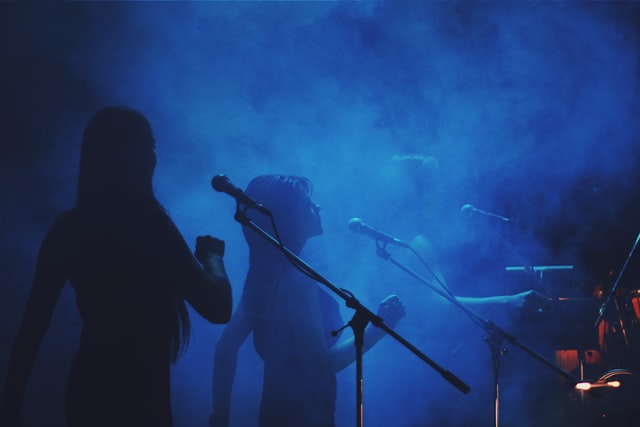 We’ll remember 2020 for many things, but the one thing that hurts blues rock fans more than most is the lack of live shows. A video concert will never replicate the adrenaline of being at a gig, and thankfully the return of regular live events appears to be on the horizon.

Several blues rock artists have already booked events into their calendar for 2021, after releasing some excellent material, and here are some who could be coming to a venue near you.

Joe Bonamassa has been playing live for over thirty years, stretching back to when he opened for B.B. King at the tender age of 12. His output in the last 15 years has been prolific, with him releasing twelve studio albums, and his latest British-Blues-inspired effort, Royal Tea, released in October.

Fans will be able to get a taste of the songs off that record when Bonamassa hits the road with his stellar band of musicians, including Rock & Roll Hall of Famer Reese Wynans and David Letterman drummer Anton Fig. At the time of writing, the New Yorker has a string of dates booked for late July and early August in California and Colorado, before jetting to Greece and Turkey to appear at the Keeping Blues Alive at Sea Fest in mid-August.

Since leaving Royal Southern Brotherhood in 2014, Mike Zito has charted a path that has led to a number one slot on Billboard’s Blues Album Chart and a Blues Music Award nomination. When the pandemic struck in March 2020, Zito was halfway through his European tour and had to cancel a series of shows.

Such a shock to the system can have a heavy psychological effect. Some people suffer from depression, others might develop an addictive disorder such as problem gambling due to the boredom, while others might be fortunate enough to do something productive with their time. Thankfully, Zito is in the latter category, and his latest album Quarantine Blues is a result of that. Dealing with the issues caused by the pandemic, the record zips along with upbeat tracks such as ‘Don’t Let the World Get You Down’ and ‘Look Out This Window’ firing things off.

It’ll be possible to hear these tracks live, along with some of Zito’s chart-topping material, when he starts performing again in 2021. His pair of shows in the Netherlands and an appearance at RBC Ottawa Bluesfest in mid-July were the first ones to be announced, but Zito could add several more to his schedule.

‘The little sisters of the Allman Brothers’ are making up for lost time in 2021. Buoyed by the success of their 2020 album Self Made Man — the record hit top spot in three UK and US charts — they’ve scheduled over 40 dates starting in Australia before embarking on a European tour between July and November.

Fans will be happy to see the Roots Rock foursome, fronted by sisters Megan and Rachel Lovell, after their electric live performances in previous years. 2014 saw them the Observer newspaper call them the ‘best discovery of Glastonbury festival’, and in 2017 they performed with Tom Petty in Los Angeles at the MusiCares tribute gig.

The 2020 Grammy Award nominees look to have an exciting 2021 up their sleeves, for themselves and their fans.

The artist formerly known as Xavier, Fantastic Negrito, is a huge fan of Prince – he even started out under the legendary funk musician’s former manager – and you can still hear his influence in FN’s latest record Have You Lost Your Mind Yet? The album has yet to reach the heights of his 2016 and 2019 releases, which both won Grammy awards, but you’ll be able to hear it for yourself in 2021 when the artist starts touring again.

Alcatraz in Milan will be the first venue to hear Fantastic Negrito’s whoops and yells before he heads to France and Spain for a pair of shows in Paris and Madrid. He then spends several weeks travelling between the UK and Italy, with an appearance at the WOMAD festival a highlight.

Devon Allman and Duane Betts formed their band in late 2018 and set out on a worldwide tour playing songs off their debut album in 2019. They followed this up with the release of ‘Bless Your Heart’ in August, which impressed critics and suggested that they are forging their own path after the incredible success of their fathers.

There’s certainly a lot of gigs to come from them. Starting early on in 2021 with dates in Texas in February, the band then continue a full US tour which takes them all the way to October. They also find time for a couple of European dates in July, with Germany and the Netherlands the beneficiaries, while they also travel to New Brunswick, Canada, in the same month.

Allman Betts should keep a look out for further dates on their official website, although with a busy schedule planned, it’s unlikely that they’ll add too many more.