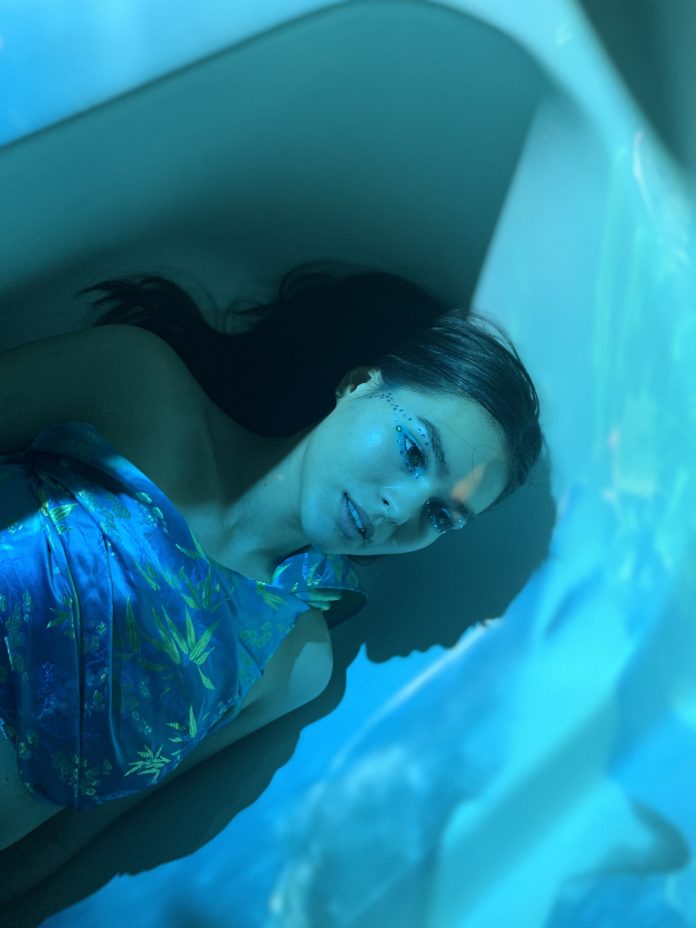 Norii, a rising San Diegan artist, released her latest single ‘Exocoetidae’ — just yesterday. To talk about the song, and her journey into music, Norii joined us for an email interview.

Hi, I’m doing well. the “t” on my keyboard is broken, so I have to copy and paste the letter every time I wanna use it. A vibe, I guess.

So, how did you journey into the music world begin?

Whenever I felt lost in other aspects of my life, I always found solace in music, so eventually I started imagining the possibilities if I practiced being more intentional with how I listen to other people’s projects, and began learning how to make my own songs that I liked. that half is all cerebral, but what kicked off my music journey in real life was when these two producers (supperclub sounds) found a Little Dragon cover I produced on youtube, and reached out to ask if I had any originals. I sent some, they liked one of them, we got coffee, we clicked, and then we recorded our first worktape!

‘Exocoetidae’ is your next single, what was the inspiration for the song?

I found this video from BBC Earth where a bunch of flying fish were being eaten from the birds above and the bigger fish underneath. Me, being pretty sad and isolated at the time, made up a bunch of parallels between my hopelessness and the doomed life of flying fish, aka, “exocoetidae.” Once I ended up revisiting the song after going through a family tragedy, it went from essentially being like, “I’m depressed sometimes, will stay this way, and that’s that” into being about how despair and exuberance depend on one another. It’s about accepting both of those inevitabilities, and even feeling empowered by them. the silver lining of rock bottom is that it’s humanity in its purest form, which is worth appreciation. And yeah, flying fish can swim and fly. that’s two things. that’s duality.

Did you have any challenges creating the song?

I did have challenges creating the song. I originally wrote the first verse as me asking my dad for advice, and the second verse as him giving me the advice I needed. Between the time I pitched the song and when we were scheduled to record it, my dad and I had a permanent falling out. that’s to say that I obviously couldn’t write the song as I’d originally intended. It ended up being a blessing in disguise, because it made me realize I had the perfect advice within me from the start! I mean, I wrote it. Once I realized that I was all I needed, the song changed into the meaning it has now.

As such a personal piece, how does the song reflect your wider discography?

What do you hope to achieve with the song?

I hope that Exocoetidae encourages anyone listening to start viewing pain and displacement as a chance to learn and fly.

Our final question, what are your plans for 2021? Any potential albums?

No albums coming in 2021, unfortunately, but I’ve got three more songs coming in the first half of the year! I’ve been sitting on them for the longest time, so it’ll be so exciting to finally let other people listen.

‘Exocoetidae’ is now available to be streamed via all major platforms.