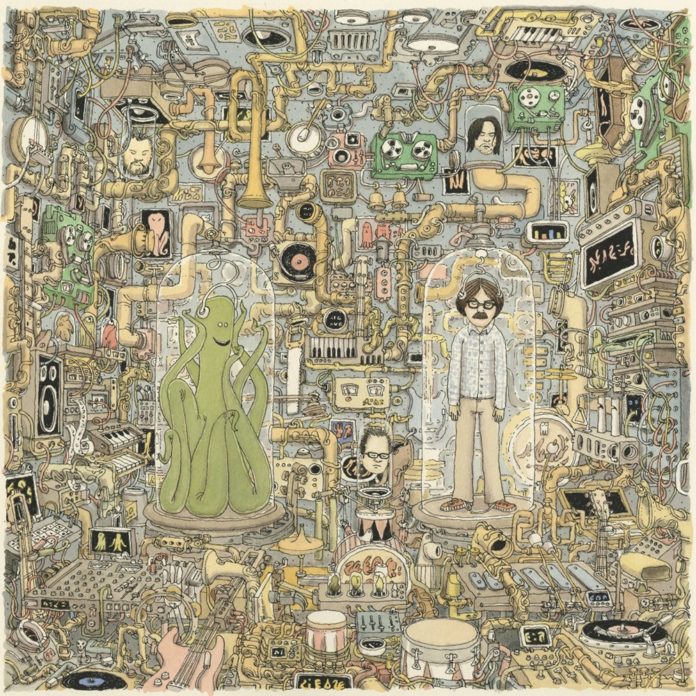 When Rivers Cuomo first started teasing OK Human back in 2019, he described it as being “in mortal combat” with the hard rock-inspired Van Weezer, the album that was originally supposed to be Weezer’s 14th LP before it was pushed back due to the pandemic. Based on their titles alone, you might expect both albums to land high on the list of Weezer’s most gimmicky full-length efforts; but if the title of Van Weezer seems to give a clearer indication of the sounds the band will attempt to emulate, OK Human appears, at least on its surface, to have little in common with the existential paranoia of the seminal Radiohead album it knowingly nods to.

Instead, the pop-rock giants’ latest is essentially a quarantine chamber-pop album that’s heavily inspired by records like Nilsson Sings Newman and Pet Sounds. Though Van Weezer doesn’t come out until May, it’s safe to assume that while the two albums are billed as opposing forces, they at least use the same ammunition: that being, of course, nostalgia, even if in this case it’s a little more off-brand. But while the influences behind OK Human might point to a band eager to explore a more interesting – or at least, different – sonic direction, the results are middling: partly because it does little to either really recapture or build upon what made those influences resonate in the first place, and partly because, even with the guitars swapped out for strings and horns, this is still unmistakably a Weezer album.

Which, of course, can be both a blessing and a curse. As is typical for a Weezer project, the quirks that occasionally cause the album to fall flat are the same ones that render it both annoyingly relatable and often compelling, both qualities that are amplified by the fact that they’re tapping into the all-too-familiar experience of lockdown. But what sets OK Human apart is that Cuomo seems genuinely more intent on embracing, well, the humanity of it all, as opposed to the smirking irony that’s been integral (and at times detrimental) to their approach. The best songs on the album are those that either pare things down to accentuate a very real and pervasive sense of melancholy, like on the Eleanor Rigby-esque ‘Numbers’ or the melodic ‘Dead Rose’, or find ways to playfully capitalize on the music’s dramatic heft, as on the surprisingly effective ‘Playing My Piano’.

As endearing as it is to hear Cuomo sing about wishing he could avoid Zoom interviews because of how absorbed he is in the creative process, it feels like the band’s undeniably whole-hearted commitment to the album’s concept is seldom accompanied by a clear artistic vision. Aided by a 38-piece orchestra as well the producer/arranger duo of Jake Sinclair and Rob Mathes, the arrangements here are vivid and refined (though Pat Wilson’s drums are often awkwardly blended), but a track like ‘Bird with a Broken Wing’ finds Cuomo struggling to either adequately carry or play off of that emotional swell. These are songs that aspire to a kind of pop universality, but whose observations about our shared experiences in the modern world end up sounding more dull than incisive. ‘Screens’ has nothing original to say about our obsession with technology (and manages to throw in a questionable BLACKPINK reference), but in case you’re tempted to mock the album’s title in the tradition of a certain meme, ‘Grapes of Wrath’ – basically an ad for Audible with no real punchline – reminds us he’s just as culpable of mindless consumption as everyone else (“I’m gonna rock my Audible/ Headphone, Grapes of Wrath/ Drift off to oblivion/ I just don’t care, I just don’t care.”)

Perhaps that’s putting too much thought into the album’s lyrical trappings. After all, Cuomo seems to always be one step ahead of the listener. But that doesn’t change the fact that, rather than the bold undertaking might one might be primed to expect, OK Human ultimately stands as a charming if innocuous artistic detour, one that seems unsure of itself as it straddles the line between sincerity and irony but at least manages to deliver some serviceable tunes in the process. It’s on the album’s briefest non-interlude track that Cuomo offers a glimpse into something greater: ‘Mirror Image’, essentially a coda to ‘Playing My Piano’, finds him shifting focus to venerate his relationship; but it’s when the orchestra subsides to give room to Cuomo and his piano that a sense of vulnerability seeps through the cracks: “Heaven, Heaven turned his back on this man/ Heaven shuts the door on this man,” he mutters. The album repeatedly hints at the fear of standing at the edge of oblivion, of becoming entirely disconnected with a world that seems to have left you behind – but it never fully channels it, instead falling back on the familiar comforts of aimlessly wandering around.

Album Review: Weezer, 'OK Human'When Rivers Cuomo first started teasing OK Human back in 2019, he described it as being “in mortal combat” with the hard rock-inspired Van Weezer, the album that was originally supposed to be Weezer’s 14th LP before it was pushed back due to the...