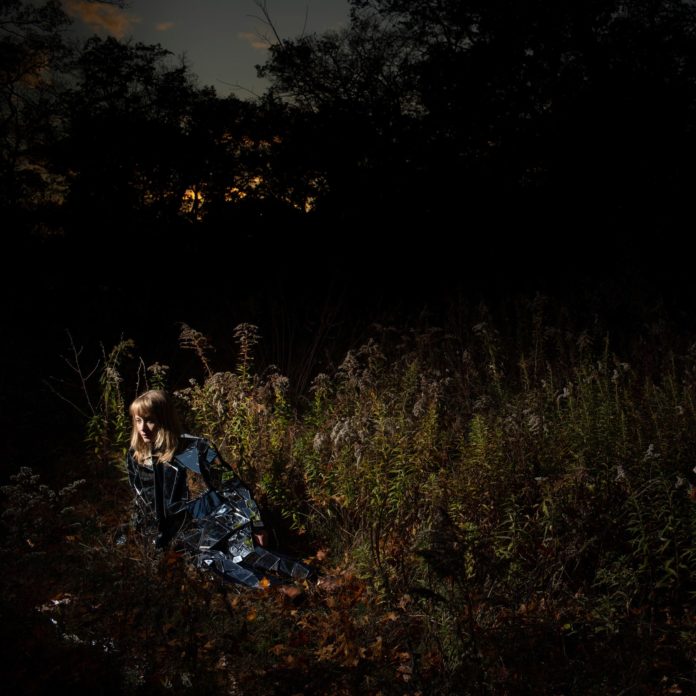 How do respond to crises? This is the fundamental question behind Toronto-based songwriter Tamara Lindeman’s fifth studio album as the Weather Station. The title of the album, Ignorance, might give the impression that the 36-year-old has arrived at a less-than-heartening conclusion, but in the process of working through different types of conflict, she has also crafted a shimmering collection of songs that tap into feelings of both profound grief and existential wonder with equal fervor. The album elegantly oscillates between the personal and the universal, at times wringing beauty out of heartbreak but more often interested in simply being in tune with it, and by extension, the world around her – a world on the brink of unprecedented environmental catastrophe.

During the making of Ignorance, Lindeman spent large amounts of time studying the climate crisis, moving from what she’s described as “simmering dread” to fully grasping the grim reality of the situation through activism. Rather than merely translating those facts into a form of protest music, the album reflects that renewed awareness more in its spacious presentation than its actual content. A stylistic leap even compared to the artist’s 2017 self-titled LP, Ignorance strays further from the spare folk of her debut and expands her palette by incorporating an array of synths, strings, and percussion hinting at 80s sophistipop and modern folk-rock; these elements seem to coexist harmoniously in the same ecosystem, its rhythms warm and inviting, but every now and then a subtle, slightly off-kilter detail will reveal the tensions percolating underneath its fragile surface: the creeping electric guitar on ‘Robber’, the growing, mutating anxiety of ‘Loss’, a whirlwind of strings offering a glimpse of apocalyptic doom right before Lindeman steps in for the final chorus of ‘Separated’.

The project’s new sonic direction is a fitting accompaniment to the richness and complexity of Lindeman’s writing, which continues to look inwards but is infused with a new kind of openness. Always anchoring in her own subjectivity, she spends much of the first half of the record presenting a series of observations: she wrestles with the effects of capitalism on ‘Robber’, admires a sunset on ‘Atlantic’, watches a bird fly around on ‘Parking Lot’, before finally arriving at a simple yet harsh realization: “loss is loss.” She sings the phrase over and over, and one hopes, the way her voice dances in the air, that the words might for once fold into “love,” but they never do. Lindeman leans fully into the melancholy of the moment, coming to terms with the weight of that truth and finally embracing her own emotional openness. “It does not matter to the world if I embody it,” she then sings on ‘Wear’, “it could not matter less that I wanted to be a part of it/ Still, I fumble with my hands and tongue, to open and to part it.” And later, on ‘Heart’: “I guess that I am soft, but I am also angry, but I will feel all my loss, I will hold my heart inside me/ My dumb eyes turn toward beauty; turn towards sky, renewing.”

On Ignorance, Lindeman is less concerned with how we should respond to crises, or even how we shouldn’t, and instead documents the journey of learning how to be more attuned with whatever response comes naturally. She calls attention to our inherent vulnerabilities as well as those of the Earth, drawing a line between humanity’s precarious nature and that of the planet we carelessly inhabit. The fact that Lindeman has always sung with her whole heart and an open-eyed curiosity only makes her refusal to succumb to indifference all the more powerful. On ‘Tried to Tell You’ – which happens to be the only song here that includes a direct reference to the state of the environment – she recalls trying to make a friend realize their true feelings about someone. “I will not help you not to feel/ To tell yourself it was not real/ And only fools believe,” she sings, almost breathless. “This is what the songs are for/ This is the dirt beneath the floor.”

Album Review: The Weather Station, 'Ignorance'How do respond to crises? This is the fundamental question behind Toronto-based songwriter Tamara Lindeman's fifth studio album as the Weather Station. The title of the album, Ignorance, might give the impression that the 36-year-old has arrived at a less-than-heartening conclusion, but in the...