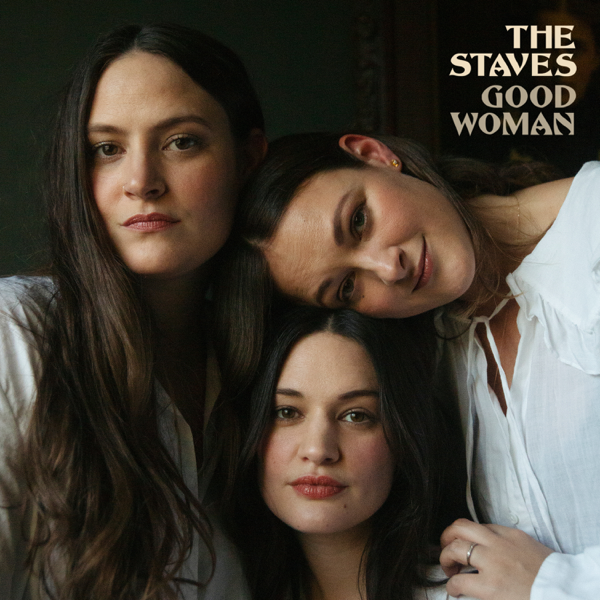 We’ve not heard from the English folk trio The Staves since 2017’s The Way is Read, a collaboration with the New York chamber music ensemble yMusic, but their absence, unfortunately, was not without reason. In 2018, the sisters’ mother – the person who had inspired them at an early age to pursue music – passed away; the following year, one of the trio, Emily, became a mother; a horrible breakup also disrupted their lives. It’s why Good Woman feels like an exercise in catharsis, a means to process the deep emotions of these events, a record for the sisters as much as anyone else.

The tight-knit group have truly mined their personal lives for the material on Good Woman. It’s an honest and mature reckoning with womanhood, love, and the patriarchy; they recently lost a good woman, they gained a new one, and they freed themselves of an unsuited ex-partner. Good Woman starts with strength in numbers on the title track: lots of female voices gather in the background, including that of their mother and grandmother. “I cover my mouth and I straighten my back,” is the sardonic acknowledgment of staid gender roles. They’re similarly self-deprecating and acerbic on ‘Failure’: “I’m a failure now/ No one wants to sing with me,” is the hyperbolic admission.

More often though, they are open and serious. “When I’m late out, I can hear your keys in the door/ I wanna believe it,” they sadly sing on ‘Sparks’. “All the kicks in the ribs/ But they can really make you weak,” they sigh during ‘Careful, Kid, reflecting on the realisation that a relationship was abusive. ‘Nothing’s Gonna Happen’ is the gorgeous heart of the album, a tender and plain folk song that captures the tension of post-breakup existence: “Nothing’s gonna happen with your back against the door/ Could I be the only one still waiting/ I can wait some more.” Surviving a difficult breakup is about the tug-and-pull of our fears and emotions; we want to give them another chance, a little more time, but we know that it’s really a futile endeavour. It’s why the sisters juxtapose their awareness of the folly of waiting with the assertion that they might do it longer anyway.

Although mostly self-produced, the sisters recruited the acclaimed producer John Congleton to assist them, and his efforts were both a blessing and a blight. He encouraged them to write more honestly and directly about their emotions, which can be felt throughout the album. At times, however, he also overwhelms the tracks with production that recalls his work with more exuberant artists such as St. Vincent and Sharon Van Etten but doesn’t entirely fit the intimacy of the group’s harmonies. ‘Careful, Kid’ is slathered in pounding drums and gritty guitars. ‘Sparks’ and ‘Best Friend’ are loud and uptempo indie pop (the latter an ode to high school memories). The melodrama of ‘Devotion’ and theatrical ballad ‘Satisfied’ sound more befitting of a HAIM record.

The Staves’ intertwining voices are, of course, too beautiful and well-honed at this point to be dominated too much though. A quiet track like ‘Paralyse’ is when the structure is at its best and their voices most prominent, a simple lo-fi acoustic ballad of aching romantic notions. “Don’t snuff me out/ I used to be magic, I used to be rage/ Uncontained,” the sisters fire at the unnamed ex. It’s direct and meaningful and unburdened by any domineering production.

The album closes, effectively, with the piano-led song ‘Waiting On Me To Change’. It’s a melancholic ending but a confident one: after admitting that the ex has consistently implored them to become a different person, the sisters cry “I’ll change when I want to.” Four albums in, The Staves are certainly doing that; there aren’t as many with as consistent and individual a catalogue in folk music as them in recent times.

Album Review: The Staves, 'Good Woman'We’ve not heard from the English folk trio The Staves since 2017’s The Way is Read, a collaboration with the New York chamber music ensemble yMusic, but their absence, unfortunately, was not without reason. In 2018, the sisters’ mother - the person who had...