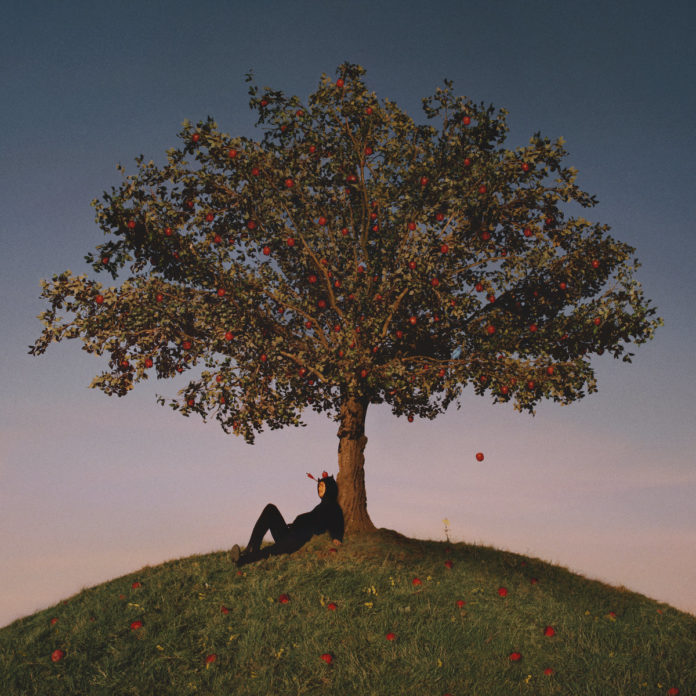 Slowthai makes the focus of his sophomore album clear on its title, spelling out his first name in all caps. Born Tyron Frampton, the Northampton rapper’s 2019 debut, Nothing Great About Britain, made an impression partly because it was the rare full-length outing that was chock-full of personality without being derailed by ego, introducing slowthai as a powerful voice that could channel private thoughts while holding up a mirror to the destructive forces of the culture around him. Over the following months, however, his own destructive behaviour began to tarnish his reputation, leading up to his infamous appearance at last year’s NME awards, where he made lewd comments and gestures to the show’s host, comedian Katherine Ryan, and got dragged out by security following an altercation with a member of the audience.

After issuing an apology and receiving support from Ryan – even going as far to forward his ‘Hero of the Year’ award to her – he made another statement, this time in song form, with the standalone single ‘ENEMY’. Arriving – though somewhat coincidentally, as the album’s release date was pushed back to due to COVID-19 – exactly a year after the disastrous incident, some might cynically assume that TYRON’s introspective turn is nothing more than a calculated PR stunt. But aside from the fact that slowthai’s music has never shied away from vulnerability or introversion, part of what makes his new album compelling is that he’s quick to lay out his shortcomings: the Skepta-featuring highlight ‘CANCELLED’ might strike one as an audaciously unapologetic response to all the backlash, but it also openly displays the rapper’s controversial persona before attempting to shatter that image and reveal the humanity behind it.

In a way, the setup of the album is deceptive. Split between two sides, the first rife with all-caps bangers and the second with lowercase, meditative cuts, TYRON traces the journey of self-discovery while delivering what fans have come to expect from him. Slowthai plays into that dichotomous framing despite being fully aware of the real complexity behind it: “My heart and mind are at war and my soul’s out here playing piggy in the middle/ Why do I feel like I’m holding the short straw?” he raps on ‘PLAYING WITH FIRE’, effectively a bridge between the two sides, but also an indication that they’re both part of the same nuanced self-portrait. Though short of any real lyrical highlights or a coherent narrative, the first half anchors in slowthai’s elastic flows, mischievous defiance, and sense of humour, which pair nicely with Kwes Darko’s boisterous, trap-leaning instrumentals. He’s in especially top form on tracks like ‘VEX’ and ‘DEAD’, while Skepta and A$AP Rocky make memorable though not show-stealing appearances on ‘CANCELLED’ and ‘MAZZA’ respectively.

The first side also feels like a sort of outpouring of energy before slowthai is able to tap into his softer, more contemplative side on the back half. Though this is hardly new territory for the rapper, pulling those qualities further into focus does allow him to embrace them in a more open and incisive way, and it’s where his personal and artistic growth shines the most. Rather than purely a framing device to break down the expectations propped up in the first half, the lowercase songs serve as an honest and humble portrayal of his struggles with mental health and personal relationships. Wherever you’d expect a song to go based on the first half, slowthai steers it in the opposite direction: ‘focus’ is a classic rags-to-riches tale, but his tone is somber and weary as he looks back on those left behind (“I miss my brothers, I miss my fam’ as well/ Everybody else can go and fuck their self”), while ‘terms’ avoids the boatsful self-aggrandisement of ‘CANCELLED’, instead speaking to the sense of dehumanization that fame insidiously brings about.

By the time we reach the three outstanding final tracks, there’s no denying that slowthai’s in a different place than where the album started off. But that place is still complicated and messy, and he makes no effort to hide his depression in favour of some clear-cut but vapid resolution: “Living and I’m dead/ Caught in Charlotte’s Web/ I can’t feel myself/ Mind complexity/ Be the death of me,” he declares at the end of ‘adhd’, struggling to rise above the depressive pull that left him so drained of energy on ‘nhs’. ‘feel away’ might appear out of place as a hip-hop ballad about lost love, but slowthai’s earnest delivery, as well as James Blake and Mount Kimbie’s soulful contributions, render it an unexpected stand-out. By contrasting his seemingly conflicting tendencies, TYRON highlights slowthai’s multifaceted personality but falls short of charting a path through it, making it feel both genuine and transitional, even fragmented. While it may lack the intensity and striking vision of his debut (it also runs a lot shorter), the attempts at compartmentalizing and reflecting on his own image feel like a necessary step to figuring out his next move, as bold as it may be.

Album Review: slowthai, 'TYRON'Slowthai makes the focus of his sophomore album clear on its title, spelling out his first name in all caps. Born Tyron Frampton, the Northampton rapper’s 2019 debut, Nothing Great About Britain, made an impression partly because it was the rare full-length outing that...