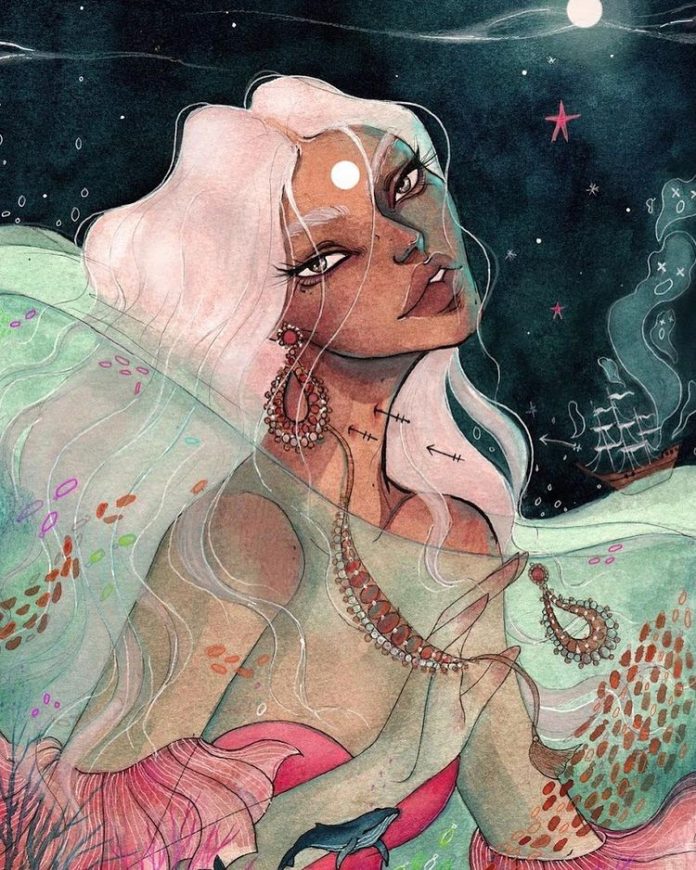 Darshini Chetty (@darsh_illustration on Instagram) is a fourth generation South African-South Asian creator currently based in South Africa. With a degree in Architecture, Darshini is fascinated with multiple realms of art, including fashion, illustration and animation. Her passion for art and design was sparked early in life, largely due to time spent with her maternal grandmother, a dressmaker. The illustrator’s interests developed from there; during her university years, Darshini developed a stronger sense of visual style and technique and a deeper focus on storytelling through art.

Much of the creator’s work is inspired by her own interpretation of ideas that mean a lot to her and the communities she is part of. The catalyst could be anything from a line from a book or film that left a strong impression, to a mood surrounding an environment captured on camera. Growing up, Darshini was introduced to how reading can open up new worlds by her mother, so books have also helped her imagination run free. Of course, the artist’s own identity, background and heritage are inextricable from each creation.While usually painting with watercolors, Darshini has recently begun exploring and incorporating digital elements in her artwork. With piercing eyes, defined lips, ornate accessories and powerful auras, the illustrator’s creations quickly come to life. Darshini’s artwork embraces magical elements, ranging from small, elegant fairies to translucent ghost-like beings. 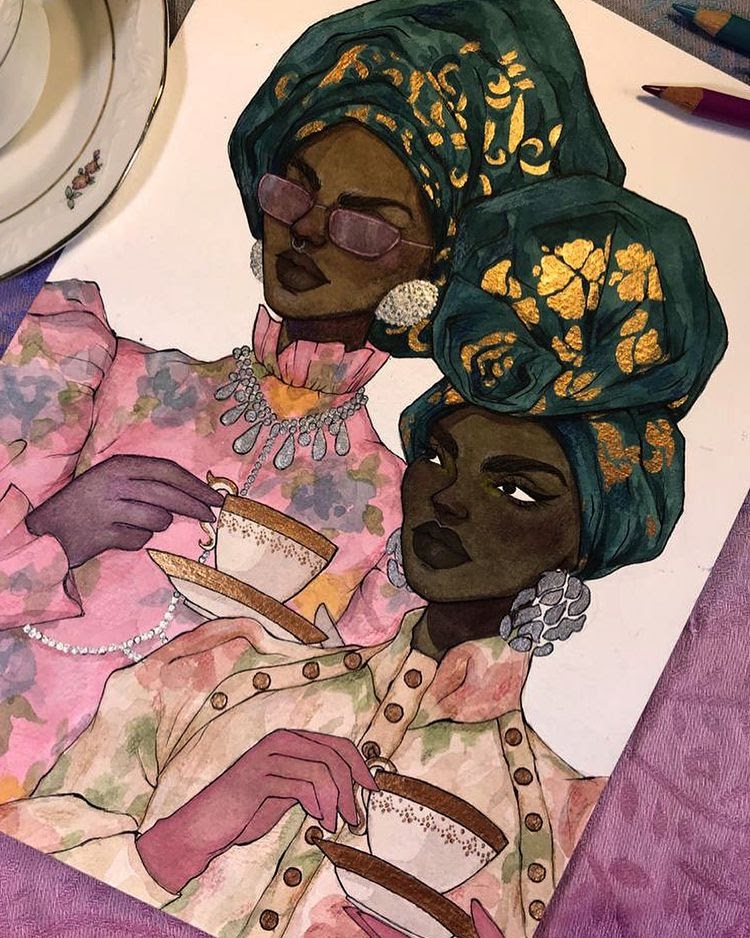 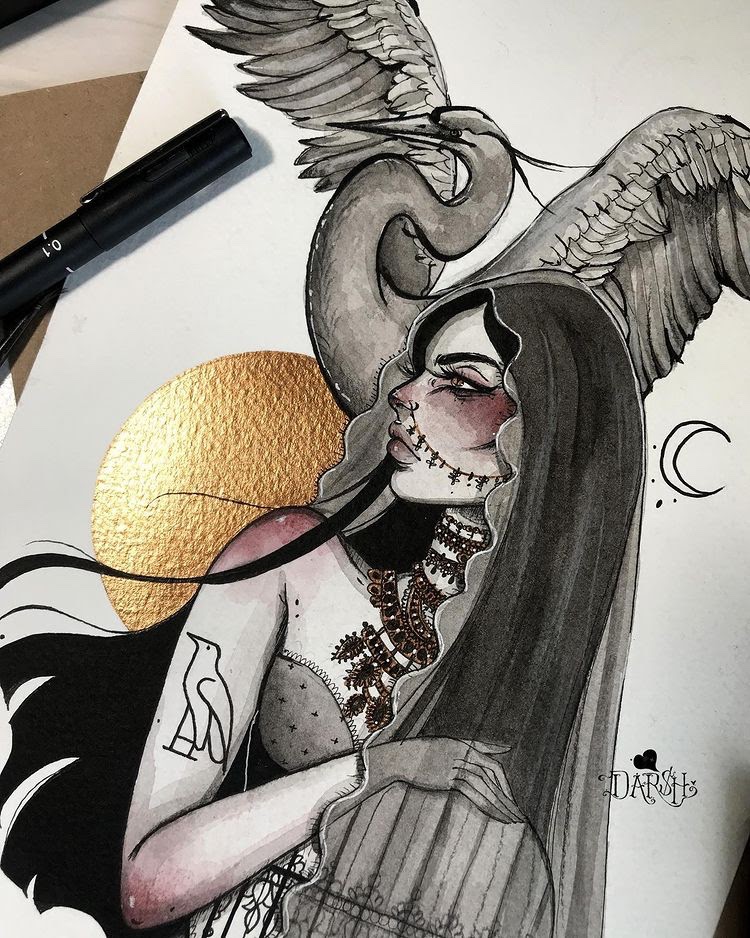 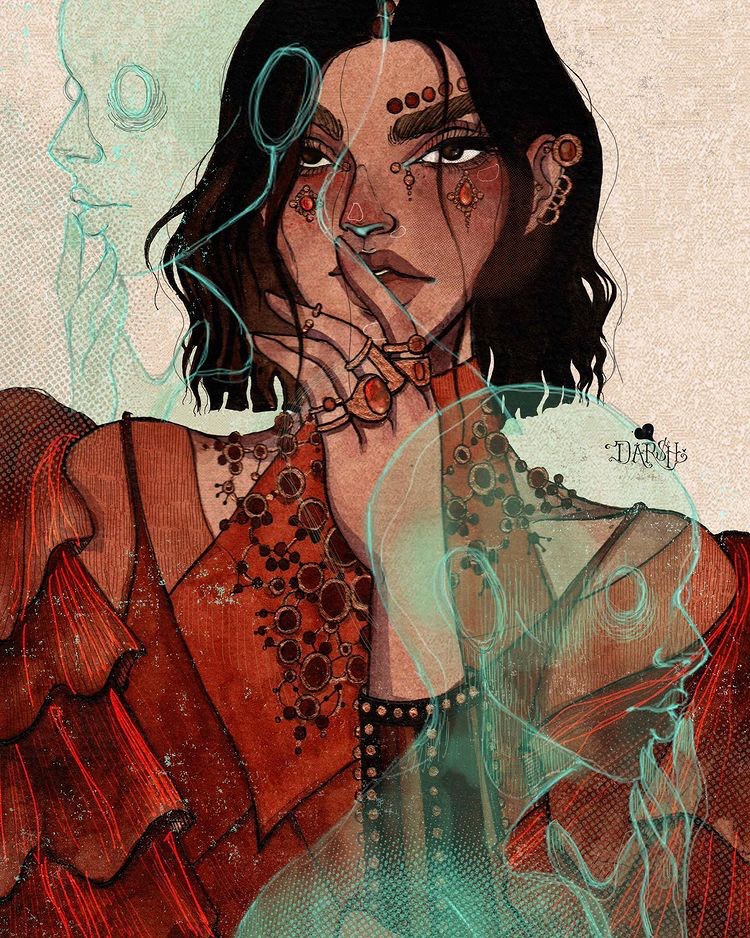 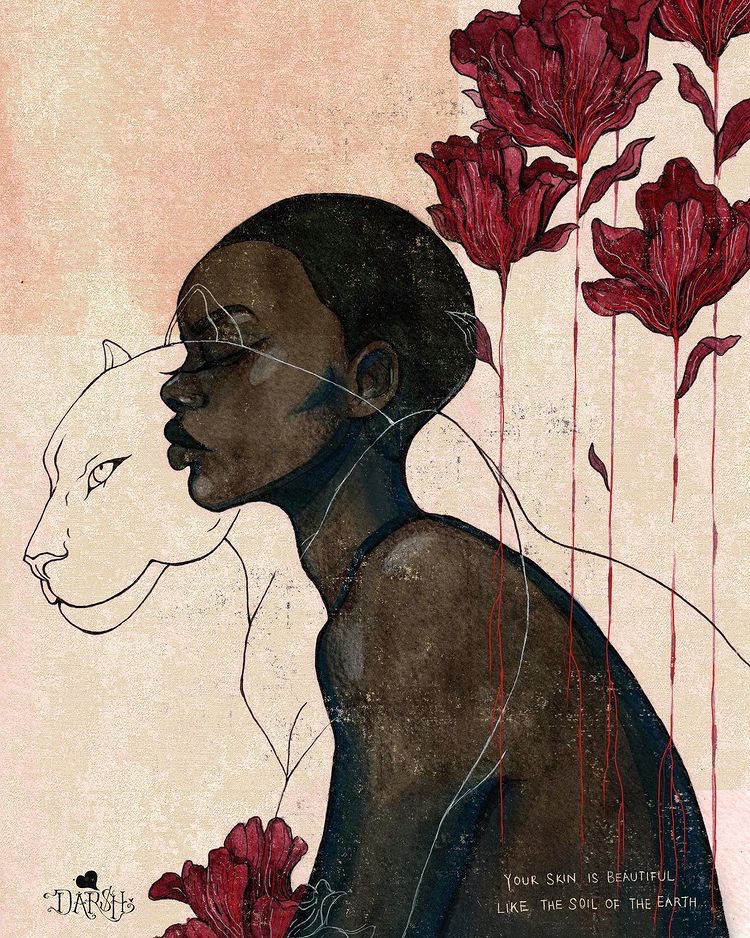 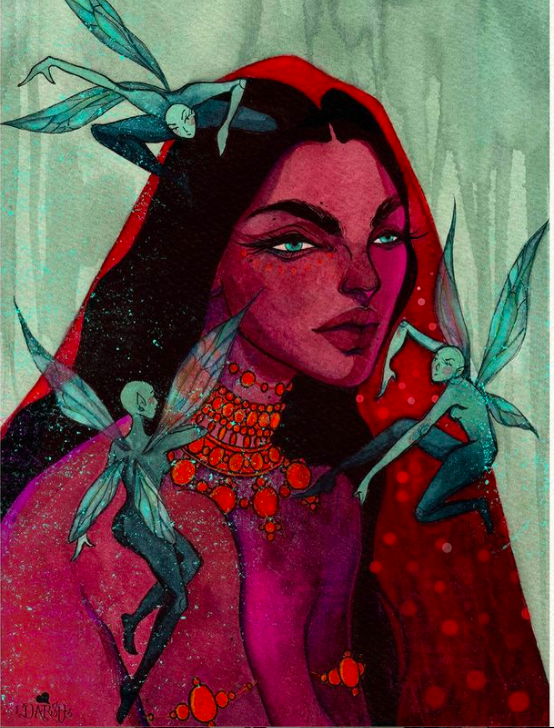