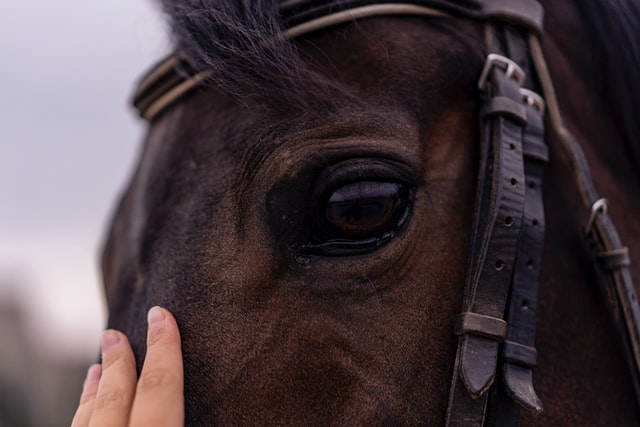 The Cheltenham Festival is fast approaching. Four action-packed days at Prestbury Park await us in March, and it will certainly be enough to keep us entertained should we still be in lockdown by then. Many punters will undoubtedly have their eyes fixed on the Cheltenham results in the hopes that their singles, doubles, trebles or accumulators come rolling in.

Of course, everybody loves a good outsider at the Cheltenham Festival, and to save you the time of scouring through the form guides to find one worth backing, we have done all the hard work. So, read on as we list some of the outsiders who could be in with a shout in the big races at this year’s meeting!

Franco De Port pulled up in the Grade 3 Handicap Hurdle at last year’s Festival. However, he has bounced back since then with two victories at Thurles and Leopardstown in Ireland. His Boxing Day win at Leopardstown is worth noting as it was the Willie Mullins-trained horse’s first victory at Grade 1 level. The six-year-old is a 16/1 shot for the Arkle on day one, but given his recent form, he might not be a bad each way shout! The Leopardstown Arkle on February 6th could be a good indication on how he will get on at Cheltenham.

Concertista is another Mullins-trained horse who could nab a victory from left of field. The seven-year-old won the Grade 2 Mares’ Novices’ Hurdle by a comfortable 12 lengths last year, and she has been in inspired form since, with two further victories at Fairyhouse and Leopardstown. It’ll be a big ask for Concertista to beat the likes of Epatante, but at 10/1, she could worth backing each way in the Champion Hurdle.

The Queen Mother Champion Chase is set to feature a highly competitive field this year with Chacun Pour Soi and Altior both returning from the injuries which made them miss out on last year’s race, whilst defending champion Politologue will also line-up for starter’s orders. However, when studying the form guides, you can’t help but notice First Flow. With six wins on the trot, including in the Grade 1 Clarence House Chase at Ascot, where he beat Politologue by some seven lengths, the 14/1 shot is in red-hot form. Given the Kim Bailey-trained horse’s form, and the fact he beat Politologue rather comfortably, you wouldn’t be surprised to see his name amongst the placings.

A Plus Tard – Ryanair Chase

A Plus Tard and jockey Rachael Blackmore are no strangers to winning big races. The pair have already won together at the Cheltenham Festival, with the seven-year-old winning the listed Novices’ Handicap Chase in 2019, and since then they have won twice at Grade 1 level: the Paddy’s Rewards Club “Loyalty’s Dead, Live For Rewards” Chase and more recently the Savills Chase at Leopardstown. A Plus Tard has placed in all 10 of his races since joining Henry de Bromhead’s stables, and at 16/1 for the Ryanair Chase, an each way beat is far from a bad shout.

Flooring Porter may be making his debut at the Cheltenham Festival this year, but it would be foolish to rule him out on that account. After all, he is already a Grade 1 winner. The six-year-old was an 11/1 shot to win the Christmas Hurdle at Leopardstown back in December, but in the end it was a rather comfortable victory for the Gavin Cromwell-trained horse, as he went on to beat The Storyteller by six lengths. With back-to-back victories and having placed in each of his last six races, odds of 16/1 are fairly tempting.

Just last month, Royale Pagaille was as far out as 30/1 to win the Festival showpiece, the Gold Cup. But after three successive victories, those odds have since been slashed to 12/1. The Rich Ricci-owned horse hadn’t won in nine outings. However, the tides turned in December when he won the Betfair Exchange Novices’ Chase at Haydock and a Handicap Chase at Kempton. A further victory at Grade 2 level back at Haydock in January in the Peter Marsh Handicap Chase had the bookies rethinking his place in the market, and he’s certainly worth keeping an eye on.