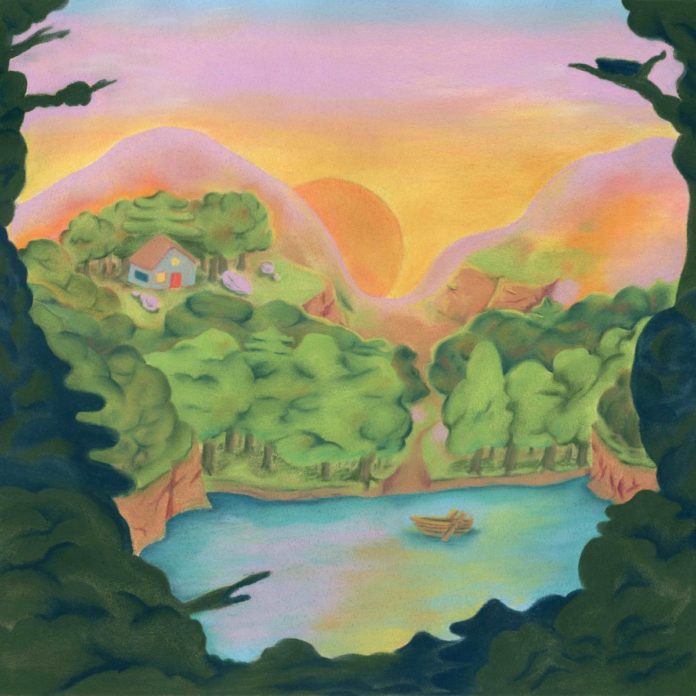 Michael Doherty’s lyrics can feel like you’re bearing witness to a small but important discovery. The one that opens his debut LP with Another Michael – initially a solo project but now a three-piece featuring bassist and producer Nick Sebastiano and guitarist/keyboardist/vocalist Alenni Davis – will be familiar to any music fan. “We were up late online talking about new music/ And you sent me a link to a song that I’d never heard before,” he sings warmly before his voice hits a stunning falsetto: “I need to get my headphones on.” No more than thirty seconds in and the music compels you to do the same, just to make sure you’re taking in all of its lush intimacy, or you might want to pause and send the link to a friend. “Just think about the long pause after it’s gone,” he ponders, but it comes out more like an invitation.

Though clocking in at just 35 minutes, it’s in these long stretches of time – when you’re going on a walk or a ride or making dinner with a friend – that much of New Music and Big Pop seems to come alive. They serve as the catalyst for a series of intimate thoughts and feelings, which Doherty presents in an evocative, stream-of-consciousness manner. It’d be easy to coast on the relatability of its opening lines, but what makes ‘New Music’ more interesting is how he steers the song in an increasingly confessional, introspective direction. Lyrics like “I am thinking about my own life and for that I feel ashamed” or “I am willing to hold myself and put up with this awful loneliness” might make you think you’re listening to a Pinegrove song – which makes sense considering the two bands have toured together – but Doherty, Sebastiano, and Davis infuse their songs with enough personality to confirm they’ve spent as much time honing in their own sound as they have sharing their love of other people’s music.

One of the features of their sound is how naturally pleasant and amiable it is, as if the group have charitably imparted some part of their own connection into it. Recorded in a small A-frame house they turned into a makeshift studio outside Ferndale, NY, the process of making the album was both collaborative and intuitive, and that approach comes through as much in the album’s lyrics as the looseness and vibrancy of the arrangements. It’s often at its most animated that their music shines the most: ‘I Know You’re Wrong’ sports a sprightly guitar progression to accompany Doherty’s emotive, pitch-perfect delivery, while ‘Big Pop’ channels the group’s pop influences for an infectious tune that’s also the record’s most memorable highlight. The album rarely loses its distinct flavour, even though a slight proclivity towards lighter hues, as well as the band’s tendency to spread out its palette a bit too thinly, can make some moments pale in comparison to others.

A more distinguishing quality is how present and inward-looking Doherty’s songwriting can be. “I’m thinking of my day as I go,” he hums on ‘My Day’, and it often feels like he’s approaching his writing in a similar way. There’s a lot of art about the making of art, but Doherty seems less interested in intellectualizing that process than simply relaying it in plain terms: how listening to a song can make you want to “be in on all of this” and “make something timeless,” what it’s like trying to turn a bad conversation into a good song, or simply how joyful it can feel to pursue that creative drive. Despite what its title may suggest, though, music is far from the only subject permeating New Music and Big Pop. Doherty uses it more as a vessel to explore deeper personal questions, or simply a means of setting the scene: during a Phil Elverum-esque passage on ‘Hone’, he mentions “a great record that Evan showed me last week,” drawing attention less to the unnamed record than the specificity of that exchange.

As invigorating as these small discoveries can be, much of the album is preoccupied by the kind of emptiness that’s hard to fill with momentary pleasures. ‘What the Hell is Going On?’ finds Doherty asking that question with heart-rending earnestness, unable to wrestle with the reality of a lover leaving for good. But it’s the following track, ‘I’m Not Home’, that marks an unexpected shift in tone, its jarring minor chords evoking the lows of depression that Doherty expresses in the lyrics. You almost wish the band had delved into more of these dynamics throughout, but New Music and Big Pop is the kind of introduction that peaks your interest just enough to want hear more, not least because of the way it ends: One of the few tracks that sets its gaze on the future, ‘Shaky Cam’ acknowledges a sense of aimlessness and uncertainty, yet showcases a band capable of distilling those emotions into a thing of dizzying beauty.

Album Review: Another Michael, 'New Music and Big Pop'Michael Doherty’s lyrics can feel like you’re bearing witness to a small but important discovery. The one that opens his debut LP with Another Michael – initially a solo project but now a three-piece featuring bassist and producer Nick Sebastiano and guitarist/keyboardist/vocalist Alenni Davis...