Album Review: Kings of Leon, ‘When You See Yourself’ 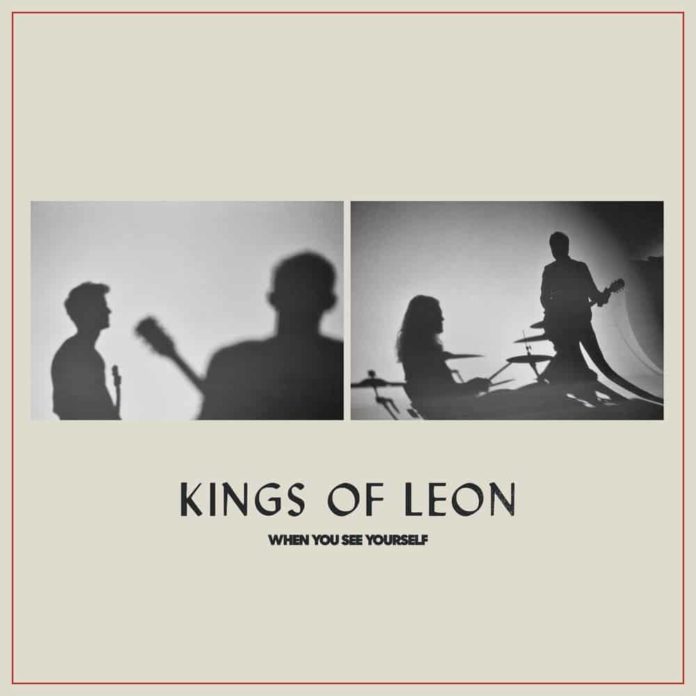 Kings of Leon may have started teasing their new album almost a year before it was officially announced in early January, but most people didn’t become aware of its existence until just days ahead of its release. That’s when the Tennessee four-piece suddenly became part of the larger cultural conversation surrounding crypto art, becoming the first major rock band to release an album in the form of a non-fungible token (NFT) and thus prompting a swath of articles longer than any review of the album itself could reasonably be. It’s ironic to think that a band with such a consistently regressive approach to rock music would want to have any stake in the future of the industry at this stage in their career – especially when their name sits alongside that of someone like Grimes, ever the futurist – but then there’s always been a rift between the band as an institution and the band as a group of musicians, and innovation has hardly been the primary force behind either of them.

Needless to say, When You See Yourself is not the sound of a band making history. For a typically revivalist alt-rock act like Kings of Leon, it’s barely even the sound of a band chasing history, or attempting to relive the heights of their own late-aughts hits. If you’ve followed the Followills’ career up until this point – this is now their eight studio outing – it may not surprise you that their latest effort is as unremarkable as it is broadly serviceable. But in half-tempering their arena-sized ambitions, they’ve ended up with a collection of songs that, remarkably, favour subtlety over soaring riffs and shallow choruses, even if the end result still borders on bland indifference. ‘When You See Yourself, Are You Far Away’ serves as a promising introduction to the album, a near 6-minute opener that puts more emphasis on building momentum than arriving at any particular destination or climax.

Kings of Leon still trade in the same predictable formulas, but this time a few noticeable variations lend an atmosphere of understated languor that reflects the album’s loose thematic thread. ‘100,000 People’ conjures a late-night vibe redolent of the group’s pensive ballads, but its dreaminess is aptly juxtaposed with the core sentiment of love persisting through time – even if the “you do” refrain inadvertently revives the by-now irrelevant ‘Southern U2’ tag, practically killing anything the song had going for it. ‘A Wave’ is a low-key highlight buried in the middle of the tracklist, shimmying through a cooing, M83-esque synth that producer Markus Dravs (known for his work with Coldplay and Arcade Fire) nicely blends with the rest of the song’s neon palette. Elsewhere, on tracks like ‘Time in Disguise’ and closer ‘Fairytale’, Followill’s vocals get lost in the mix in ways that hint at a sense of aimlessness without really evoking it, and the same can be said of his vaguely inscrutable lyrics (“I’m going nowhere, if you’ve got the time”).

As is to be expected, When You See Yourself does have its more energetic moments: the anthemic ‘Echoing’ would have fit snuggly on the band’s previous album, 2016’s WALLS, while ‘The Bandit’ harkens back to their Youth and Young Manhood days and almost carries that same youthful energy. The mid-tempo late album cuts ‘Supermarket’ and ‘Claire & Eddie’ are pleasant while they’re on, but it’s hard to see any of the songs here competing with the band’s strongest or most memorable material, even in a live setting. Followill’s invocation to “come a little closer” on ‘Time in Disguise’ mostly has the effect of reminding the listener that they’ve yet to top the best song in their catalogue. On ‘Claire & Eddie’, he brings to mind another one of their hits as he sings, “Fire’s gonna rage if people don’t change,” and you’d be forgiven for not realizing he’s talking about the destruction of the Earth. It’s the following line, stripped out of context, that’s more telling: “A story so old, still so original.” Kings of Leon could have a firmer grasp on that second part.

Album Review: Kings of Leon, 'When You See Yourself'Kings of Leon may have started teasing their new album almost a year before it was officially announced in early January, but most people didn’t become aware of its existence until just days ahead of its release. That’s when the Tennessee four-piece suddenly became...