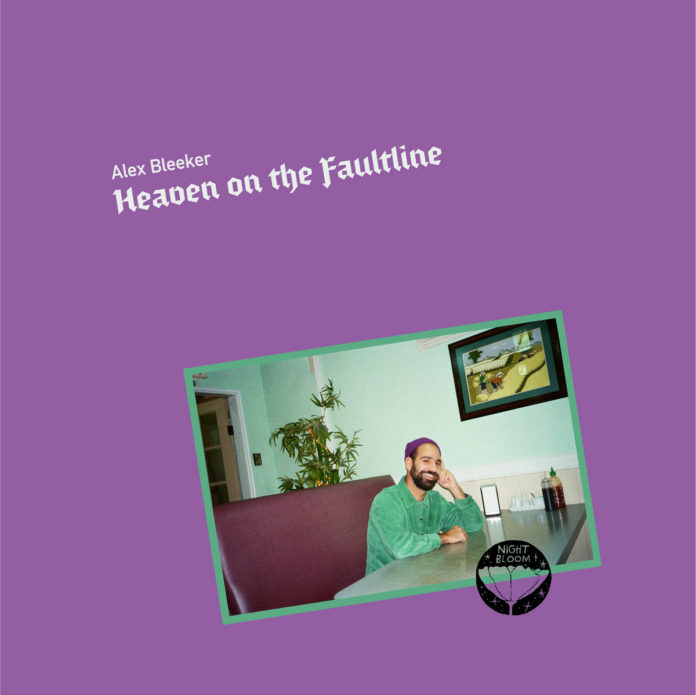 When you’re the bassist for Real Estate, one of the most amiable indie-rock outfits of recent times, what do you do as a solo artist? You make something just as pleasantly enjoyable, judging by Alex Bleeker’s first solo album in six years. This is to do Heaven on a Faultline a disservice though, as it’s a collection of homespun sounds that signal Bleeker’s intent to remember the music that made him fall in love with the form in the first place. So what we get is jangling indie-rock reminiscent of fellow New Jersey-ites Yo La Tengo crossed with country folk that honours Neil Young.

And homespun wasn’t used as a mere descriptor here: Bleeker initially made the album in his bedroom, actually finishing it in January 2020 before the world was set alight. After watching Real Estate’s fifth album come out last February and being swallowed by the onrushing COVID-19 pandemic, spending the remainder of that year trying to connect with fans in any way they could, his solo effort has finally seen the light of day.

Given that this was essentially a record for Bleeker himself to explore his music roots, it’s testament to the quality of the songs that they connect to another listener at all. It serves as a warm and gentle amble through his music history, full of grooving bass and twanging guitar. Tonally pleasant tracks like the jangly instrumental ‘AB Ripoff’ and the meandering ‘Swang’ abound. The melodies, simple yet memorable, come to Bleeker with an apparent effortlessness,  as on the vintage-tinted ‘Mashed Potatoes’ or the swaying ‘La La La’. The only outlier is the dirty and groovy psychedelic track ‘Heavy Tupper’.

Heaven on a Faultline is an album of transitions. Lyrically, Bleeker deals with the anxieties of a changing world: ‘D Plus’ may contain chiming guitars but it was written on the day of Donald Trump’s presidential inauguration; the jaunty ‘Felty Feel’ sees him considering climate change and his feeling of powerlessness in the face of it, marking the juxtaposition of bleak words and upbeat rhythms with a certain passivity: “Let’s just not talk about it/ Seriously what’s the use/ Don’t mean to be a downer/ But there’s nothing I can do.”

Bleeker also uses the album as a way of processing his geographical roots. The double hit of ‘Tamalpais’ (itself a peak in California) and ‘Twang’ are his musings on leaving behind the East Coast for California; “I can’t find the rhythm,” he sighs on the latter. He ends the album with ‘Lonesome Call’, a cry from the dust bowl, a sweet acoustic folk number. Bleeker appears to be a man stuck between places and feelings: “You had a 20th century style but it’s the 21st century now,” he says to a character in ‘Mashed Potatoes’, but it could easily be a remark tossed his own way. Yet it shouldn’t be any other way: as music increasingly moves towards post-genre chaos, a gentle reminder of the qualities of the former century’s finest musical styles is welcome. Bleeker may never make a record that is overpowering, but what this little collection of guitar highlights does do is make you want to retreat to your own room and record with the instrument immediately.

Album Review: Alex Bleeker, 'Heaven on a Faultline'When you’re the bassist for Real Estate, one of the most amiable indie-rock outfits of recent times, what do you do as a solo artist? You make something just as pleasantly enjoyable, judging by Alex Bleeker’s first solo album in six years. This is...