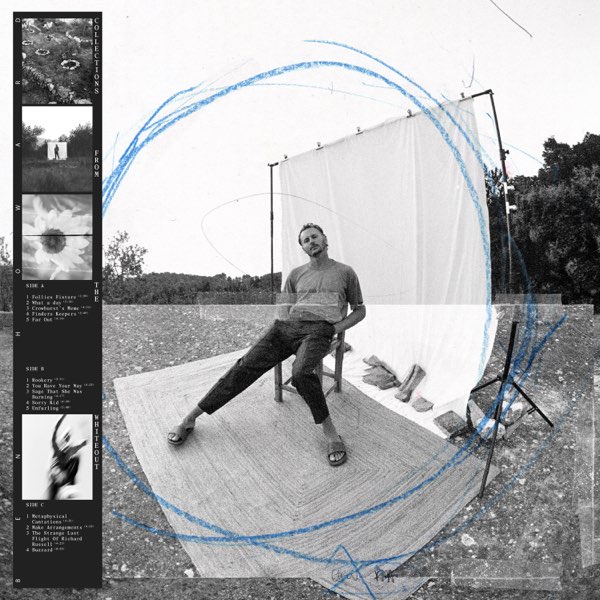 A decade ago, the music career of Ben Howard seemed pre-ordained. The singer-songwriter’s debut album, Every Kingdom, was a mainstream sensation: it was nominated for the Mercury Prize and earned Howard Brit Awards for British Male Solo Artist and British Breakthrough Act. He was anointed as the next soft indie folk singer-songwriter from England – after Ed Sheeran – to become a ubiquitous presence. 2011 was a treacherous time to be consumed by the success of the indie folk genre in the country, but something always seemed to separate Howard from his peers. When the shy, laidback man from Devon shuffled onto the stage to collect those Brit awards, he didn’t seem to relish the occasion; the accolades, the fame, were secondary to his art.

So Howard kept pushing himself creatively in the time since then, often to mixed results on albums like I Forgot Where We Were and Noonday Dream. Collections From The Whiteout, his fourth full-length, is his most exploratory release yet. It didn’t hurt that he recruited au courant producer Aaron Dessner of The National to work alongside him, as the two make for a compact and complementary pairing here. Unlike another one of Dessner’s recent collaborators, both men come from a sombre sonic background, which carries over into the atmosphere of this record with only a few slight embellishments.

Swirling synths wobble around a tale of lost love in the city of love, Paris, on the melancholic and pensive ‘Follies Fixture’. ‘Metaphysical Cantations’ similarly strikes a fine balance between electronic flourish and idiosyncratic folk, while its direct follow-up, ‘Make Arrangements’, is played almost like a chanting sea shanty. The drummer Yussef Dayes contributes on the contemporary jazz track ‘Sage That She Was Burning’ and elsewhere on the album. But there are enough moments of old Howard to satisfy casual fans, such as the mellow ‘Rookery’ and the classic folk piece’ Far Out’. The closing song, ‘Buzzard’, is also the type of short and sweet folk that Howard can pour out endlessly and effortlessly.

Lyrically, Howard pushes himself into new and intriguing territory. He turns to history to find curious and gruesome tales, an escape from his own life. ‘Crowhurst’s Meme’ centers on the true story of the death of the amateur sailor Donald Crowhurst; ‘Sorry Kid’ was influenced by the notorious fraud scandal surrounding Anna Sorokin in 2013; ‘Finders Keepers’ is the sad tale of a father who discovers a dead body floating in a suitcase. A lot of the narratives are alarmingly unsettling, but it’s refreshing to hear Howard exploring different lyrical avenues.

With its historical stories and rhythmic experimentation, Collections From The Whiteout is an evolution for Howard, if a somewhat uneven one. Perhaps the highest compliment that could be paid to it, though, is that it’s almost impossible to imagine any of his peers from those heady days at the beginning of the last decade making a record as bold and challenging record as this. Nothing about Ben Howard is ordained these days.

Album Review: Ben Howard, 'Collections From The Whiteout'A decade ago, the music career of Ben Howard seemed pre-ordained. The singer-songwriter’s debut album, Every Kingdom, was a mainstream sensation: it was nominated for the Mercury Prize and earned Howard Brit Awards for British Male Solo Artist and British Breakthrough Act. He was...