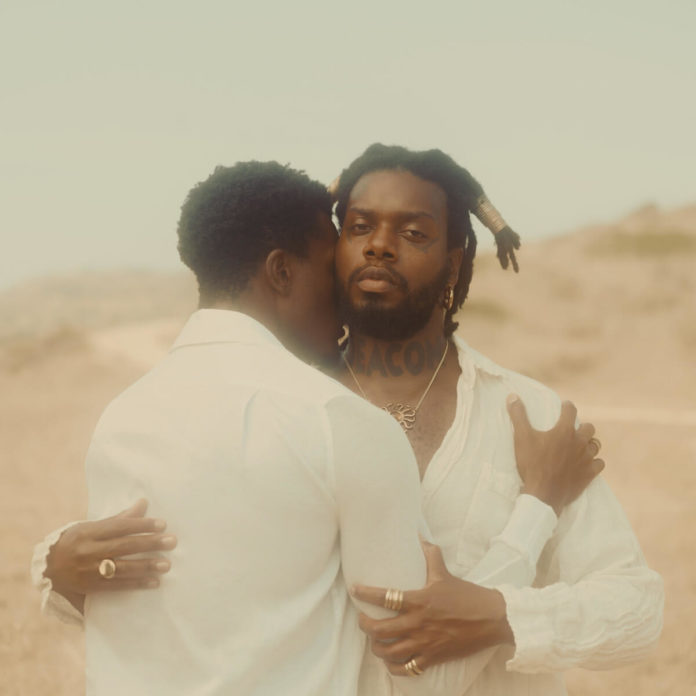 Unless you were living under a rock, you’ll have noticed that Lil Nas X recently released a new song that caused quite the furor: unashamedly sexual and unflinchingly open, ‘Montero (Call Me by Your Name)’ and its accompanying video felt like a seminal cultural moment for the black queer community. On the same day, serpentwithfeet – another black queer artist – released his second album, DEACON; and while its quiet and intimate sensualness didn’t attract anywhere near as much criticism or attention as the bold iconography of Lil Nas X’s single, it felt in its own inimitable way even more vital.

Serpentwithfeet – otherwise known as Josiah Wise – has spent much of his career spinning tales of love and sexuality, but on DEACON, he sounds at one with domestic bliss. It’s joy instead of pain; it’s peacefulness instead of melodrama. His gospel R&B aesthetic suits the narrative content, too: every swooning harmony and every freeing falsetto feels like deliverance, a token from the romantic honeymoon phase of a relationship. DEACON is minor-key R&B, all the songs short blasts of airy whispers. The production is extremely minimal, almost ambient in places; it’s why a track like ‘Dawn’ sounds so gorgeously hymnal.

‘Wood Boy’ is the only time on the album where serpentwithfeet dissolves into a kind of sexual frenzy, in case the song’s title hadn’t given it away. He reserves other moments to remember former partners: “blessed is the man who wears socks with his sandals,” he comically recalls about ‘Malik’; a memorable date with ‘Amir’ is also discussed. Perhaps some of it teeters into tweeness; Wise happily croons about having the same size shoes as his “boo” on ‘Same Size Shoes’ and gets excited about watching “Christmas movies in July with you” on ‘Fellowship’, but you certainly don’t begrudge him for it.

In contrast to Lil Nas X’s uncompromising ecstasy, Wise revels in pure simplicity. It’s the complete opposite of hard-hitting, but that’s precisely the point: this is a piece of art so controlled by its creator’s vision, overflowing with the joy of being able to portray black queer love as something spiritual and precious and, above all, normal. “Don’t tell me the universe ain’t listening,” Wise sings majestically on ‘Hyacinth’, and this line feels the weightiest of all: there is no higher power decrying being black and queer, the universe being only in acceptance and supportive of love in all its forms.

Album Review: serpentwithfeet, 'DEACON'Unless you were living under a rock, you’ll have noticed that Lil Nas X recently released a new song that caused quite the furor: unashamedly sexual and unflinchingly open, ‘Montero (Call Me by Your Name)’ and its accompanying video felt like a seminal cultural...