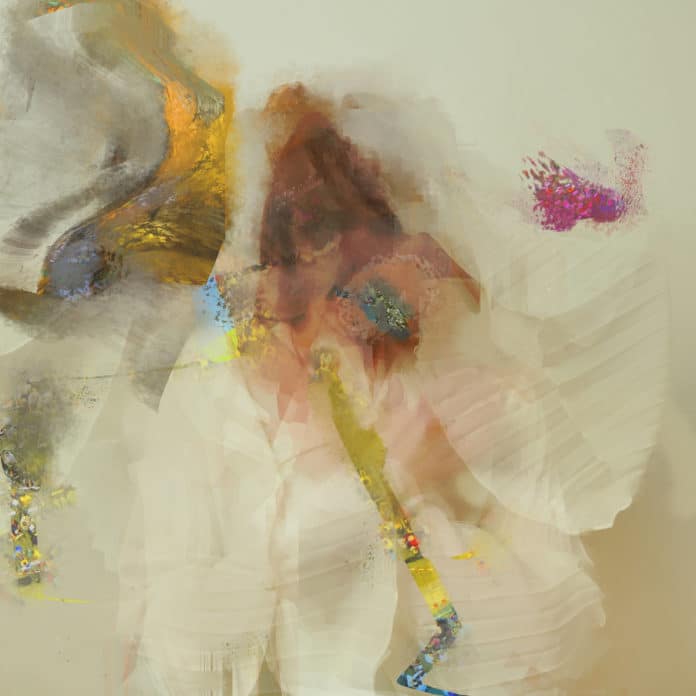 Much of Jenn Wasner’s career so far has been defined by collaboration: best known as one-half of the indie rock duo Wye Oak, the Baltimore-born, Durham-based artist has also formed the more pop-oriented project Dungeonesse with musician Jon Ehrens, and over the last few years has been a touring member of groups like Bon Iver and Sylvan Esso. In 2016, she released her first solo album under the Flock of Dimes moniker, If You See Me, Say Yes, recorded mostly alone with the intention of focusing on her own artistic vision. But in the middle of a pandemic, and still processing the dissolution of a relationship, that sort of creative isolation no longer seemed like an enticing prospect. Her second full-length – following a surprise EP last year, Like So Much Desire, her first release for Sub Pop – was co-produced by Sylvan Esso’s Nick Sanborn and recorded in quarantine with a handful of collaborators, including Hand Habits’ Meg Duffy on guitar and her Bon Iver bandmate Matt McCaughan on drums.

Despite and perhaps because of that shift, Head of Roses represents a natural step forward in Wasner’s artistic evolution. Flock of Dimes was originally conceived as a more straightforward counterpart to Wye Oak’s often cryptic presentation, and seeing Wasner continue to open up as a songwriter on her sophomore release renders it an even more direct and honest achievement, one that centers on feeling rather than concept or narrative. And it is, more importantly, still a profoundly personal record, showcasing her strengths as a lyricist and musician who’s able to comfortably explore new territory without using it to shield herself from vulnerability. Sanborn’s synth textures provide rich layers for her and the listener to swim around, but the production extracts a wholly different kind of magic out of Wasner’s emotive voice, by far the most powerful and engaging presence on the album.

It’s only fitting, then, that it’s the first thing we hear: “How can I explain myself?” she sings on opener ‘2 Heads’, her voice nearly unrecognizable as it’s cast through a host of effects and electronic flourishes, fractured and folding in on itself to evoke the questions of identity that result from heartbreak and deep, irreconcilable grief. Throughout the album, she reckons with parts of herself that feel foreign or unreachable, getting lost in distant fantasies (as on the tender, achingly earnest ‘Hard Way’ or the spine-chilling ‘One More Hour’) but finding pockets of truth in the process.

Those realizations often carry an electric charge, and she channels that anger through a rugged, fiery guitar solo on ‘Price of Blue’, where she finds herself “alone behind the eye of your electric stare/ Reflections in your mirror I’ve become.” On the ethereal ‘Lightning’, the last song Wasner wrote for the record, she revisits the same idea but does so from a place of reflection and maturity, her voice clear amidst a spare, dreamy guitar: “When you dressed me in a different skin/ I forgot who I am,” she admits, closing off with the album’s biggest revelation: “I want the lightning/ But I can’t have it like that.”

Though a breakup album at its core, what ultimately makes Head of Roses resonate is that it’s about, and borne out of, a craving for human connection – and the ways we try to hold on to those sparks of intimacy without losing our individuality. Even on the ebullient ‘Two’, the closest the album comes to a pop song, she can’t close her eyes to the questions that invade her mind: “Can I be one?/ Can we be two?/ Can I be for myself?/ Still be still with you?” Wasner doesn’t offer any direct answers, and by the end of the album, we find her in more or less the same place she was in the beginning: still longing, still working to get through it. But the musical progression towards a softer, melancholy indie folk mirrors the subtle changes that come with the passage of time – there’s a heaviness that comes with being aware of the infinite spaces your body can occupy, of letting it all swell up in your chest, and a freedom in it, too.

Album Review: Flock of Dimes, 'Head of Roses'Much of Jenn Wasner’s career so far has been defined by collaboration: best known as one-half of the indie rock duo Wye Oak, the Baltimore-born, Durham-based artist has also formed the more pop-oriented project Dungeonesse with musician Jon Ehrens, and over the last few...