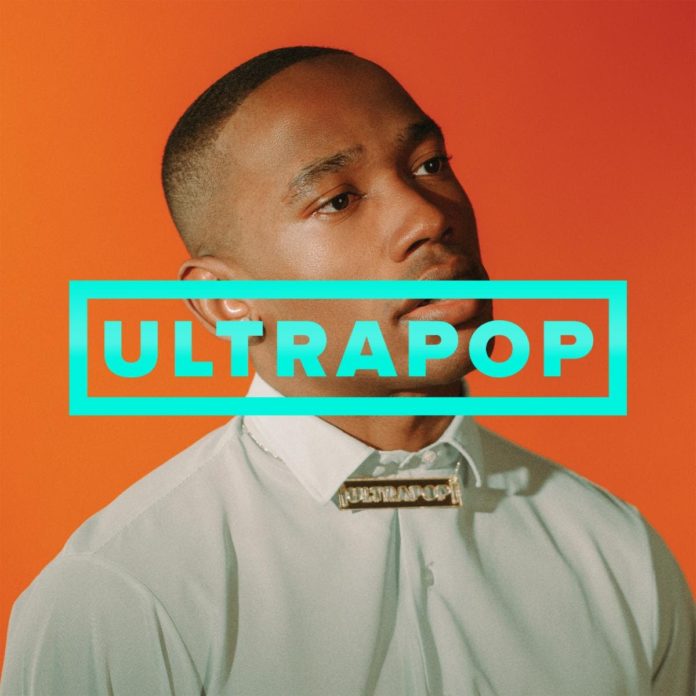 The Armed maintain that “the clear genesis” of their new album, ULTRAPOP, had to do with the fact that the aptly named Clark Huge, a longtime member of the notoriously enigmatic hardcore collective, is also a professional bodybuilder. Less beholden to genre classifications than their Bandcamp bio would suggest, the apparent eight-piece set out to mirror both the musical transformation and identity play that started with 2018’s Only Love by following a strict meal plan and workout regimen that – like many of the band’s performative stunts – is as fascinating to read about as it can be distracting. The music on ULTRAPOP, one of the most riveting and ambitious releases of the year so far, is muscular and abrasive and primed for maximum impact, but none of it is propped up by mythos or pretence. There’s a reason its members have been more open about revealing their true identity: at the heart of this performance art project lies a human sincerity no amount of complicated antics can disguise, one that is most clearly reflected in their latest release.

The Armed’s fourth full-length is a magnificent manifestation of their unique vision. As the group’s mastermind Dan Green (who could just be executive producer Kurt Ballou using a pseudonym) puts it in an introductory essay, ULTRAPOP “seeks only to create the most intense experience possible, a magnification of all culture, beauty, and things.” He goes on to categorically describe it as “a joyous, genderless, post-nihilist, anti-punk, razor-focused take on creating the most intense listener experience possible.” Having a work of art be defined by the absence of or opposition to certain ideals can make it feel hollow, but universal identifiers like beauty and joyous are as vividly captured here as the band’s aversion to established formulas and social structures. (While the lyrics are generally cryptic, ‘ALL FUTURES’ seems to directly critique this kind of reactionary mindset: “It’s meaningful if nothing’s meant/ Maybe a race to nowhere, but I still hope that I win/ I’m anti anti anti anti anti anti anti anti.”) The music pummels and soars and whirls and sticks, the excess more gratifying and cathartic than it is alienating. “It’s the harshest, most beautiful, most hideous thing we could make,” Green proclaimed, and it’s in that contrast that the record owes much of its power: not so much balancing the loud and the delicate but creating a space where both can thrive.

Not even the title of the album is ironic: ULTRAPOP might make you wonder what would happen if PC Music had a hand in Deafheaven’s success, but it sounds less like the unexpected pairing of two disparate forces than a dozen minds operating as one – even when Queens of the Stone Age’s Troy Van Leeuwen and longtime collaborator Mark Lanegan step in as guests. The production is so overwhelming yet immaculately rendered that’s it’s hard to pick out a single moment, the sonic equivalent of a light bright enough to burn your eyes but whose intensity shines through in shimmering layers. The opening title track opens the floodgates, its heavenly synth melody refracted through “A crooked lens/ Distorted visions,” while the closing track ‘THE MUSIC BECOMES A SKULL’ builds on a similar dynamic to convey a more direct and haunting message: “What a brilliant show/ Now get off/ You have been dethroned.”

For an album that does such an effective job of not only capturing but also sustaining your attention, the fact that it ends on such a dispiriting note is slightly perplexing but ultimately not that surprising. If the obfuscated narrative surrounding the band can serve as a distraction, then the disorienting nature of their music is as essential as the blasts of noise coming through Cara Drolshagen’s shrieks or Ben Koller’s relentless drumming. You might wish there was more to latch on or relate to in terms of the project’s overall character, but there’s a certain pleasure in finding yourself dissolving into the mix, too. ULTRAPOP doesn’t so much push the boundaries of pop and heavy music as much as it heats them into vapor, resulting in an album equal parts euphoric and chaotic.

Album Review: The Armed, 'ULTRAPOP'The Armed maintain that “the clear genesis” of their new album, ULTRAPOP, had to do with the fact that the aptly named Clark Huge, a longtime member of the notoriously enigmatic hardcore collective, is also a professional bodybuilder. Less beholden to genre classifications than...