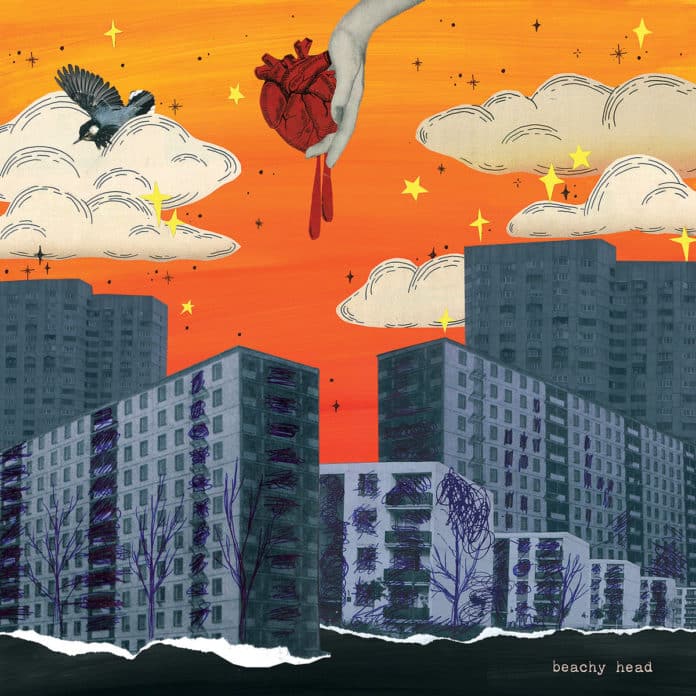 It was a sublime joy when Slowdive, one of England’s great bands, reunited in 2014 after almost two decades away. Their comeback album, 2017’s self-titled effort, was as strong as we could have expected it to be, both familiar yet innovative. Then they went away again, leaving us waiting on the arrival of their fifth album – their second since reuniting – which they’re currently working on. Not content to just focus on that, the band’s guitarist Christian Savill has formed a new project, Beachy Head, recruiting a cavalcade of talent to back him up: Ryan Graveface (Dreamend, The Casket Girls), Steve Clarke (The Soft Cavalry), Slowdive’s own Rachel Goswell, and Matt Duckworth (Flaming Lips) all lend their considerable support.

On Beachy Head’s self-titled debut, Savill has followed the playbook of Slowdive’s last album. Much is familiar about the album, many dreamy shoegaze pieces. But there’s also attempts to innovate, as several outlying tracks see him venture into other genres; some of it works, and some of it doesn’t. Though Savill started writing these songs in 2019 with no set vision in mind, they now mostly sound like realized pieces rather than rough sketches.

His guitar is as superlative as ever, drifting and weaving through tracks like the melancholic ‘Warning Bell’ and the tender yet assured dream-pop track ‘Distraction’. ‘Michael’, mirroring Slowdive’s penchant for song titles named after a certain person, is sweeping and swirling shoegaze. The haunting and chilly ‘All Gone’ is arguably where he comes closest to capturing that ethereal and untouchable beauty of Slowdive’s best songs, while the slow and ephemeral ‘October’ is similarly imbued with a faint romanticism that is pleasant to observe.

‘Looking for Exits’ is affrontingly fuzzy, recalling the most mediocre 90’s alternative rock with its guitar line. ‘Hiddensee’ (a car-free island in the Baltic Sea) is a fast and frenetic attempt at synthpop that feels too disorientingly energetic considering the atmosphere that surrounds it. ‘Destroy Us’ then aims for bombastic euphoria to close the record. The whole endeavour recalls when Radiohead guitarist Ed O’Brien released his debut solo album, Earth, last year, to middling acclaim; both Earth and Savill’s album are perfectly serviceable and earnest, but lack the mystifying and weighty quality that marks their main band.

For those not from Southern England, there is a helpful bit in the liner notes: “Beachy Head is a chalk cliff in Sussex. It’s one of Britain’s most popular beauty but also a notorious suicide spot.” Such haunting juxtaposition is what the greatest shoegaze music can conjure: a swirling mass of confliction, terrible beauty, gorgeous but depressing. Such a well of emotion, though, Savill struggles to find on his debut.

Album Review: Beachy Head, 'Beachy Head'It was a sublime joy when Slowdive, one of England’s great bands, reunited in 2014 after almost two decades away. Their comeback album, 2017’s self-titled effort, was as strong as we could have expected it to be, both familiar yet innovative. Then they went...