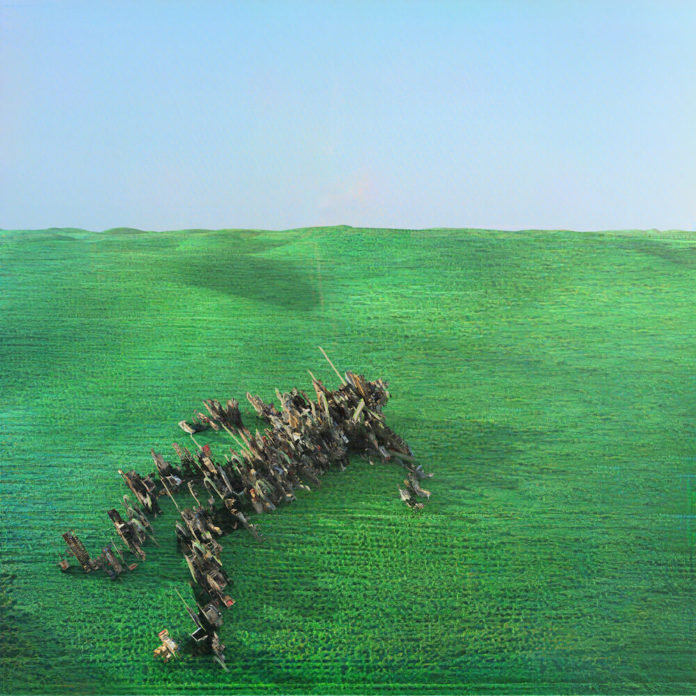 Despite its prevailing tendency towards nihilism, the recent post-punk revival relies just as much on moments of pure catharsis and joy. Since forming at college six years ago, Brighton five-piece Squid – Ollie Judge, Anton Pearson, Louis Borlase, Arthur Leadbetter, and Laurie Nankivell – have perfected that contrast over a series of well-received singles that leaned more heavily on nervous ecstasy than apocalyptic gloom. ‘Narrator’, the lead single off their debut album, Bright Green Field, served as the most of exhilarating display of the band’s strengths as well as their willingness to work around them: a near-9-minute epic that builds to a thunderous coda, the song features guest vocals from Martha Sky Murphy, whose lingering, powerful presence introduces new dynamics into an already explosive track. The rest of the teasers hinted at a similar direction: ‘Pamphlets’, the album’s closing track and one of the oldest songs written for the album, also spreads out over eight minutes, anchoring in a noisy, propulsive groove and bending it until it resembles some sort of release.

“Although thematically it’s not really about joy, ‘Pamphlets’ is quite a joyful track,” Pearson explained in an interview. This is partly what demarcates Squid from their contemporaries: while their lyrics can be downbeat and their performances unnerving, there’s an infectious energy to their eclectic blend of jazz, krautrock, funk, and post-rock that’s designed to retain the listener’s attention rather than make a show of their versatility. But though they’ve showcased an impressive command of space in their singles, Bright Green Field would confirm whether they could achieve the same impact in the album format. Clocking in at almost an hour, the LP not only does that, but also reveals the true scope of their ambitions: even at its most wildly experimental, the album never loses its sense of momentum, zooming out of a specific scene to paint a grander and more frightening picture.

‘Boy Racers’ most strikingly sets forth the band’s dual focus. Placed right after ‘Narrator’, the first half of the track has a rhythmic, almost pop-indebted immediacy, before segueing into an ambient section led by a siren synth and a sample of a medieval instrumental called a racket, which producer Dan Carey manipulates to haunting effect. Even then, the diversion feels like a necessary component of the band’s disorienting and unrestricted vision, as thrilling and liberating as a euphoric climax. “Are you suspended in time?/ Does anyone even know what you might look like?” Judge sings, questions that might as well concern the nature of the album.

It’s clear that Squid have structured the album based on their musical instincts rather than any thematic throughline. Though their songwriting process is entirely collaborative, Judge writes most of the album’s lyrics, which expose the trappings of modern society by drawing on a wide range of cultural influences, imagined places, and real-world environments – especially London. Most of their impact is derived from Judge’s frenzied, yelping delivery, which is far from distinctive for the genre but whose fervour always feels as sharp and intentional as the music. On ‘Paddling’, a tense, layered highlight about the pressures of consumerist culture, Judge’s vocals never settle into a single mood, mirroring the anxiety of its surroundings and the yearning to escape the cycle of conformity.

Squid can be as inventive with their lyrics as they are with their arrangements, but even as the songs here touch on interrelated subjects, they also present opportunities for improvement. Judge’s impressionistic details are clever and thought-provoking, but they don’t always feel as carefully orchestrated in the context of the album as its sonic accompaniments. This approach doesn’t detract from the intensity of the album, but it does make one wonder what a more conceptual Squid record would sound like. Bright Green Field lays out a scene both massive and claustrophobic, its characters as lost as they are connected, all – narrator included – aching to break free. For them, the release never really comes.