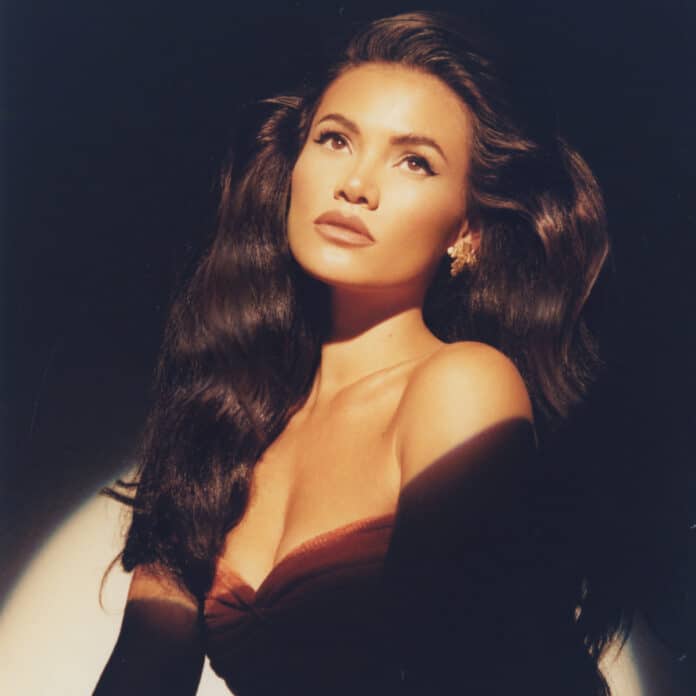 In the eponymous opening track of her sophomore album, Ready Is Always Too Late, Sinéad Harnett commits to action. Among swirling harmonies and patterns of twinkling keys, she renounces hesitation, declaring, “Waiting in this fear is impossible to me.” The song announces a leap of faith, and yet Harnett’s plunge from the precipice seems only to bring her closer to herself.

The album’s lush, soul-tinged R&B is the sonic embodiment of Harnett’s growing confidence. The chorus of the second track, ‘Stay’, consists entirely of the drawn-out vowel of this single world, mirroring the sense of blossoming trust that is laid out lyrically. Harnett’s vocals are elevated to perfection by a blend of classical production and electronic R&B, with strings rising gently to meet the drum track as the song fades out. Such tranquil grandeur is reinstated by the beachy funk of ‘Take Me Away’ as Harnett sketches a desire for escape alongside hip-hop pair EARTHGANG. After a decade in the music industry, Harnett’s discography boasts multiple collaborations, and she is joined by a number of features on this record. Notably, the irresistible groove of ‘Stickin’’ is bolstered by the talents of R&B duo VanJess and singer Masego; Harnett’s assertion of faith on the track is made all the more bold by a shifting landscape of electronic elements, as synth, keys, and snapping drums erupt and recede. Meanwhile, R&B maestro Lucky Daye enters to mine the ruins of a past relationship on ‘Anymore’. Among fluttering acoustic melodies, Harnett’s falsetto reaches celestial heights as she murmurs, “I miss the way it hurts.”

This sense of longing shimmers in the next track, ‘Hard 4 Me 2 Love You’, one of the album’s first singles. “If this is you on a bad day/ It must have been a hell of a year,” Harnett laments. Her own devotion is countered by a nameless lover who seems to linger far behind: “It’s almost like you want me to give up,” she reflects on the pre-chorus. The production here is sparing, with scatterings of sparkling piano melodies and a delicate blend of harmonies. Harnett may know herself, but her vulnerability still casts shadows that linger throughout the record.

It is vulnerability, indeed, that permeates both Harnett’s first full-length project, 2017’s Chapter One, and her follow-up, Lessons in Love, released in 2019. The latter closes with the avowal, “You ain’t nothing if you give into your fears,” and this sentiment stands at the heart of her new release as she excavates strength from instances of fragility. ‘Like This’ is certainly emblematic of Harnett’s newfound confidence, as she intones, “After the rain is when you see the sunshine/ They was a set up, but baby I’m the punchline.” Her sultry vocals mesh with bouncing drums and a jubilant brass section to generate an effortless, soul-saturated groove. This is R&B so smooth that it seems almost to draw out time; for all of Harnett’s self-declared alacrity, her music exudes a kind of inexorable languorousness, an ability both to advance and to pause and reflect. If she is diving from a cliff, she is taking the opportunity to savour the descent.

The album’s final tracks demonstrate a curious mix of introspection and playfulness. ‘Obvious’ is an exercise in self-restraint, though there is, thankfully, nothing restrained in the infectious, reggae-tinted funk that accompanies Harnett’s musings. “I only want you when I’m lonely/ Promise not to chase you when I get so/ Lonely,” she sings, adding, “It’s just so hard to feel all the things that I wish I could feel.” On ‘Distraction’, however, she is engaging in just the right amount of feeling: “Take you there where I know you wanna go/ More high than you ever been before,” she hums, and snatches of pitched-up vocals create a breezy, old-school feel that rounds off the record with perfect coolness.

Whether swooping from a great height or finding quiet intermission, it seems Harnett is an artist who possesses an enviable command of time. No matter where she chooses to go next, she has succeeded in crafting a luxuriant sophomore album that expertly captures her own journey.