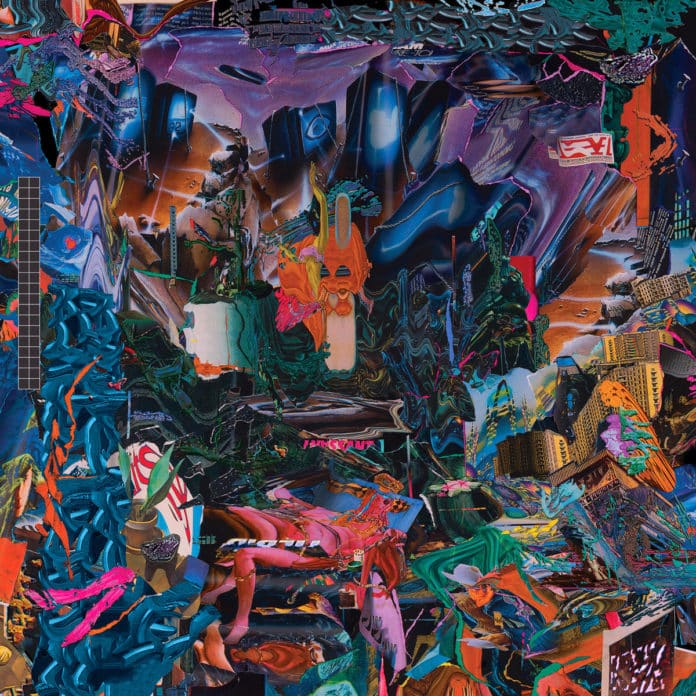 Two years ago, black midi captured the attention of virtually everyone interested in rock music of the more adventurous variety with their ferocious, boundary-pushing debut, Schlagenheim. No matter how challenging their eclectic blend of freeform jazz, prog-rock, and post-punk could be, there was something undeniably exhilarating and raw about the way they presented it – even if one might have occasionally (and understandably) felt their music teetered on self-indulgence, it was almost impossible not to be captivated by its wild twists and turns. For all its uncompromising force, what Schlagenheim potentially lacked was not accessibility, but staying power; though it imprinted itself on your brain, that initial thrill diminished upon repeated listens. Cavalcade is different.

Make no mistake: the London art-rockers don’t sacrifice one bit of their chaotic ethos on their sophomore full-length, but their focus does shift significantly. Though as restless and unpredictable as its predecessor, Cavalcade shows a band willing to introduce more structure and atmosphere into their normally improvisational style, though it’s not its harmonic elements that stand out as much as the music’s intentionality and nuance. Their debut wasn’t entirely devoid of quieter, more composed moments, but compared to something like ‘Reggae’ or ‘Of Schlagenheim’, Cavalcade’s ‘Diamond Stuff’ seems less concerned with quickly ratcheting up tension or catching the listener off guard than the simple but delicate act of building mood. One of two songs fronted by bassist Cameron Picton, the second longest track on the album starts off with two minutes of spare acoustic guitar, each slight fluctuation in intensity adding to the song’s volatile, foreboding ambiance before gently rising to a cosmic, downright haunting outro.

The album’s other astonishing centerpiece, which comes right before ‘Diamond Stuff’ and is also led by Picton, is the deceptively titled ‘Slow’. As ominous as it is hyperactive, the track veers off in a dozen different directions, balancing technical precision with a propulsive edge and ultimately erupting in a whirlwind of frantic guitars and screeching saxophone. Opener ‘John L’ takes this approach to maddening extremes: it’s purposefully disorienting and dissonant, yet performed in such a way where the abrasion becomes infectious. The notable addition of piano and strings, as well a greater experimentation with space, hints at the heightened theatricality that defines the album. ‘John L’, for example, finds guitarist and frontman Geordie Greep embodying the cult leader that gives the song its title to eerie effect: “In all the world there’s no escape from this infernal din,” he declares. Though his delivery is bound to be no less divisive than it was on Schlagenheim, here it blends into the cacophony rather than serving as a distraction.

Cavalcade does have some unusually straightforward moments, but in “relentlessly trying to untie our knots, of rivers and roads that defy all sense,” as Greep sings on the gentle ‘Marlene Dietrich’, the music only becomes more complex and elusive. Even the orchestral coda at the end of the 10-minute closer, ‘Ascending Forth’, isn’t satisfying so much as it warrants a perplexed laugh (to say nothing of the song’s main double entendre). By adopting a more compositional and vaguely conceptual approach, black midi have only enhanced the absurdist sense of humour that has always pervaded their music. They’re also less lyrically clumsy than some of their post-punk peers, so none of it comes off as overly portentous or contrived. But there is still a mysterious aura surrounding the collective, one that’s reflected in the album’s knotty, ambiguous arrangements, and that near-cynical distance might eventually become tedious if it drags out to another album cycle. It remains to be seen, after this grand finale, whether they’ll offer a peek behind the curtain.

Album Review: black midi, 'Cavalcade'Two years ago, black midi captured the attention of virtually everyone interested in rock music of the more adventurous variety with their ferocious, boundary-pushing debut, Schlagenheim. No matter how challenging their eclectic blend of freeform jazz, prog-rock, and post-punk could be, there was something...