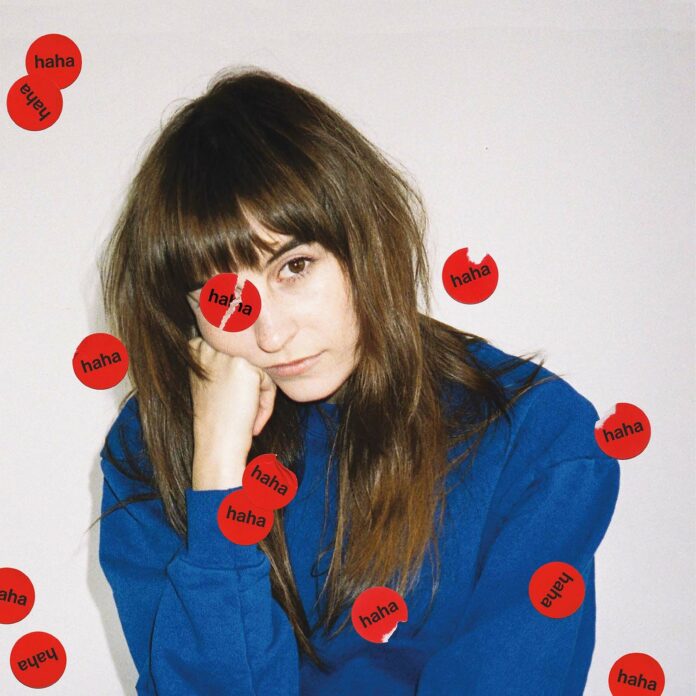 “There’s a difference between lonely and lonesome,” Faye Webster muses halfway through her new album I Know I’m Funny haha, “But I’m both all the time.” It’s a cutting remark, not least because the 23-year-old Atlanta singer-songwriter rarely makes any observations – especially about herself – without sneaking in a casual “I guess,” “kind of,” or the the ever-reliable “haha” that gives the album title its bite. Having emerged as one of the most idiosyncratic indie artists of her generation, one whose natural blend of introspective folk-pop, alternative country, and vintage R&B on 2019’s breakthrough Atlanta Millionaires Club earned her critical acclaim and an inclusion on Obama’s annual year-end playlist, Webster has always had a gift for skirting the line between tragedy and comedy the same way she eschews genre. But as that lyric suggests, she’s also capable of examining the fine details that distinguish one mental state from another, even when they seem practically identical on the surface. Crying – like those two syllables you might add at the end of an embarrassingly honest text message – can mean different things in different contexts; Webster finds humour in the ambiguity, but on her latest album, she’s also vulnerable enough to try to unpack and even savour those contradictions.

It’s why, despite its smooth and relatively straightforward presentation, I Know I’m Funny haha serves as a strikingly layered and unguarded evocation of the artist’s character. Beyond giving voice to a sea of complicated and overwhelming emotions, she often finds funny and interesting ways of relaying them. There’s the simple novelty of actually hearing the words “haha” on the title track, or the brilliant way she stresses the need for someone to stay by spreading out the bossa nova groove of ‘Kind Of’; that song is almost double the length of any other on the LP, as if Webster wants you to sit with those feelings the same way she’s consumed by them, lacking a sense of clarity but not heart. On ‘A Dream With a Baseball Player’, a song about her teenage crush on Atlanta Braves outfielder Ronald Acuña Jr., the uncertainty expressed in the chorus – “How did I fall in love with someone/ I don’t know” – is delivered in such a way where the weight of the question might fall either on the fact that the person is a stranger or the act of falling in love itself, and the implications are devastating regardless.

Webster’s pensive, self-deprecating lyrics can have the effect of sucking the air out of the breeziest arrangements, but the atmosphere of her new album is marked by a newfound openness, even lightness. When she sings the titular words on the standout ‘In a Good Way’, as in “You make me want to cry/ In a good way,” there’s an element of surprise that makes the song instantly memorable. They emerge from Webster’s voice as if through a shell of hardened emotion, and at first, you might not fully believe her when she realizes she’s “capable of being happy right now.” But as she moves into the chorus, her delivery backed by equally subtle string embellishments, what comes out is not only genuine but also enchanting and heartbreaking (in the best way). The album is full of such small surprises, from the distorted guitar tone of ‘Cheers’ to the stirring melodies on ‘A Stranger’, but Webster and her band weave it all seamlessly together.

Obama favorite ‘Better Distractions’ might trick you into thinking these songs are little more than exactly that: distractions, a pleasant way to pass the time and fill one’s inescapable aloneness. Webster has said the album comes “from a less lonely place” than her previous material, a statement that rings true but mostly reveals how relative that scale is in the world she creates, one that’s as magical in its fullness as it is at its most punishingly empty. For Webster, songwriting seems to serve both as a means of emptying her thoughts and a vessel for emptiness itself, as showcased by the two final tracks on the album, the mei ehara-featuring ‘Overslept’ and the intimate closer ‘Half of Me’. On the first, she confesses that “At times my mind feels too full/ And I want to empty it,” yet the soothing, lullaby-like quality of the song seems to drown out that impulse.

But on ‘Half of Me’, mourning the numbing absence of a loved one, she pours out all her existential anxieties with painful honesty: “What am I doing now? What is the purpose of anything?” Even if only to express the full extent of her embarrassment, she thinks of the strangers sitting next to her while she’s crying on the way home. The ultimate “haha,” of course, is that her music nails the feeling of being a stranger to yourself – of wanting to cry at nothing and everything, of being upset over a song because you didn’t think of it first yet playing it on repeat just because – so what’s really the difference between her and them? If anything, you kinda feel bad that the strangers couldn’t have heard the song, because she did think of it first, and we all feel that way sometimes; in her words, we all steal each other’s thoughts. There’s something horrifying about that, and a comfort in it, too. Faye Webster knows it.

Album Review: Faye Webster, 'I Know I'm Funny haha'“There’s a difference between lonely and lonesome,” Faye Webster muses halfway through her new album I Know I’m Funny haha, “But I’m both all the time.” It’s a cutting remark, not least because the 23-year-old Atlanta singer-songwriter rarely makes any observations – especially about...