Big Red Machine, the project of The National’s Aaron Dessner and Bon Iver’s Justin Vernon, have announced their second album: the follow-up to their 2018 self-titled debut is called How Long Do You Think It’s Gonna Last?. It’s out August 27 via Jagjaguwar/37d03d, and the new single ‘Latter Days’, featuring Bonny Light Horseman’s Anaïs Mitchell, is out now. Check out a lyric video for the track and find the LP’s cover artwork and tracklist below.

“It was clear to Anaïs that the early sketch Justin and I made of ‘Latter Days’ was about childhood, or loss of innocence and nostalgia for a time before you’ve grown into adulthood — before you’ve hurt people or lost people and made mistakes,” Dessner said in a statement. “She defined the whole record when she sang that, as these same themes kept appearing again and again.”

In addition to Anaïs Mitchell, the new album also includes guest contributions from Taylor Swift (who collaborated with both Dessner and Vernon on her two latest albums), Fleet Foxes’ Robin Pecknold, Sharon Van Etten, Ilsey, Naaem, Lisa Hannigan, My Brightest Diamond, La Force, Ben Howard, and This Is The Kit.

How Long Do You Think It’s Gonna Last? Cover Artwork: 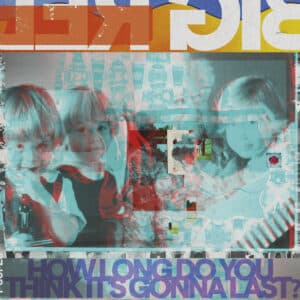 How Long Do You Think It’s Gonna Last? Tracklist: