Album Review: Tyler, the Creator, ‘CALL ME IF YOU GET LOST’ 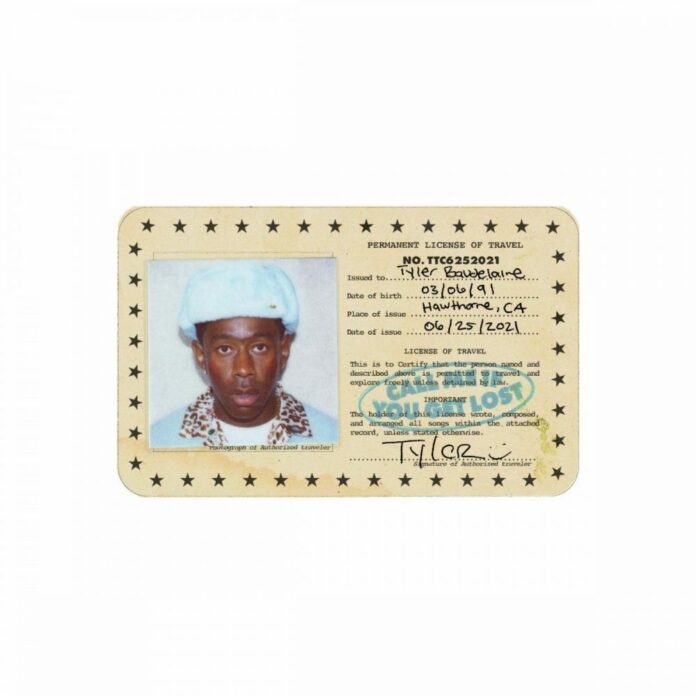 On top of pushing his sound in bold new directions, Tyler, the Creator’s last two albums also moved into markedly conceptual territory. The California rapper’s 2017 LP Flower Boy was thoughtful and sincere, displaying a vulnerability that seemed antithetical to his old persona as shock-rap provocateur. 2019’s IGOR was more revealing still, a daring pop album that reimagined soul music to deliver both his most sensational and unsettling work to date (disconcertingly, it won the Grammy for Best Rap Album). If Flower Boy was an attempt to pare back some of the chaos of his prior output, IGOR offered a subtle glimpse back into the madness through a sleek, enticing veneer. CALL ME IF YOU GET LOST, the latest step in Tyler’s fascinating artistic evolution, might at first seem to be a pointed stylistic shift – one that proudly flaunts its status as a rap album – but it ultimately stands as yet another testament to the uncompromising complexity of his vision.

Dense and kaleidoscopic, Call Me revisits recurring themes from Tyler’s catalogue but takes a significantly more non-linear approach. Layered as they were, the narratives running through Flower Boy and IGOR were ones you could trace and decode with relative ease; they resonated precisely because its subjects were presented in such a direct yet refined fashion. In some ways, the new album – which spans 16 tracks and clocks in at almost an hour – could be seen as a natural progression, untangling the knots IGOR left dangerously tight and allowing Tyler more freedom to explore his experimental tendencies. But rather than veering further into the darkness suggested by that album’s rougher edges, Tyler utilizes the fluidity of the mixtape format to evoke the messiness of his own life with seemingly less concern as to how the songs are packaged.

But where his past efforts often came off as bloated and inconsistent, here Tyler infuses the tracks with the kind of cinematic grandeur and meticulous arrangements that have characterized his recent material. The sounds are as wondrously nostalgic as they were on Flower Boy while dipping into the genreless experiments of IGOR. ‘SWEET / I THOUGHT YOU WANTED TO DANCE’, one of the album’s two 10-minute epics, picks up almost exactly where its predecessor left off, building on the same retro-soul aesthetic until it morphs into a reggae-inflected daydream, accentuating the singer’s confused state. At the same time, Tyler’s undeniable pop flair animates tracks like the menacing ‘LEMONHEAD’.

It would seem that by loosening his focus Tyler is also taking some of the weight off him, and to an extent Call Me does, refreshingly, redirect the listener’s attention to his skills as a rapper and producer rather than the mythos of his persona (though he does invent a new one, Sir Tyler Baudelaire, presumably named after the decadent French poet). And his talent really does shine here: from his hard-hitting delivery on the single ‘LUMBERJACK’ to the nuanced monologue of ‘MASSA’, Tyler is a versatile performer who can switch from comic to candid in an instant. By enlisting DJ Drama to host the project and bringing in everyone from Lil Wayne and Pharrell to rising stars like 42 Dugg, Teezo Touchdown, and YoungBoy Never Broke Again as guests, he injects even more colour into what is a relatively relaxed affair. ‘BLESSED’ sees him listing off the things he’s grateful for, while on a previous interlude he lets his own mother do the talking. If the irreverence of his character is less pronounced, though, it’s more to do with the way he frames the project as a tribute to the traditions of the genre both in style and presentation.

Yet despite its overtly classicist, open-minded take on hip-hop, the album’s most striking moments find Tyler taking center stage, his sharp lyricism delving into the realm of the personal. Nowhere is this more evident than on the penultimate ‘WILSHIRE’, the album’s other sprawling epic, in which he details an affair with a friend’s partner. He alludes to the situation elsewhere on the album, but rather than letting us piece the narrative together, he takes on that analytical role himself, going back and forth in his own mind before landing on a sour note: “And I’m mad private with this side of my life ’cause people are weirdos, and/ I just try to keep anyone I care about in the shadows/ Safe from the commentary and spotlight and thoughts/ ‘Cause it’s just a story for the people outside of it/ But I guess you’re just another chapter in the book.” He seems intensely in tune with his own thoughts, but snaps out abruptly as soon as he realizes the implications of exorcising his demons on record, returning to the loose theme of travelling for the bright finale. The journey is as dazzling as it is disorienting, and no matter how much of himself Tyler chooses to show, there’s always a sense he’s one step ahead of everyone else.

Album Review: Tyler, the Creator, 'CALL ME IF YOU GET LOST'On top of pushing his sound in bold new directions, Tyler, the Creator’s last two albums also moved into markedly conceptual territory. The California rapper’s 2017 LP Flower Boy was thoughtful and sincere, displaying a vulnerability that seemed antithetical to his old persona as...