Hayden Thorpe, formerly of Wild Beasts, has announced his second solo album, Moondust For My Diamond. The follow-up to his 2019 debut Diviner and last year’s Aerial Songs EP is due out October 15 via Domino. Today’s announcement comes with the release of the lead single ‘The Universe Is Always Right’, which is accompanied by a music video shot in Hayden’s homeland of The Lake District. Watch the Tom Haines-directed clip below and scroll down for the album’s cover artwork and tracklist.

Talking about the inspiration behind the new album, Hayden said in a statement: “What about nature? What about the cosmos? What about all these things that break through the tyranny of the self? Our sense organs bring the world inside of us after all, I just had to sing it back out. I was enchanted again with the mystery of science and how I might speak from the heart in an age where metric is gospel.”

Hayden will showcase the album at two special live shows this October in the UK, at the Brewery Arts Centre on October 9 and at Chat’s Palace, London on October 15. He will also be joining Jon Hopkins on his tour across Europe in November.

Moondust For My Diamond Cover Artwork: 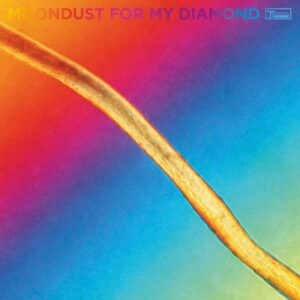 Moondust For My Diamond Tracklist: