BADBADNOTGOOD have announced their next album: Talk Memory is out October 8 via XL Recordings. Along with the announcement, they’ve today shared the new single ‘Signal From the Noise’, which is accompanied by a Duncan Loudon-directed video starring Steve Stamp of the BBC sitcom People Just Do Nothing. Check it out below and scroll down for the LP’s cover artwork (courtesy of Virgil Abloh’s design firm Alaska-Alaska™) and tracklist.

Talk Memory includes contributions from Arthur Verocai, Karriem Riggins, Terrace Martin, Laraaji, and harpist Brandee Younger. “It took a year or two of just living life to get to the place where the creative process was exciting again and once we actually went in to the studio it was the most concise recording and writing process we’ve ever had,” the group said in a statement. “We hope that the improvised studio performances bring the listener closer to our live experience.” 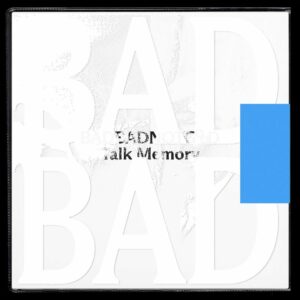