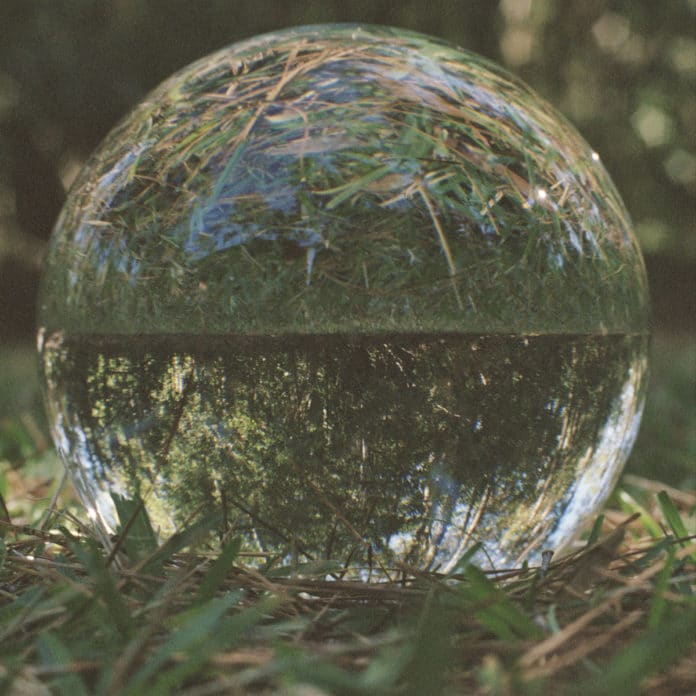 A certain aura of mystique permeated Darkside’s music even before they decided to take an eight-year hiatus. But when visionary electronic producer Nicolas Jaar and multi-instrumentalist Dave Harrington first joined forces, the appeal was as immediate as the music was innovative: their lauded 2013 debut Psychic melded worlds both old and new, allowing various electronic and rock forms to congeal into a single, alluring entity. There was room for both artists to learn from each other as they combined their individual strengths, yet they sounded fully locked into the cavernous, prismatic nature of the project as early as on their 2011 self-titled EP. The Darkside universe was one they could explore in endlessly unpredictable ways for years, but it’s only now, after a series of successful solo ventures, that they decided to reunite for a full-length follow-up.

If there is an air of nostalgia surrounding the new album, Spiral, it’s less to do with their musical approach or shared influences than the general atmosphere that led to its creation. In a recent interview, Jaar spoke about the youthful playfulness that drove much of the process: “With Dave we have a very silly band name and it really brings us back to being 14-year-olds,” he said. In that context, his categorization of Darkside as a jam band makes a bit more sense, hinting at a looseness that doesn’t contradict so much as enhance the group’s meticulous arrangements and striking focus. Spiral’s greatest achievement might be proving that those elements aren’t mutually exclusive, that the two musicians can ease into a familiar groove without losing their grip on what made their union unique in the first place – which is why the album sounds as refreshing and immersive as its predecessor, even if it’s not quite as inventive.

Written during a week-long session in Flemington, New Jersey in 2018, Spiral is a markedly introspective work, drawing attention to the intricate details that are sprinkled throughout instead of some grand vision. If the atmosphere on Psychic seemed alien, here it is grounded in the familiarity of the natural world, seeped in earthy, organic tones that are delectable and dense even if the overall effect lacks some of the fluidity that has often been attributed to Jaar. The album’s 9 tracks unfold with patience and control, crackling with texture that ripples through and sometimes bubbles over the frame – and the moments where it does are its most memorable: the guitar solo at the end of ‘I’m the Echo’, sounding not so much unhinged as disturbed by its own mirrored presence; the chaotic layers of noise that underpin ‘The Limit’. The latter also happens to be the album’s catchiest track, proof that Darkside are at their best when they establish a pulse and subtly suggest the organism could dissolve at any moment; when they simply pare things back, like on the title track or ‘The Question Is to See It All’, the results can feel disappointingly aimless.

Fortunately, Spiral rarely falls into that trap. ‘Liberty Bell’ boasts one of Darkside’s most satisfying grooves, and the acoustic guitar outro is a prime example of the group at its most dynamic and exciting. This has always been a project bolstered by contradictions, but here some of them diminish its impact: when the joyful ease that characterizes the duo’s collaborative approach clashes with the lingering confusion of the songs themselves, the album can feel tonally inconsistent. This might have been less of an issue had not the album’s lyrical concerns or Jaar’s vocals been more prominent, because even as they are pushed into the foreground, their resonance continues to elude the listener. The relationship between sound and concept remains an intriguing one, but the ideas don’t always come through as intended.

A crucial exception is ‘Lawmaker’, the album’s brooding centrepiece, in which Jaar’s vocals assume a more dominant role as he tells the story of a doctor-turned-cult-leader. It’s the sole moment on the album where the underlying tensions reverberate with clarity, like opening a window and actually absorbing the atmosphere of a polluted city. Spiral’s commentary may not run very deep, but the general idea of “being OK with the flux of the spiral” is reflected in the malleability, if not the boldness, of the duo’s improvisations. It’s a fragmented, even comforting journey – but allow yourself to get lost in it, they suggest, and you may be surprised with what you find.

Album Review: Darkside, 'Spiral'A certain aura of mystique permeated Darkside’s music even before they decided to take an eight-year hiatus. But when visionary electronic producer Nicolas Jaar and multi-instrumentalist Dave Harrington first joined forces, the appeal was as immediate as the music was innovative: their lauded 2013...