Adia Victoria has announced a new album called A Southern Gothic. The follow-up to the singer-songwriter’s 2019 record Silences lands September 17 via Canvasback/Parlophone Records. The LP features guest contributions from Jason Isbell, Margo Price, and The National’s Matt Berninger. Today’s announcement comes with the release of the new single ‘Magnolia Blues’. Check out a video for the track below, and scroll down for the album’s cover artwork and tracklist.

Victoria explained in a statement:

In an unpublished manuscript in 1933, William Faulkner spoke on the Southerner’s ‘need to talk, to tell, since oratory is our heritage.’

After a year spent in my room in Nashville, I wondered what stories I had to tell. Often the only view of the South beyond my window was the magnolia tree in my backyard. It blocked the rest of the world from my sight. I limited my gaze to its limbs, its leaves and the obscene bloom of its iconic white flower.

The magnolia has stood as an integral symbol of Southern myth making, romanticism, the Lost Cause of the Confederates and the white washing of Southern memory. ‘Magnolia Blues’ is a reclaiming of the magnolia – an unburdening if its limbs of the lies it has stood for. This song centers the narrative of a Black Southern woman’s furious quest to find her way back home to the South under the shade of her Magnolia.

‘Magnolia Blues’ is an ode to Southern Black folk—too often hemmed out of what we mean when we say ‘Southerner’ – and it is also an ode to the South itself.  To rescue it from – in the words of William Faulkner –  ‘a make believe region of swords and magnolias and mockingbirds which perhaps never existed.’

Of the album, she added: “With this project, I was so anchored in the past and the Black brilliance that came before me that it was kind of a road map. They said, ‘Sweetie, we’re gonna locate you, and we’re gonna allow you to move it forward.’” 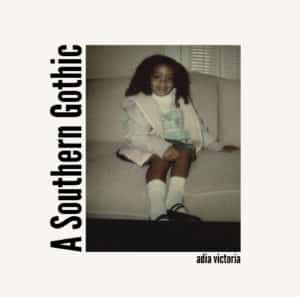