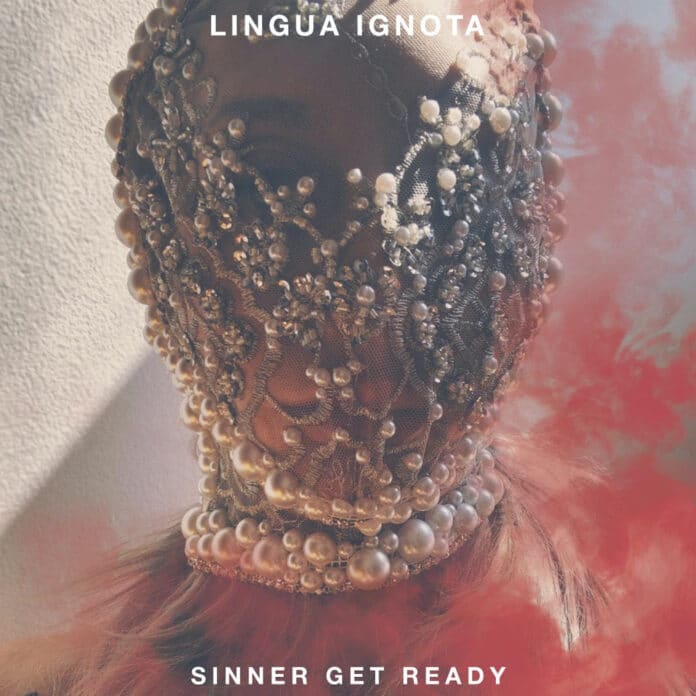 As brutally unsettling as Kristin Hayter’s work as Lingua Ignota can be, her music is rooted in the cathartic power of empathy and a deep, complicated desire for peace. On her previous LP, 2019’s astonishing Caligula, she combined the sounds of classical music, metal, and noise in an attempt to exorcise trauma, reclaiming the “phallocentric format” into a means of feminist vengeance. Its follow-up, Sinner Get Ready, burns with a similar kind of righteous anger, though Hayter is less interested in exhausting the same ideas than crafting a distinctive body of work that exists in its own world ­­­– one that’s just as immersive and frightening as that of its predecessor, exploring the implications of the divine through a wholly different framework. The blood-chilling undercurrent between the two records speaks as much to Hayter’s conceptual focus and artistic devotion as to the wider resonance of her work.

After relocating to rural Pennsylvania, Hayter decided to forego the harsh sonics of Caligula to experiment with traditional Appalachian instrumentation that includes banjo, psaltery, and dulcimer. Here, too, she manages to use those instruments in a subtly subversive manner, but they also have the direct effect of evoking the religious and cultural history of the landscape. Because it relies less on sheer sonic dissonance, the album’s ambivalence is instead portrayed through a combination of musical ambiguity and lyrical prowess: Hayter’s uncompromising voice embodies the same concepts her lyrics examine – piety, righteousness, retribution – without establishing a clear position or passing judgment. But such is the force of her conviction that submission is unavoidable: “I am relentless I am incessant I am the ocean,” she proclaims on the opening track, “And all who dare look upon me swear eternal devotion.” The song stretches out to a fiery nine minutes, its operatic scale giving way to a haunting, vicious ambiance, an early sign that danger lurks in every corner.

Hayter has spoken of her academic approach to songwriting and composition, and Sinner Get Ready is a testament to her ability to translate her research into an engrossing experience. But though it has all the intensity of a theatrical performance, the emotional core of the album reveals more than a theoretical obsession: Hayter first started singing in church and named her project after the 12th century nun and mystic Hildegard von Bingen, but the personal connection has less to do with Catholicism than a combination of the physical pain she had to endure as a result of spinal surgery, the environment of her surroundings, and her relationship with a person who struggles with addiction. “It’s about not being able to be loved and never being enough, especially when the addiction is to other people,” Hayter told Stereogum, adding, “I try not to be super confessional in my language, and to obfuscate all of that with biblical and allegorical imagery, without ever actually talking about myself.”

Hayter has clearly succeeded on that front, and her striking invocation of such imagery is by far the biggest draw of the album, but the underlying personal is what helps it feel both human and visceral in its impact. “The surgeon’s precision is nothing/ No wound as sharp as the will of God,” she sings on ‘REPENT NOW CONFESS NOW’. The unforgettable ‘I WHO BEND THE TALL GRASSES’ frames her tone of violent indignation as a consequence not just of blind faith and pure desperation, but love: “I have never loved him more than I do now but I can’t do it again/ I have to be the only one/ I’m not asking you understand he belongs to me/ You understand it is my voice that bites the back of a cold wind.” The music is a perfect encapsulation of that final line: with the specific context obscured, all the weight falls on Hayter’s piercing vocals begging over a shivering dirge of organ, cymbals, and castanets.

But the atmosphere that most consumes the album is one of punishing isolation. “Loneliness my master/ I bow to him alone” are the devastating lines that close out the record, but they also feel like the inevitable conclusion of a ruthlessly unforgiving journey. Yet the power of that declaration is strangely restorative: “My wounds that stung before now sing,” Hayter sings earlier on the album, and on the hymn-like final track all her wounds are healed. Perhaps the most stirring and transcendent moment on Sinner Get Ready arrives on ‘PERPETUAL FLAME OF CENTRALIA’, a piano-based composition whose rich, stately beauty belies the horrors of its quiet worship. “Life is a song, a song,” she muses, and for a moment, it truly feels eternal.

Album Review: Lingua Ignota, 'Sinner Get Ready'As brutally unsettling as Kristin Hayter’s work as Lingua Ignota can be, her music is rooted in the cathartic power of empathy and a deep, complicated desire for peace. On her previous LP, 2019’s astonishing Caligula, she combined the sounds of classical music, metal,...