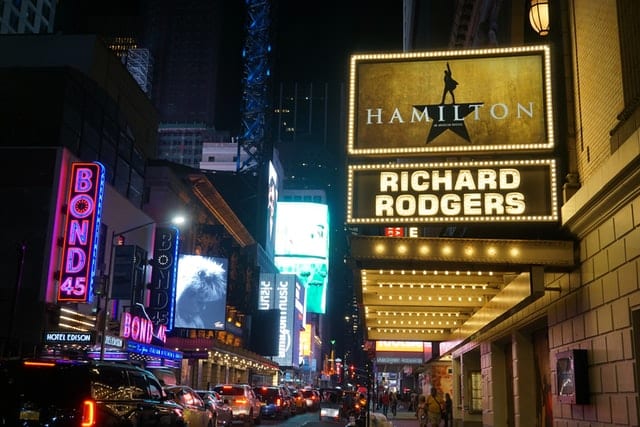 Broadway’s musical is one trend that never fades, but instead, it keeps gaining more ground and becoming more popular. The name Broadway originated from the longest street in New York, named Broadway. So far, there are 41 Broadway theatres in New York that have collectively produced historical musicals. Some Broadway musicals have been in the limelight for years and have sold out tickets each time they have a performance.

The Black Crook is an 1866 musical that premiered September 12, 1866, in New York. The musical performed 474 times, despite its length of 5 hours and a half. People were probably not bothered about the length of the musical because it was intriguing to see a different pattern of music with dancing and singing in it. The Black Crook paved the way for Modern-day musicals.

The Longest Running Broadway Musical Is Phantom Of The Opera.

The Phantom of the opera musical premiered in Her Majesty Theatre London, October 9, 1986, joined Broadway 1988. Phantom of the Opera has been on Broadway for more than 30 years and still counting. They have been consistently having Broadway performances, and 15 different actors have played the role of Phantom.

The Coast of Utopia, written by Tom Stoppard, is a 2002 trilogy of plays, namely Voyage, Shipwreck, and the last of them Salvage. This play has received the most Tony Awards so far. Hamilton musical by Miranda, on the other hand, is the most nominated musical for Tony awards.

“Tony” Is A Nick Name

Tony is only a nickname and not the full name of the award. The full title is Antoinette Perry Award for Excellence in Theatre. As the name implies, they present awards to musicals with excellent performances. Brock Pemberton founded Tony Award and was named after an actress, producer, and theatre director, Antoinette Perry. She was a co-founder and secretary of the American Theatre Wing.

Although Broadway musicals have stood the test of time and continued to break its box office records, there was a notion that musicals were only attended by the advanced in age and not for the younger generation. The younger ones preferred going to cinemas than theatres. Hamilton broke that notion when it came into the limelight and got so much Attention due. Both the young and the old trooped into theatres to watch the performance on Broadway. Broadway musicals became a trend for both the younger and older generation.

As earlier mentioned, in case you missed it, Phantom of the Opera is the longest-running musical on Broadway, the second longest running in Chicago. Chicago started running on Broadway in 1975, took a break in 1977, and got revived on Broadway in 1996. Since then, it has been consistent on Broadway, with more than 8,000 performances and still counting. Chicago musical is based on a real-life story but was transformed into a Broadway comedy play by reporter Maurine Watkins.

Usually, only the number 1 highest-grossing Broadway show is mentioned, so we decided to list nine others with their debut years and grossing revenue.

Hair is a musical that opened on Broadway in 1968. It is a production of the hippie counterculture and sexual revolution of the late 1960s. Far back in the 1960s, when the world was not as advanced as it is now, Hair raised a lot of controversies for having a brief nude scene. Despite its controversial nature, Hair ran up to 1,750 performances on Broadway. After Hair, some other musicals have had nude scenes, but Hair made history by daring to be the first to do it.

There are 41 Broadway Theatres in New York but only four on Broadway Street.

Forty-one theatres in New York are known as Broadway theatres, but only 4 Broadway are actually located on Broadway Street. The 37 other Broadway theatres are within a close range, though. There are certain criteria for becoming a Broadway theatre. Firstly the theatre must have 500 seats, and secondly, they must be located at the 40th to 54th streets and from West of 6th Avenue to East of Eight Avenue, including Times Square. Theatres not located in these selected areas are known as off broadways.

Hamilton Received a Record-Breaking 16 Nominations and Won 11 at the 70th Tony Award.

Hamilton Broadway Musical broke the record of having 16 Tony Award nominations, from just play and going ahead to win 11 of those awards. Hamilton, a musical written by Lin-Manuel Miranda, received so many awards and recognition right from when it premiered in 2015. It has gained so much sport light in different countries and still have sold out tickets for all its performance.