What are the Health Effects of Vaping? 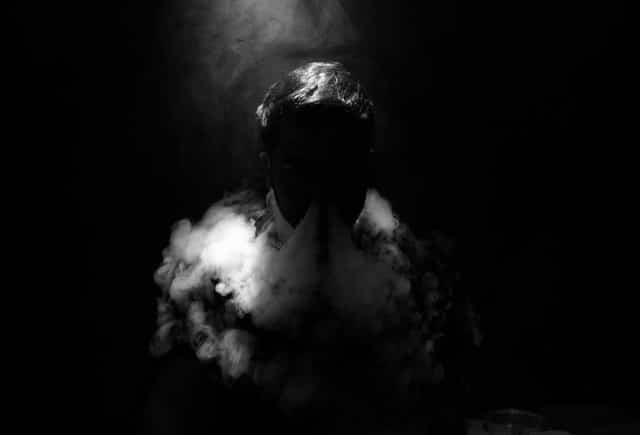 According to the National Cancer opinion survey 2019, released by the American Society of Clinical Oncology, 1 in every 5 adults of the U.S. vape regularly or recreationally. The survey also implied that 1 in every 4 Americans considers vaping non-addictive and harmless.

The rising popularity of vaping brings the debate of its effect again to the forefront. Some people think that vaping is not at all safe, while others believe it is non-addictive. Most people prefer vaping as an alternative to smoking. As soon as the graph of smokers went down, the vaping curve began rising.

So what is the truth? Is there any negative impact of vaping on the lungs? Are there any positive effects? The truth is, like everything, vaping also has two sides. If you purchase vaping products from an online site, such as https://cbdfx.com/collections/cbd-vape-pens/, you need to know about it, especially about CBD vaping. So, through this article, you will learn about the positive and negative health effects of vaping CBD.

Vaping has a high bioavailability. You take one hit, and the vapors are in your lungs, where CBD goes in the bloodstream directly. If you look at the reviews, the first feeling people get from vaping is calmness. Some other possible benefits are accompanied by it. Some of these benefits are:

If you are suffering from chronic pain, you might face various problems. Chronic pain limits your movements, does not allow you to work extensively, and sleeps well. However, with CBD, most people experienced pain relief.

Imagine being excited for a party only to cancel the plan because of pain in your joints. If this has happened to you, then vaping CBD might help you. Since they instantly provide the effects, you can take a puff before going to a party and enjoy dancing like everyone else.

The majority of CBD enthusiasts use it to get relief from chronic pain. It allows them to get some time when the pain does not make their life difficult or stop them from getting good healthy sleep. According to some reports, patients do not develop tolerance against CBD. That means you do not need to increase your CBD doses at frequent intervals. However, it is vital to confirm that you purchase CBD from a trusted site.

The treatment of fatal cancer brings lots of side effects. However, studies claim that there is a link between CBD and the side effects of cancer. It is one of the most well-known possible medical uses of CBD.

Studies are going on to understand the effects of CBD on cancer cells. Some researchers believe that CBD might prevent the growth and spread of cancer cells. Additionally, it might also cause the death of cancer cells without affecting the healthy ones. It controls inflammation and alters the way cancer cells replicate within the body. The CBD market is highly unregulated. So, make sure you purchase vaping products from a high-quality manufacturer or site. It will ensure that CBD is pure and does not provide severe side effects.

Besides pain, anxiety is also one of the primary reasons to vape CBD. Mostly you will see people’s advice not to take cannabis in anxiety as the THC or tetrahydrocannabinol may bring severity or trigger anxiety attacks.

As a part of a study to understand the impact of CBD on anxiety, patients going through social anxiety disorder were separated into two groups. The first group got a placebo and the second group received a dose of CBD. Then both the groups were asked to perform in front of the public. We observed that the group with CBD had lower blood pressure and heart rate.

These are some of the possible positive aspects of vaping CBD. But nothing is perfect. Vaping also brings some negative impacts.

Most industries market vaping as a safer option to smoking. Although the statement is correct up to some extent, vaping is also not safe. In the words of the world health organization, both tobacco and e-cigarette products pose a risk, and the safer one is also not safe.

In 2019, there was a sudden increase in the cases of acute lung diseases. More than 2600 e-cigarette users were affected, with 60 deaths. There were speculations that vitamin E acetate present in e-cigarettes is responsible for it. However, there are chances that other ingredients also played a part.

The known effects of vaping are limited. However, a study that involved almost 21000 people revealed that people who use e-cigarettes are comparatively 30% more prone to have asthma and 60% more prone to chronic obstructive pulmonary disease.

Multiple studies have recently highlighted the health risks of vaping. The University of North California revealed the toxicity of vegetable glycerin and propylene glycol, two of the most common compounds found in vaping. According to Richard L. Schilsky, ASCO Chief Medical Officer, FACP, MD, FASCO, FSCT, “No e-cigarette products are at present approved by the U.S. Food and Drug Administration as cessation aids, and more research to understand these products, the substances in them, and the acute and long-term effects of their use is urgently needed.”

Also, vaping might damage cells in various tissues or organs. Since vapors are inhaled directly to the lungs, lung tissues are at the highest risk. So, you can say that vaping CBD is a safer alternative to smoking as it is usually non-addictive.

Now you are aware of both the positive and negative impacts of vaping. There were several instances when a person caught a problem from vaping because of a low-quality or impure CBD product. Thus, it is significant to check the ingredients, third-party testing, reviews of customers, and site/store reputation before purchasing.