The Start of a Multi-Platinum Music Producer 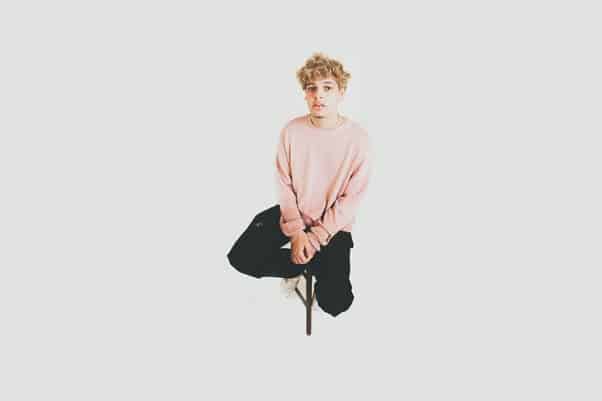 Kyle Stemberger was born and raised outside Atlanta, Georgia when he began his love affair with music at an early age. His earliest memory of being interested in creating it took place when he was just six years old and went to see Christmas lights during the holiday season with his family. He came home that night and played the piano by ear without hesitation – well before most kids can even read!

Kyle’s interest in music production began when he was just a kid in Middle School. He had grown tired of listening to the same old songs that other people were making, so he thought it would be cool if he made his own for once!

That’s when Kyle downloaded FL Studio and started teaching himself how to use it by reading articles online about different aspects such as mixing & mastering techniques. At the time, hip-hop seemed very interesting but not too complex; this is why Future, Drake, Young Thug & Metro Boomin quickly became some major influences early on for him alongside Zaytoven (who greatly inspired 128 BPM trap).

Check out Kyle’s Genius page to see more of his credits:

In the years that followed, Kyle would spend most of his time improving his production skills and learning everything he could about creating modern hip-hop music.

With rising popularity for guitar, piano, or more melodic elements in hip hop & pop songs at the time; “samples” created from recordings of instruments such as these were beginning to be used by producers like himself who had an advantage over other people not targeted towards this sound.

Kyle was experimenting with music production in his spare time before it became a full-time gig and said he learned everything by watching instructional videos on the internet.

So a few years ago, Kyle started posting tutorials to YouTube for other aspiring producers looking to get their start just like him – teaching them how to create beats from scratch as well as giving advice about getting your first credits!

One fateful day, Kyle discovered that he could turn his music compositions into a business. He began selling packs of them on the side so other producers would have access to these incredible instrumentals they might not know about otherwise.

This gave him enough income to support himself and focus all his time on making great music without having to worry about preparing for college as others did at his age!

Kyle never took YouTube that seriously. He thought it would be a fun way to make some extra money, but he was too busy focusing on his true passion for music! However, the videos Kyle uploaded became massive hits with tens of thousands subscribing and hundreds of thousand views in no time at all, so now youtube has become more than just an afterthought for him.

After his exposure from the viral video, Kyle Harris was contacted by music executive Peter Ashley and Stephen Orso of Loyalty Records (a company founded in part by Charlie Walk). Once these two had taken note of what they saw in this video post, they reached out to Kyle about working with them.

From there on, things began to get better for him as he got more opportunities at work. Eventually, one thing led to another; first, a publishing deal came along, which led to signing a lucrative record contract that allowed both himself and close friend KBeaZy to move their lives out west where all the action is – Los Angeles, California!

What to know what Kyle’s been up to lately?

Well then, see for yourself on his Instagram page!