Album Review: Halsey, ‘If I Can’t Have Love, I Want Power’ 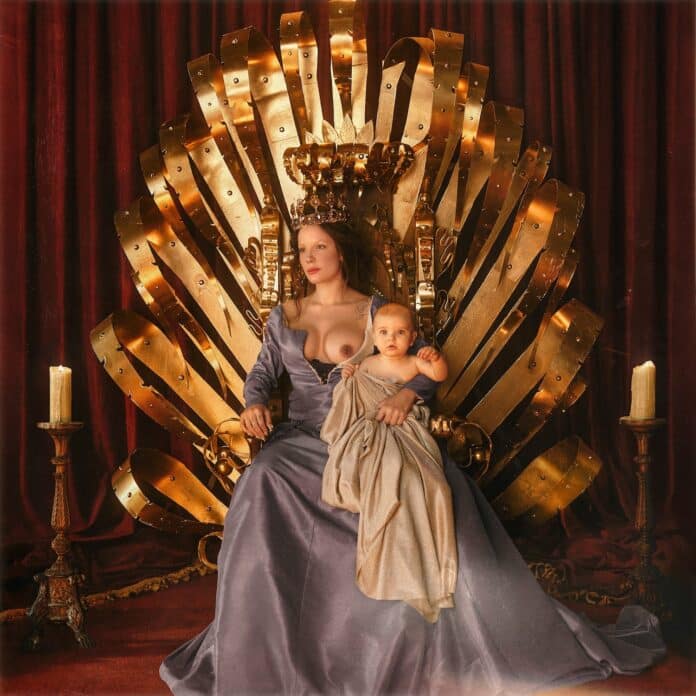 On ‘Ashley’, the opening track from Halsey’s 2020 album Manic, the alt-pop singer sampled a crucial line of dialogue from Eternal Sunshine of the Spotless Mind: “Too many guys think I’m a concept, or I complete them, or I make them alive. I’m just a fucked up girl who’s looking for my own peace of mind. Don’t assign me yours.” Though they’ve always managed to straddle the line between emotional self-awareness and self-mythologizing, that album – the first they wrote as Ashley Nicolette Frangipane rather than their Halsey persona – was a conscious attempt at tearing down the façade and highlighting the confessionalism that was often misinterpreted in their work. Where Manic delved into their experience with bipolar disorder, If I Can’t Have Love, I Want Power, which was released just a month after Halsey became a mother, is about “the joys and horrors of pregnancy and childbirth,” while also exploring “the dichotomy of the Madonna and the Whore,” as they put it.

The result is Halsey’s boldest and most compelling work to date, turning the occasional messiness of their previous records into a defiant kind of chaos. Though it might take the form of high drama – the album is accompanied by a Colin Tilley-directed IMAX film of the same name – it strikes a much deeper chord than one might initially expect. Part of its success lies in the fact that, rather than trying to convey the music’s internal complexities by careening between genres, that fluidity is instead projected outward in a much more visceral fashion. Sonically, the album’s unique proposition is that Nine Inch Nails members and Oscar-winning composers Trent Reznor and Atticus Ross handled the album’s production. Beyond contributing to its cinematic mood, however, they also help push Halsey’s wildest musical instincts to the fore, and in turn, If I Can’t Have Love’s spectacular presentation only makes their artistic message all the more clear: “I am disruptive, I’ve been corrupted/ And by now, I don’t need a fucking introduction,” they sing bitingly on ‘Lilith’.

The album’s very first moments, so eerily reminiscent of Nine Inch Nails’ own ‘Hurt’, hint at the most conventional route Halsey and their collaborators could have taken; a relatively straightforward marriage of Halsey’s pop-oriented songwriting and the ominous synth textures the duo employ in their soundtrack work and beyond. Instead, If I Can’t Love stands as a dynamic showcase of the collaborators’ combined strengths – as with Manic, it veers in a few different sonic directions, but the minimalist tracks here have more weight, the angsty rock moments more grit, and the electropop cuts are both catchy and sharp. ‘Bells in Santa Fe’ builds on a wave of pulsating synths – listed as a “menacing beat” in the credits – from The Bug’s Kevin Martin, deftly evoking the central refrain that “All of this is temporary”; Reznor and Ross’ industrial noise threatens to drown out Halsey’s voice, but it immediately leads the charge on its follow-up, the hyperpop-adjacent ‘Easier than Lying’, their presence powerful and captivating.

Though If I Can’t Have Love alternates between different modes, they don’t necessarily contradict one another. The deceptively sweet ‘Girl Is A Gun’, the album’s most direct pop moment but still far from a potential hit, is less of a contrast to the album’s foreboding atmosphere than another way of mirroring its layered personality. The acoustic ‘Darling’ expresses a genuine tenderness that’s no less wrenching for its simplicity: “You have shown me how to love being alive,” they sing against delicate finger-picking from Lindsey Buckingham. It’s the kind of heartfelt, utterly selfless sentiment that’s so rooted in maternal love that it seems capable of shattering any previously held beliefs about having your whole life defined by another human being.

Unfortunately, the album starts to lose focus towards the second half. There are a couple of less impressive moments, including the frenetic pop-punk of ‘honey’, which fails to fully deliver despite featuring Dave Grohl behind the kit. ‘I am not a woman, I’m a god’ is as uncompromising as anything else on the record, but Halsey’s writing is less specific and impactful than usual, obscuring its underlying message. Throughout, they oscillate between themes without necessarily drawing connections or making the grand statements the project implies, but the core feeling always comes through. “You will bury me before I bury you,” they declare on ‘Ya’aburnee’, and in that context, anything less than total devotion and openness would be grossly dishonest: “What’s worse? Tellin’ you my feelings/ Or to die without revealing/ That you crawled inside my head/ And set a fire there instead?” On this album, Halsey’s commitment to both craft and vulnerability is less devastating than it is purely exhilarating. It’s proof that when they take enough liberties with their established framework, the possibilities seem endless.

Album Review: Halsey, 'If I Can't Have Love, I Want Power'On ‘Ashley’, the opening track from Halsey’s 2020 album Manic, the alt-pop singer sampled a crucial line of dialogue from Eternal Sunshine of the Spotless Mind: “Too many guys think I’m a concept, or I complete them, or I make them alive. I’m just...