Lionlimb, the project of Stewart Bronaugh, has announced his new LP Spiral Groove. It’s set for release on November 12 via Bayonet. Along with the announcement, he’s shared the album’s first single, ‘Loveland Pass’. Check it out below and scroll down for the record’s cover artwork and tracklist.

According to a press release, ‘Loveland Pass’ delves into Bronaugh’s experience of having panic attacks for the first time a couple years ago. “It was like a door opened I never knew existed and there didn’t seem to be anything I could do to stop or control them,” Bronaugh explained. “Loveland Pass is one of the highest mountain passes in Colorado that has been the site of numerous avalanches, plane and car crashes. When I wrote this song I felt like I was having my own avalanches. The tiniest thought capable of feeding back into intense fear and panic, similar to an avalanche once something would get knocked loose up there and start to slide there wasn’t really anything you could do.”

Lionlimb started out as the collaborative project of Bronaugh and Joshua Jaeger, two members of Angel Olsen’s backing band. Spiral Groove marks their third album following 2016’s Shoo and 2018’s Tape Recorder. “Right from the start, Spiral Groove pulls us into a rhythmic soundscape, erupting over and over with guitar, piano, synth, drums building and subsiding and returning again with joyful urgency,” Olsen said of the new LP. “Above it all Stewart Bronaugh sings cool and steady about his close experiences with death, what it means to endure your losses and the gift of being able to recognize the most real love in your life.” 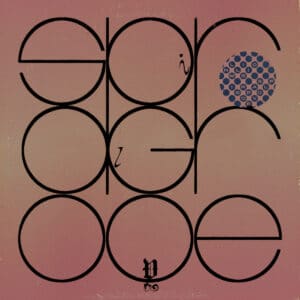