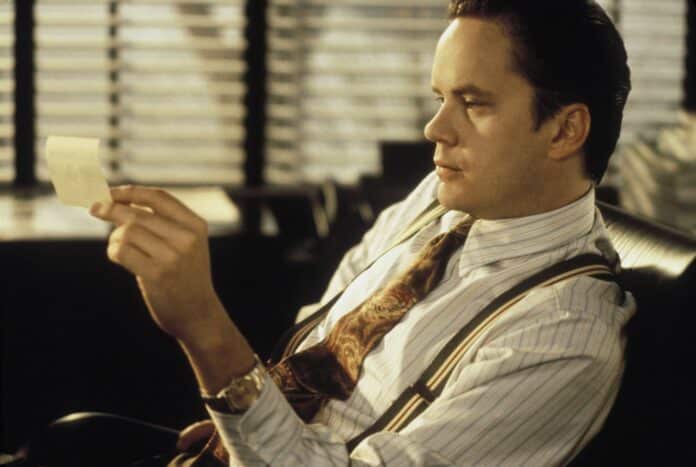 Robert Altman’s The Player may not be the director’s best-known film, but it’s a revered piece of cinema, especially among film critics – which is perhaps ironic, given the film’s story. Griffin Mill (Tim Robbins) is an influential studio executive who becomes embroiled in the darker side of Hollywood when he ends up murdering a screenwriter; incidentally, this happens not long after Mill jokingly suggests that writers aren’t necessary for the creative process of making a movie.

Mill’s anxieties surrounding his work become heightened when he fears that the authorities are on to him, but the film explores his woes with a decent measure of humor and satire. By the end of the film, viewers will feel more connected to cinema, thanks to the film’s clever writing and the story’s apparent self-awareness.

Though the film is a satirical examination of the film industry, it also juggles crime, thriller, suspense, and romance. While it subverts the audience’s expectations about Hollywood, it also fulfills them – The Player is, after all, a Hollywood production.

While Altman is known primarily for projects like Nashville, MASH, and The Long Goodbye, films like The Player and his earlier California Split are among his somewhat underappreciated works. Here are ten of the most memorable quotes from The Player.