Album Review: Little Simz, ‘Sometimes I Might Be Introvert’ 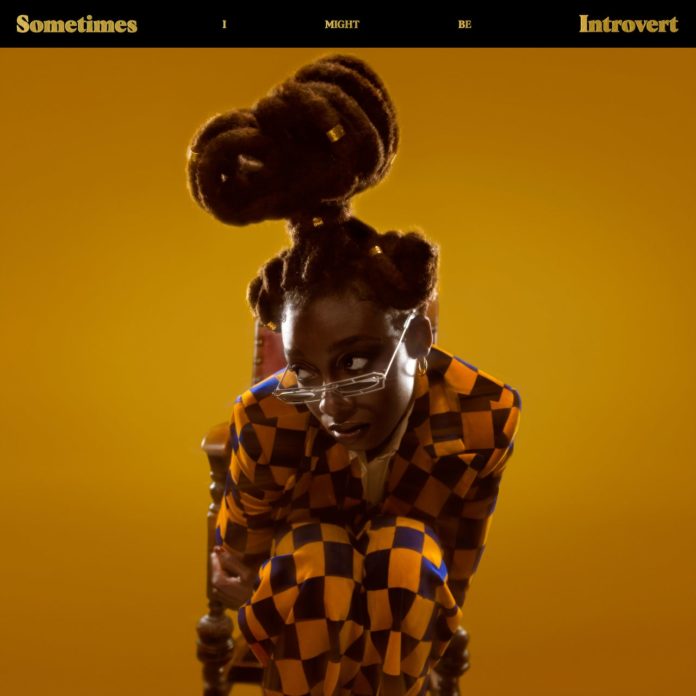 Little Simz saw the world as a black-and-white canvas, so she spent much of her career painting her way through it. 2015’s A Curious Tale of Trials and Persons was all darkness; 2016’s Stillness in Wonderland, another concept record, was a Lewis Carroll-inspired escape into the colour-filled world of art; 2019’s GREY Area, a watershed moment for the preternaturally gifted North London MC, wondrously carved out a middle ground between various musical styles as well as her own conflicting emotional states. On its eagerly-awaited follow-up, Simz wrestles with a lot of the same questions that have followed her all the way up to the place, both mental and cultural, that she occupies now. “I don’t need no sympathy, promise they will remember me/ That’s my word to keep, you might learn from me,” she sang on 2016’s ‘One in Rotation’, and with Sometimes I Might Be Introvert, she’s delivered her most definitive and ambitious statement yet.

When critics use the word “introverted” to describe a piece of music, they usually mean that its content is introspective and inward-looking, the sound muted and stripped-back. This might apply to some of Little Simz’s more minimalist work, but SIMBI (the nickname Simz, born Simbiatu Abisola Abiola Ajikawo, goes by among her family and friends) is an expansion in every way. Rather than adhering to the conventional view of an introvert as seen from the outside, she pierces through those preconceived notions to portray the inner richness of a mind that’s constantly racing and evolving. Produced by Inflo, the album is grand in scope and theatrical in presentation, with Simz venturing through an assortment of luxurious horn and string sections, militaristic percussion, and orchestral interludes that punctuate its more immediate, swaggering moments; it’s as if the rapper is signaling that she’s done with world-building and is ready to explore a much bigger universe, something she does with remarkable ease – but which also plagues her with doubt.

“I hate that these conversations are surfaced/ Simz the artist or Simbi the person?” the 27-year-old ponders a few minutes into her fourth album, which consistently tries to reconcile the different parts of her identity. If GREY Area cast her meditations on the self into sharp focus, SIMBI untangles them even further without ever losing its footing. Opener ‘Introvert’ serves as a microcosm of the album as a whole, as it finds Simz grappling with a chaotic state of mind that careens from thoughts of systemic violence to her aunt’s illness to her own place in a corrupted society. “I don’t wanna be the one to doctor this/ But if you can’t feel pain, then you can’t feel the opposite,” she opines in the first verse, a truism that then adds emotional weight to the confession that she’s “close to success, but to happiness, I’m the furthest.” The dramatic and extravagant arrangement frames the whole thing as a battle, but the refrain sung by Cleo Sol is hopeful and unifying: “Find a way, I’ll find a way/ The world’s not over.”

Towards the end of the song, we also hear the voice of Emma Corrin, best known for portraying Lady Diana in The Crown, who throughout the album offers vague affirmations like “The base is an amalgamation of everything” and “The bravest of hearts can sometimes be the loneliest of souls.” These spoken-word snippets can sometimes feel awkward and distracting, a firm contrast to Simz’s presence, which is constantly subject to vacillations. It can be hard to make sense of their role on the album, but they work best when they feel tethered to Simz’s inner voice rather than an external one narrativizing her journey. “A question, if I may/ What’s a girl like you want in a place like this?” she asks on ‘The Rapper That Came to Tea’. “You see, I’ve seen many come and go in my lifetime/ Those that last have given up/ Made sacrifices to be here/ Do you have the willingness to do the same?/ Or better yet, what’s the price that’s worth your freedom?”

Sometimes I Might Be Introvert is filled with such lofty questions, but what keeps it riveting is the way Simz pushes through and projects them outward. For every part of the album that feels sumptuous, confident, and removed, there’s another that confirms it’s her most personal effort to date. On ‘I Love You, I Hate You’, which features one of her most dynamic performances to date, she reckons with her contentious relationship with her father, unpacking the simple dichotomy of the song’s title to find nuance and surprising amounts of empathy. It’s hard delivering a line like “Don’t wanna be disrespectful/ Tryna figure out how to approach this in the best way” and still sounding as emotionally raw as she does. Highlighting her ability to tap into other people’s experiences, especially those of her loved ones, is one of the ways in which she presents introversion as a strength; ‘Little Q, Pt. 2’ is written from the perspective of her cousin, Qudus, who almost lost his life.

But the album is perhaps most fascinating for the way it takes stock of Simz’s status as an artist in the public eye. “Why the desperate need to be remembered? Everybody knowing what you’ve done/ How far you’ve come/ I’m guilty, it’s a little self-centered,” she admits on highlight ‘Standing Ovation’, the same track on which she calls herself “impatient.” But it’s also clear that Sometimes I Might Be Introvert is driven by a need to center the self, to filter that restlessness, and she deftly strikes that balance between elevating and scrutinizing her voice. ‘How Did You Get Here’, the album’s penultimate track, is an honest document of Little Simz’s rise to success; if the album ended there, it would have been good enough. But it doesn’t answer the question of where it leaves her – so, to close out the album, she opens another wound, addressing her relationship with an older sibling: “You want my everything until there’s nothing left of me/ I just wanted you to call me, saying, ‘Hey, sis, how’s your day been?’” Sometimes, being an introvert simply means taking note of the conversations happening in your head. That the words flow out with such purpose is not a contradiction, but a culmination of everything that’s led her to this point.

Album Review: Little Simz, 'Sometimes I Might Be Introvert'Little Simz saw the world as a black-and-white canvas, so she spent much of her career painting her way through it. 2015’s A Curious Tale of Trials and Persons was all darkness; 2016’s Stillness in Wonderland, another concept record, was a Lewis Carroll-inspired escape...