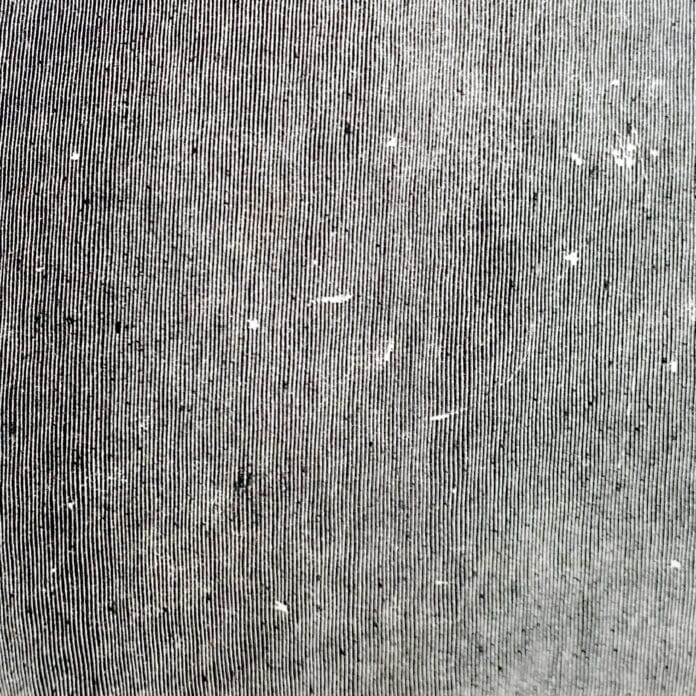 “It isn’t something you can choose between,” Low’s Alan Sparhawk and Mimi Parker sing on ‘Days Like These’, the lead single off their new album HEY WHAT. The married duo’s angelic harmonies sound cleaner than they did on much of its predecessor, 2018’s boundary-pushing Double Negative, before being crushed by a tide of distortion that threatens to rupture the song’s startling clarity yet only amplifies its potent sense of triumph: “Y’know you’re never gonna feel complete/ No, you’re never gonna be released/ Maybe never even see, believe/ That’s why we’re living in days like these again.” As they repeat the word “again”, the dense mix starts to dissolve into the ether, lit up by a curious lead synth that slowly gives way to a dark, unsettled ambience, all together evoking the psychic conflict that sits at the heart of the LP. The Duluth, Minnesota-based band have always been masters at building tension and slightly wary of releasing it, and here they find striking new ways of communicating the constant struggle for wholeness and faith without alienating listeners or ever fading into the background.

Low’s awe-inspiring 13th album finds them refining the otherworldly language they’ve been building with producer BJ Burton, who has worked with the likes of Bon Iver and Charli XCX and first teamed with the band on 2015’s Ones and Sixes, a rejuvenating record that still couldn’t prepare listeners for the boldness of Double Negative. But where that album’s eerie experimentation and vocal processing set a barrier between the band and their audience – and its inevitable political resonance makes it feel tied to a specific era – HEY WHAT feels timeless and immediate, inviting us to fully absorb each abrupt turn by retaining the frail humanity at its center. The album opens with the whirring cacophony of ‘White Horses’, before Sparhawk and Parker’s inimitable voices attempt to stabilize its pulse as they sing about the uncertainty of the future. “Still white horses take us home,” they repeat, uplifted and pushed to transcendent new heights by a vicious storm of noise. Double Negative was thrilling in its intensity, but this might be the most urgent and alive Low has ever sounded.

As they waver between light and darkness, and in deeper ways than was apparent on previous efforts, Sparhawk and Parker’s dynamic presence is the force animating HEY WHAT. The album focuses on intimacy not as a marker of loneliness but the strength of an enduring bond, and, in a similar way, frames the band’s ability to explore new sonic territory 27 years into their career as a sign not just of longevity, but vitality. While Double Negative’s abrasive production left nothing unscathed, HEY WHAT gives room for the two voices to interact with one another and the shifting environments around them, plowing to the front of a mix that repeatedly tries and fails to cut through them. On ‘All Night’, whose lyrics seem to deal with a partner’s battle with depression, their vocals join in perfect harmony even if one is clearly addressing the other: “I see the shadow in your eye confined, held up and trapped behind it/ I tried to be so quiet.” ‘Hey’ centers on the story of an emotional breakdown, Parker’s gentle vocal merging with Sparhawk’s distant echo before they’re both submerged in a shimmering ambience that, this time, is more soothing than discomfiting.

Low’s relationship with different producers – including Kramer, Steve Albini, Jeff Tweedy, and Dave Fridmann – is often seen as partly responsible for any stylistic re-orientation the band undergoes, and though Burton deserves a lot of credit for the challenging soundworld of HEY WHAT, this assumption can undermine the dynamic between the band and their producer. In a recent interview, Sparhawk spoke of Parker’s ability to rein things in when his tendency is to make the guitar sound like “[puts almost-closed fist to side of head and starts shaking it].” “Even just her presence is enough for us to be like, okay let’s try harder, we’ve gotta find a way to make it so it passes through the gates,” he explained. The result is one of miraculously controlled chaos, where no weight is too crushing for sparks of beauty to slip through the cracks. The decaying noise and wordless vocals of the two-minute ‘There’s a Comma After Still’ give way to the heartbreakingly tender ‘Don’t Walk Away’, the closest the album has to a traditional ballad, which itself cuts to one of the group’s heaviest ever songs, ‘More’.

So when all this culminates in the emergence of an actual drumbeat on the closing track, ‘The Price You Pay (It Must Be Wearing Off)’, catharsis seems more than just a possibility. But its slow disintegration is once again inevitable – a tangible reminder that patterns are made to repeat themselves, that light will always be followed by darkness, and that the trick is in catching the flickers of hope that will render the final note one of quiet resolve. The track’s build-up bears a faint resemblance to the band’s slowcore records, but where the quietness that came to define the subgenre could be interpreted as a form of retreat, a place to sink in, ‘The Price You Pay’ sounds like a gradual ascent with no end in sight. So what if the thrill is bound to wear off? “That disappearing horizon,” they reassure themselves, “it brings cold comfort to my soul.”

Album Review: Low, 'HEY WHAT'“It isn’t something you can choose between,” Low’s Alan Sparhawk and Mimi Parker sing on ‘Days Like These’, the lead single off their new album HEY WHAT. The married duo’s angelic harmonies sound cleaner than they did on much of its predecessor, 2018’s boundary-pushing...