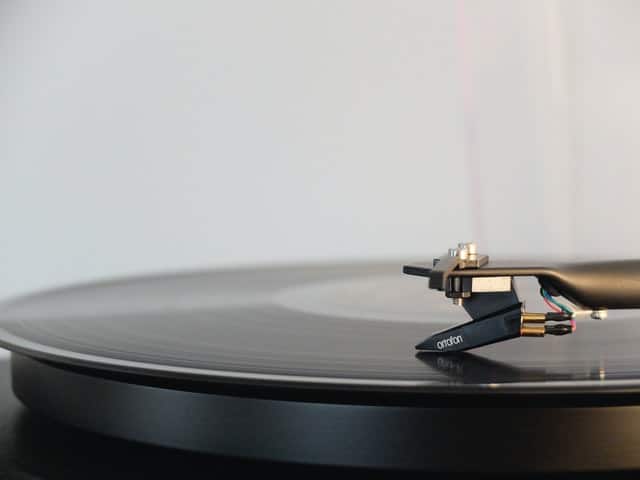 Having your songs on vinyl records is a dream every musician has whether they admit it or not.

But it’s definitely worth it.

To help you go through these vinyl record pressing struggles, here is a list of tips you might want to consider when you publish your songs on vinyl:

#1 CONSTRUCT A TIMELINE FOR YOUR RELEASE

After deciding to have your own vinyl record pressing done, you need to remember to give yourself and your chosen pressing plant ample time before the release date. There’s no such thing as rush order when it comes to vinyl pressing. So demanding to have your 500 or 1000 custom vinyl record copies sent to you after 24 hours will not be possible.

To avoid delaying your vinyl release, you need to construct a timeline that you will need to strictly follow. Moreover, you will need to know your chosen pressing plant’s turnaround time to adjust your timeline.

I also  suggest that you plan as early as six months before the release date so that you can avoid delaying your release due to issues that were not anticipated. Additionally, your songs should already be mastered four months before release if you also plan on releasing CDs and want to release them together.

#2 KNOW THE DIFFERENT FORMATS OF THE VINYL RECORD

There are mainly three formats of vinyl records and these are based on their size. These three formats also have different revolutions per minute (rpm) and two different weights that affect playback time and its quality respectively.

The 7” vinyl record is the smallest and in turn holds the shortest playback among the three. It is suitable for single releases that may be accompanied by one b-side or an extended play (EP) release with around three to four tracks.

The 10” vinyl record is in the middle and is sometimes called “dubplate”. Its duration is around thirty minutes so it’s best chosen for EP releases that have five to seven tracks.

The 12” vinyl record is the longest format and it refers to the classical vinyl record format. It can play for forty five minutes, depending on the rpm, which makes it the best format for album releases with eight and more tracks.

There are three rpms for both 10” and 12” format while there are two for the 7” format. Revolutions per minute is the speed rate at which the record spins during playback. The faster the rpm, the shorter the playback.

Above are the sizes, their different rpms, and their corresponding playback time per side. Take note that these are the maximum playback time for each and must not be reached by your single, EP, or album tracks. It’s best to have some allowance or the record’s quality will drop.

The weight of a vinyl record can affect the quality of sound your record produces. We have the standard weight and the heavyweight and between the two, some audiophiles prefer the latter one.

#3 PREPARE EVERYTHING BEFORE HAVING YOUR RECORDS PRESSED

If you want to significantly cut down vinyl pressing cost, prepare your tracks, designs, and artworks should already be done before you go on and have a vinyl record pressing. Tracks must be mastered for vinyl, so you better have two masters on your hands one for vinyl the other for digital or CD release.

If you plan on releasing custom vinyl records instead of the standard black ones, then it would be best to have your record’s design ready. Moreover, artworks for your jackets and sleeves should also be prepared. You should also prepare your International Standard Recording Code (ISRC) and Universal Product Code (UPC) to manage the copyright of your tracks and the distribution and sales of your album.

#4 KNOW HOW VINYL RECORDS ARE PRODUCED

Vinyl record pressing is not a cheap production where you can just wing it with whatever money you have left. To understand how and why this production costs so much, it would be great to know how they’re done.

Lathe Cutting: Lathe cutting is the step where your tracks are cut onto the surface of the lathe with the help of the needle in a lathe cutter. The person cutting your tracks will be bringing down the needle onto the spinning lathe and it cuts through it. It’s just like how a turntable’s needle would do during playback, minus the cutting.

Electroplating: After cutting, the cut lathe is then submerged into liquid nickel to create the metal electroplated stamper needed for pressing. The nickel occupies the spaces on the lathe cut by the needle which creates a negative image of the grooves.

Vinyl Pressing: As soon as the metal stamper is finished, the actual pressing of blobs of vinyl can start. Around thirty seconds and you’ll have one newly pressed custom vinyl record.

Packaging: During the record’s pressing, there will be excess vinyl on the side and these are cut away while the completely furnished vinyl record is put into an antistatic sleeve. Then your vinyl records’ packaging will commence.

#5 HAVE YOUR VINYL RECORDS PRESSED IN SMALL QUANTITIES

Even if the vinyl record format is gaining an audience again, we cannot deny that it will be hard to sell a thousand copies. One, you’ve got numerous competitors since many musicians are releasing on the format. Two, vinyl records are expensive format which can discourage some young fans from buying.

To ensure that you will sell enough, you should consider ordering in small quantities preferably 100 or 200 copies. It’s not much but not too small a number. You can also try setting up a pre-order period to have more gauge of how many would buy.

Before your pressing plants start to mass produce your vinyl records, they will send you a test pressing. This test pressing is your last chance at correcting any mistakes or distortions on your record so better review them carefully. You can then send your go signal after.

Vinyl record is a great format to release on.

Sure, it can be very challenging but it will surely be worth it. Just make sure to read through these 6 tips and I’m sure it would be less stressful and much more enjoyable.

Good luck,enjoy the process, and make sure to let us know once you’ve pressed your records.