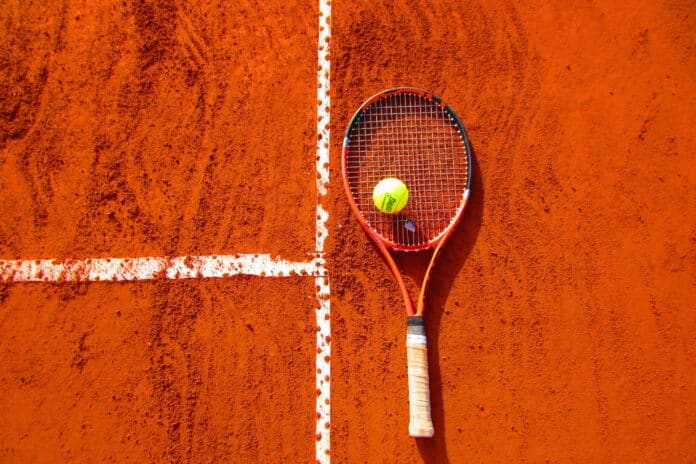 The 2021 US Open announced a genuine sea change in the world of tennis as finally, it appeared that the dominance of players like Novak Djokovic, Rafael Nadal, Roger Federer, and Serena Williams was well and truly over.

While the Serbian world number one will no doubt contest this, there can be no denying just how impressive the efforts were of young players like Emma Raducanu, Daniil Medvédev, Leylah Annie Fernandez, and Carlos Alcaraz. However, what also raised eyebrows was just how fashionable some of these new faces were, adding to the plethora of tennis pros who love their designer threads and accessories.

With this in mind, here are just some of the most switched on fashionistas that tennis boasts today.

She eclipsed everyone at the US Open, and stunned betting tipsters, following up a strong showing at Wimbledon to not drop a set on the way to her maiden grand slam title at Flushing Meadows.

Having majorly upset the odds out on New York’s hard courts, she then turned her attention to the Met Gala fashion event in the Big Apple, turning heads in a classic black and white number from Chanel. Pulling the look off in an effortless manner, it pointed towards her one day stepping out as a genuine sports fashionista. There is no doubt she will be heavily backed by fans and their sports free bets for upcoming WTA and grand slam tournaments, and there will be no shortage of people fancying her to branch out into fashion too, in an equally dramatic fashion.

No doubt plenty of other huge fashion brands will also be hoping to sign her up to lucrative endorsement deals, especially as her grand slam odds plummet and her world rankings soar.

Before Raducanu came along, all anyone could talk about in the world of tennis was Naomi Osaka, and many experts still see the grand slam winner as the most marketable individual in sport.

Her passion for fashion is well-known, having released her very own collection with Nike as well as being a global brand ambassador for Louis Vuitton. She was even co-chairperson for the 2021 Met Gala that was lit up by Raducanu.

This energetic French player is something of a veteran on the ATP Tour these days and is best known for his lung busting style of play and incredible feats of athleticism.

While he has an unmistakable style on the court, it is his flair off it that perhaps turns even more heads; being one of the most fashion-conscious men on the circuit. Not content with being a clothes horse like Nadal or Federer, the Frenchman blazes his own trail, donning the likes of Daniel Hechter alongside other pieces from companies such as Asics. He is also known to have an incredible watch collection, meaning he always has the perfect accompaniment to any outfit he dares to don.

Although her star is waning in the face of injuries and other commitments, Serena Williams remains a serious proposition on the WTA Tour, especially seeing as she is motivated to get her hands on the final grand slam title that would confirm her as the undisputed best player of all time.

In her spare time, she has risen to the top of the fashion industry, having already worked with a whole host of top designers and houses. Her own website is now a veritable fashion resource, where she sells everything from her very own S by Serena fashion line as well as detailing the numerous endorsement deals she has with major brands all around the globe. Not wanting to be outdone by Monfils, she has released her very own jewelry line, showing there really is no limit to what this tennis fashionista can do.