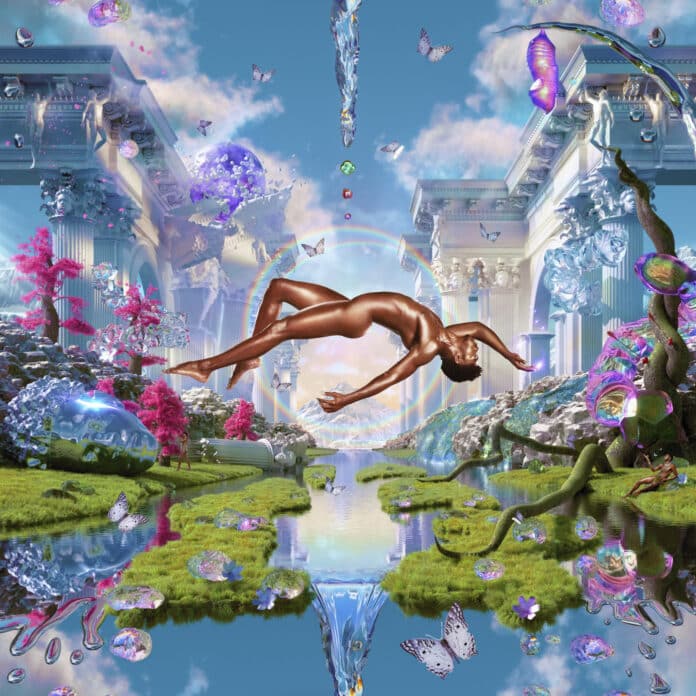 With his debut full-length album, the artist born Montero Lamar Hill opens himself up to criticism. It’s a force he’s been all too familiar with before he was even at the center of it, one he’s learned to extinguish with the signature wit and playfulness that made him stand out in the first place; the value of his music, however, as undeniably catchy and ubiquitous as it was, seemed deliberately placed below that of the meme, inscrutable in its own way. And sure, the country-rap crossover smash ‘Old Town Road’ may have been a subject for debate two years ago when it catapulted Lil Nas X to fame, but no one could reasonably argue about the qualities of the song itself, much less the musical abilities of the young phenom who managed to turn a $30 beat and a Nine Inch Nails sample into the longest-running No. 1 hit in the history of the Billboard Hot 100.

Lil Nas X had no interest building an anonymous career making kid-friendly novelty hits, as some of his detractors would have it, so he made sure his next move expressed his full authentic self, not a comedic persona – even, and especially, if the backlash was once again inevitable. ‘MONTERO (Call Me By Your Name)’, a comeback single that centered on queer desire and came with a video depicting Nas giving a lapdance to Satan, debuted atop the charts, and he had no issue keeping up the momentum with the triumphant, Jack Harlow-assisted ‘INDUSTRY BABY’. Nas’ debut album, also titled MONTERO, predictably attempts to offer a more intimate look into the pop-rap star’s life and past, but it also foregrounds the cultural significance its creator holds in the present moment – besides boasting guest appearances from Megan Thee Stallion, Doja Cat, Elton John, Miley Cyrus, and a production credit from Kanye West (on ‘INDUSTRY BABY’), it also features an unnecessary sound clip of his name being repeated in multiple award announcements.

“You’s a meme, you’s a joke, been a gimmick from the go,” Nas raps on ‘ONE OF ME’, and he spends much of MONTERO proving the opposite, largely by crafting an artistic statement that can be judged and enjoyed on its own terms. Executive produced by Take a Daytrip, the album does an effective job of balancing musical versatility and lyrical vulnerability, especially compared to his 2019 EP 7: genre-hopping is no substitute for a distinct sonic identity, and you still don’t get the sense that Nas is revealing his deepest thoughts, but the way he stretches the limits of genre to delve into his troubled upbringing, lingering insecurities, and anxieties about fame is certainly admirable. He leans on guitar-driven pop on the buoyant, Outkast-indebted ‘THAT’S WHAT I WANT’, briefly evokes the Postal Service before having you look for the obligatory (but non-existent) Travis Barker credit on the soaring pop-punk of ‘LOST IN CITADEL’, and goes full emo on ‘VOID’. Even more moving is ‘SUN GOES DOWN’, a tender ballad that sees him reflecting on his teenage years, singing with a calm but melancholy resolve, “These gay thoughts would always haunt me/ I prayed God would take it from me.”

Though its sensitivity never feels forced, the album’s most engaging tracks are still the ones that inject some of the playful personality he’s known for outside his music. The Doja Cat-featuring ‘SCOOP’ would be absurdly infectious whether or not it included the line “I ain’t talking guns when I ask where your dick at,” largely thanks to Nas’ unusually animated delivery. He brings the same joyous energy to ‘DOLLAR SIGN SLIME’, a collaboration with Megan Thee Stallion, who manages to stand out even with a verse that’s not among her brightest. For an album so preoccupied with loneliness, it’s incredible how packed with hooks it is, and its greatest accomplishment might be ‘DEAD RIGHT NOW’, which pairs the defiant horns and trap beats that dominate the album’s first half with the reflective, heartfelt lyricism of the second.

It’s all delivered with a touch of drama, which is precisely the point: Lil Nas X might be using MONTERO to introduce his real story to the world, but the reason it avoids the self-indulgence of some of today’s biggest rap records is that he’s aware of his role in the greater cultural landscape (the much shorter runtime doesn’t hurt, either). When he writes songs that function as letters to his younger self, he knows he’s also addressing thousands of queer fans looking for “something to lean on and relate to,” as one Genius commenter out it. He knows the resonance and impact of his place in pop culture goes beyond the actual music, but despite its flaws, MONTERO proves that also matters to him, as he’s clearly having fun jumping from one style to the next. The appearance of someone like Elton John might be partly symbolic, as is that of Miley Cyrus (whose father helped him claim the No. 1 spot with the ‘Old Town Road’ remix) on the closing track. But it’s also Nas pushing through the isolating uncertainty of stardom to make his message as loud and universal as possible: “Never forget me and everything I’ve done,” he sings, and this time, he’s not alone.

Album Review: Lil Nas X, 'MONTERO'With his debut full-length album, the artist born Montero Lamar Hill opens himself up to criticism. It’s a force he’s been all too familiar with before he was even at the center of it, one he’s learned to extinguish with the signature wit and...