How to Create a Fantastic Story Plot? 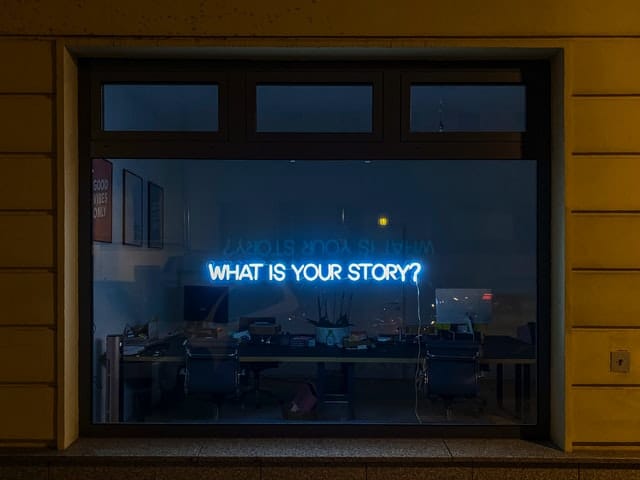 Have you ever wanted to write an excellent story plot? Do you have difficulty writing good stories? That guide, together with the tips on the story plot that I will give you below, will help you start writing and obtain a tale that will captivate everyone.

Now, let’s get to know what is the plot of a story!

What is a plot?

Sometimes, it can be unclear to understand the differences between a plot and a storyline. However, it is necessary to emphasize that they are different terms.

The plot could be defined as all the characters’ actions in chronological order without establishing relationships. Incidentally, these are the characteristics of an argumentative text.

Although they are different concepts, they go hand in hand. For the plot to become a great story, you have to structure it.

For the plot of a story to work, it must be composed of, basically, four important elements: characters (who are they?), their actions (what do they do?), their motivations (why do they do it?), and, finally, the setting (where and when do they do it?).

For these elements to be developed, it is essential to choose the type of narrator, the order of events, and the relationship that will be established between them.

Parts of the plot:

The plot of a story is usually made up of different parts, which have been established for many years.

The Greek philosopher Aristotle (382-322 BC) was the one who proposed a method for the composition of the plot, which was made up of three parts. This structure is the one that, to this day, continues to be followed in all stories.

It is the initial part of the story. Here you will have to introduce the characters and contextualize the story (place, time). You have to make quite clear the elements with which the reader will interact later on. For example, the introduction of a story would be to talk about Floppy, a little dog who got lost a long time ago and lives in the street.

In this part, you explain the conflict and guide the reader to the emotional peak of the story. Following the example of the plot of the previous story, the development of Floppy’s story would be the journey he has to go through to find his family again.

It is the final part of the plot. In this part of the plot, you have to solve the conflict exposed in the development. It does not necessarily have to be a solution in favor of the protagonists. Finally, returning to the example of the plot of Floppy’s story, the denouement can be that she managed to find her family and was happy again.

Elements of the story’s plot

Likewise, just as there are parts of a classic story, certain elements are part of the plot of a story. They usually feature unnoticed features, but you can make significant progress in your writing career if you learn to identify them. The elements of the plot are:

Obstacles in the plot of a story refer to the inconveniences that the protagonist faces throughout the story. These are important since they allow changing the plot in different ways or, in any case, enriching it.

To exemplify this, we will continue to take the example of Mike, a 15-year-old teenager who wants to be the best soccer player in his school. An obstacle that may arise during his story could be an injury that prevents him from participating in an important game.

On the other hand, we have the protagonist’s progress. Just as there will be obstacles in the story that modify the plot, the protagonist will have to face problems in different ways. It is what is called “progress.”

Following the previous example, after getting injured and being close to missing the most important game, Mike decides to talk to the coach to allow him to play the final minutes of the game.

Plot twists are those moments in the story in which the course of the story changes unexpectedly and abruptly. These twists should be well crafted to make an impact on readers and nurture the story.

For example, Mike realizes that the other finalist team is led by a boy who played with him when they were children. It will cause a substantial impact on the end of the story since Mike will feel more significant pressure.

The plot of a story is independent of the characters, as others can play them. However, certain levels require a specific profile for the character to function within the story’s context.

All these elements related to the plot of a story are essential to improve as writers, so try to practice with different levels and tales, identifying all the features you can.

In this case, plot types are mainly divided into six. In the following, we will delve into each of them:

Revelation plot: in this type of plot, the main feature is that the story comes to be resolved and ends for reasons that are above the protagonists. For example, when a war ends.

Resolution plot: this type is characterized by having an ending in which what was sought during the development is achieved or not. In simple words, it is when everything seen throughout the story reaches a concrete conclusion. It is usually one of the most used types of plots. For example, when a rival is defeated.

Parallel plot: this type of parallel plot is less common, but it is a great resource. It is used when two or more stories are told with a common connection resolved in the story. An example of this is when there are two main characters in a single story, and each experiences different things.

Argumentative plot: as its name suggests, this type of plot is based on the positions or opinions adopted in the story.

Narrative plot: this type of plot is composed of a recounting of events throughout the story.

In addition to all these types of plots that we have described for you, some are secondary. Like the previous ones, they meet the same parameters. However, the tone is more relaxed and about the main plot. This resource is usually used to give a greater degree of complexity to the story.

Here are some tips to make your story stand out from the crowd and captivate readers. Don’t miss it!

How to make the plot of a story interesting?

Okay, you have already decided to write, and you have mapped out the plot of your story. What to do now? You should read points below and take them into account when creating the plot of a story so that everyone will be excited to read your narration.

Think about the reader. You always have to be clear about who you are writing for. Even though you, as the author, could understand the whole story, you must keep in mind that not everyone has the grammatical knowledge that a writer could have. That is why, if your story is aimed at a children’s audience, make sure it has simple words and a plot that is easy to understand so that all children can enjoy it.

The simpler, the better. Don’t overcomplicate the plot of the story. It may cause the reader to lose interest. It does not mean that all your stories must be simple or with basic plots. You may read also paper help review to understand how to write simple and well. It is possible to make great stories being direct and clear in what you want to express. It is a matter of practice!

Keep the narrative structure. Establish the relationship between characters, space, time, and narrator. It will give coherence to your plot, and you won’t fall into unnecessary redundancies.

Interesting ending. The plot of a story usually has happy endings. However, it should not be typical, “and they lived happily ever after…”. Try to give a twist to the closing without forgetting the fluidity you maintained throughout the story. It will generate a significant impact on the reader, and your story will stand out.

Don’t explain everything. It is a common mistake when writing stories (especially those aimed at young children) to feel the need to explain every detail of the story. While it is true that children should use simple language, it does not mean that the entire narrative should be descriptive, as this will make your story boring.

We’ve reached the end of this article! We hope it has helped you a lot and that you put all your knowledge into action to create the best plot for a story.

Good luck, and let’s get to work!