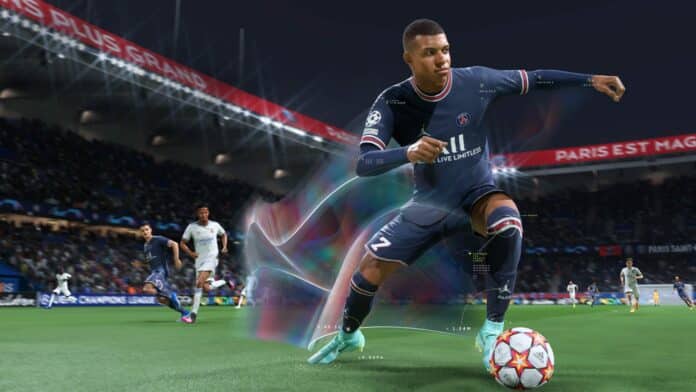 With the new FIFA release coming out, it seems only natural to post the bugs and strange glitches we found in the game that is the go-to for football fanatics.

Here are three glitches and bugs on FIFA 22 that you may find yourself.

FIFA is notoriously known for crap goalkeeping; either it’s too good or just utterly incompetent. The video below shows that a goalkeeper saves a shot and then dives under the ball, letting it go into the net. You don’t see a lot of that in real life, if at any time.

This is another example of a horrible bit of code by EA where the CPU scores a blatant own goal from a simple chip by the user. Luckily for the person playing, this wasn’t an online match, or someone would lose a controller. Yikes.

Unlike the two above, this glitch can be used more frequently due to its placement. A goal from the goal kick seems ridiculous, and whilst it does take another player to score, it looks like it can be used repeatedly by users in FIFA Ultimate Team and Seasons.

Other notable glitches & bugs on FIFA 22

There have been numerous reports of other bugs in the game concerning the goalkeepers, terrible defence, indirect freekicks, players names and numbers not showing, amongst others.

Here is a compilation by Alphyx on some of the hilarious glitches that the game holds at this moment in time.

5 Reasons Clash of Clans Remains Such a Popular Game