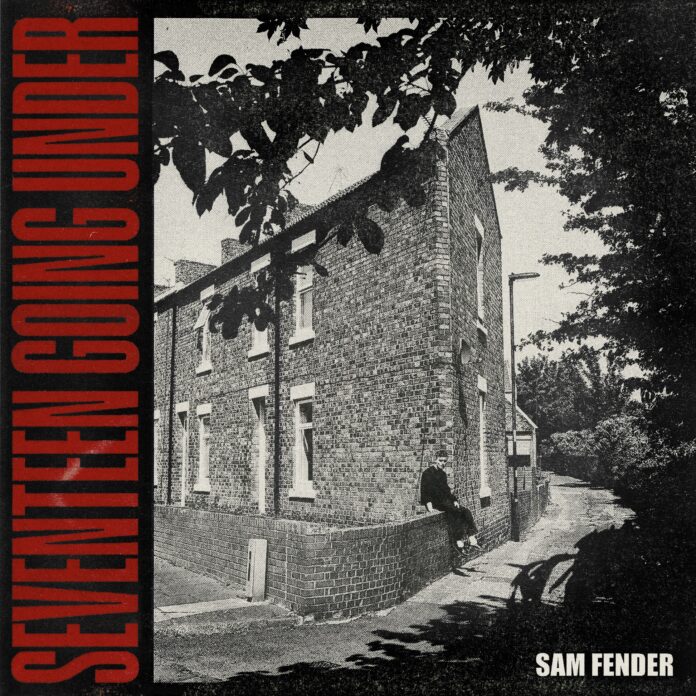 As a 27 year-old musician, Sam Fender has perhaps chosen distant subject matter for his sophomore record, Seventeen Going Under. But rather than simply peddling tales of his formative years or charting his rise to stardom – with a 2019 Critics’ Choice Award and a smash hit debut album under his belt, some might say he is in a position to do both – Fender delves deep into his current headspace by using his youth as a springboard. He reflects eloquently on a bleak political landscape but finds, occasionally, glints of freedom. Though transforming class struggles into indie-rock belters runs the risk of appearing shallow, Fender’s music overflows the bounds of its own earnestness and stunning clarity; in these tracks, despite drawing on so much desolation, he finds undeniable richness.

The album’s titular opening track, and the first single, is deceptive in its catchiness. Staging first “An embryonic love/ the first time that it scars,” Fender contemplates past wounds and the bitterness they leave behind: “That’s the thing with anger/ It begs to stick around/ So it can fleece you of your beauty.” Exuberant drums and a glorious saxophone section inject the track with a kind of bouncing resentment, a liveliness that beckons. “I see my mother/ The DWP see a number/ She cries on the floor encumbered,” Fender sings, casting hardship in perfect rhyme. The second track boasts frenetic drums and long lightning bolts of electric guitar that surge among Fender’s confident vocals, still tinged with bitterness. He holds youth’s prospect and restriction in perfect contention here, lamenting his teenage years as the “Cataclysmic age to be/ When you’re out of luck and your mother’s in need.” Vignettes like this reappear frequently, gaining meaning and complexity, as if the title track is a prologue from which the rest of the record’s interlocking narratives unfold. Crucially, Fender’s stories don’t feel repetitive: he is skilled at examining the different shadows cast by the same looming demons.

He has not, however, abandoned the directness characteristic of his previous work, and in ‘Aye’ he takes on capitalism and greed, condemning those who “Collect and deflect and abandon.” His lyrical skill provides the sole dose of glee amongst tireless misery (“Trade ties steeped in guile/ They knew the fall was coming all the while,” he growls in the second verse). This seems to run parallel to songs like ‘White Privilege’ on his debut, but the writing is yet more poignant, seething with an impeccably honed kind of sneer. Screeching guitar and layered harmonies appear distant but make his bellowing feel cacophonous as he attacks “The age old blatant mystery/ Subterfuge in synergy.” Fender’s derision gradually gives way to sheer despair and his cutting declarations spawn and fracture and fray, each final word severed until he is reduced to a stuttering wreck of fury. Societal flaws provide seemingly limitless fuel for any indie-rock exposé, but this one reaches the heights of an anthem.

Previous single ‘Get You Down’ swerves away from politics for a moment of self-examination, and sax echoes here not just the exhausting insistence of insecurity but the snatches of elation that arrive in moments when it is overcome. ‘Long Way Off’, however, with ominous piano melodies and a slow but explosive drumbeat, sheds this energy in favour of something more grave. There is, here, a particularly brilliant blend of personal narrative and wider perspective: “I owe it to my folks for giving me an understanding/ Of a world that shot my people down,” Fender considers. ‘Spit of You’, a widely acclaimed single, tunnels further into the personal to create a powerful reflection on father-son relations. A slower, Springsteen vibe is evident; the mingling of guitar and mandolin produces a backdrop both sunny and sombre against which truths ricochet. “I can talk to anyone,” Fender declares, but mourns, “I can’t talk to you.” This story feels particularly intimate, with a focus not just on childhood, but on a more recent coming of age, of the shocking moment when we finally view our parents not just as parents, but as people.

The album brims with such tenderness, countered, of course, by pervasive angst. In ‘The Leveller’, Fender watches as “Little England rips itself to pieces,” while the gently twinkling ‘Mantra’ dwells on the reminder to “stop trying to find comfort in these sociopaths/ Their beauty is exclusively on the surface.” Fender’s eloquence, despite its omnipresence on the record, still leaps up and blinds: “Every image of perfection starts a goldmine/ They gave you bulimia, those marketing masterminds,” he intones in ‘Paradigms’. The energy of this track is somewhat dimmed by the sincerity of the refrain, “And it breaks you up/ Over time,” skidding into the cry, “No one should feel like this.” Trailing this feeling of desperation, closer ‘Dying Light’ ripples with the sense of a young man returning to his hometown to face a devastating realisation of loss. Sparse piano melodies halt briefly and then resume, as if the track itself is gathering the strength required to continue; it is a tribute meant “For Mam and Dad and all my pals/ For all the ones who didn’t make the night.”

In this record, grief, frustration, and political despair find both expression and release. Fender has conjured masterful tales from the ghosts of his past, and with his as the fiery, fervent voice of the present, we may not have to lose hope just yet.