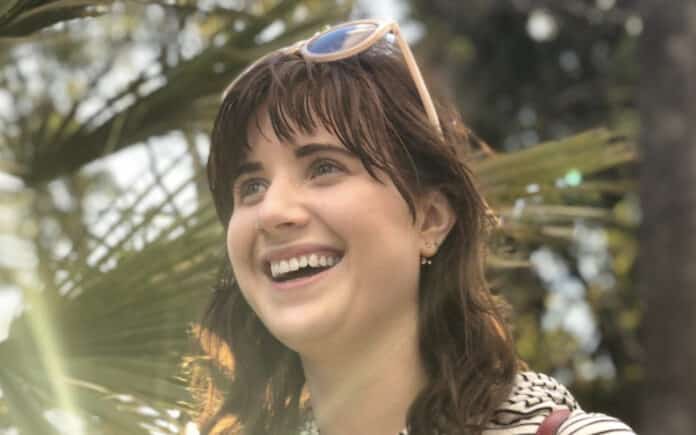 Kirsty Dua is a film director and writer who recently won the Jury Award at OC Shorts with a short film Don’t Bloody Look. The film follows 12-year-old Jess, who has just discovered she has started her period. After awkwardly buying some sanitary towels, we follow her journey home as she tries to go unnoticed.

To learn more about Dua’s newest film, we interviewed her about her beginnings and future plans.

Hi, how are you and how did you get into film?

Hello, I’m very excited to be given this opportunity and thrilled with the award given to my short film Don’t Bloody Look. From a young age I’ve had a fascination with storytelling and would often be found writing short stories or performing to family and friends. This love of storytelling naturally progressed into filmmaking, and I received my first camcorder at the age of 12. I would record everything and edit little films together! It was from this point I knew I had to get a career behind the camera. After leaving school, I took a video production diploma at college, before going on to Uni to practice the art of filmmaking.

What films do you feel influenced your style the most as a filmmaker?

I think ultimately every film I watch has an impact one way or another. For me, I get a lot of enjoyment out of films which are heavily stylised and I try to ensure production design plays a key role in my films. Moulin Rouge was the first film I watched where I was truly taken aback by the style and remember thinking I had never watched anything like it before. This definitely had a heavy influence on me, and I started to pay more attention to the design in all the films I watched.

How did the idea for Don’t Bloody Look come about?

The idea stemmed from the desire to write something that would have a positive impact on audiences. We’re often told to write from our own experiences and I started to think about what would have helped me when I was younger. After doing some research, I was saddened to see many young girls are still too embarrassed to talk about periods, and this can lead to them not asking for the support they need. I wanted to help both young men and women realise periods are very normal, and give young women the confidence to start their own discussions. The anxiety young women feel should not exist and we need to end the taboo.

What challenges did you face making the film?

As with most short films, we had very limited time and budget. We had two days to film in five different locations, which meant we had to be smart with our setups and work to a tight schedule. Working with children also needs an extra level of care in place, and ensuring they were comfortable with the entire process was at the forefront of the crew’s mind at all times. We also shot during the pandemic, which brings with it new challenges like working with social distancing in place, masks, a covid supervisor. There was a lot more to think about and we would often have to slightly alter the creative to align with these new measures.

You’ve got a growing a career in film, what projects do you have planned next?

Currently I am working on a short film script which is based on bullying. My hope is for this to be another film that could potentially help younger people who have the misfortune of experiencing being bullied and to encourage kindness. The second is a project based on Mental Health, in which I have partnered with some amazing people through Mindful Pictures and we are in the creative process now. We aim to keep raising awareness and breaking down the stigma.

If you could give some advice to aspiring filmmakers looking to get started in film, what would it be?

Just go for it! Don’t let anything hold you back. We don’t champion ourselves enough, and often doubt our skills or talent, or feel like we don’t have enough experience. With filmmaking the best way to learn is by doing, so you need to take that leap of faith, have courage in yourself and get out there. Don’t wait around for the opportunities, make them.

Lastly, if you could work with one director or writer who would it be and why?

This is a hard one as there are so many! I would have to say Lynne Ramsay. I admire her technique in portraying the characters she has developed and also how she can pick up on the tiny moments that help build the story. She’s incredibly talented and it would be an amazing experience to be able to work with her on a creative project.