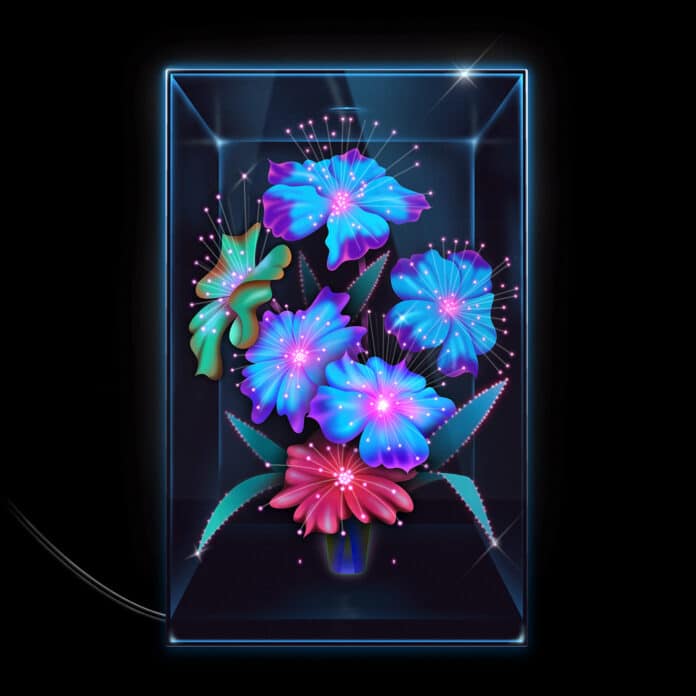 The realm of fantasy has always enticed Xenia Rubinos. Ever since her exuberant 2013 debut Magic Trix, the New York singer-songwriter’s dizzying concoction of punk, hip-hop, and jazz seemed to spring from a world of endless possibilities as her storytelling carried a hint of the surreal. Though proud of her Puerto Rican and Cuban heritage, her wariness about being boxed into the “Latin music” category on account of her background pushed her to invent new musical languages, and she eventually used her work to comment on the limitations imposed on her. Driven by that same boldness of spirit, her 2016 sophomore effort Black Terry Cat more overtly explored issues of identity and race while continuing to break boundaries and attracting further acclaim. Rubinos’ latest, Una Rosa, might be her most fully-realized and resonant release yet – though one that still refuses to adhere to musical or narrative conventions for the entirety of its duration, wandering instead in an exhilarating kind of liminal space.

Una Rosa doesn’t take a wholly different path from the one Rubinos carved out on her first two records, but it most effectively translates her innovative, fluid approach into an enduring statement. Here, the playfulness that marked her debut takes the form of high drama as she and longtime collaborator Marco Buccelli trade out the crunchy, abrasive sonics of her previous albums for a more expansive and cinematic palette that can feel confrontational and soulful at the same time. Yet it’s no surprise that the songs were actually assembled in a more spontaneous fashion, as it results in a fusion of sounds that feels organic and seamless – ‘Sacude’, her invigorating take on the Cuban rumba mode, segues into ‘Who Shot Ya?’, an AutoTuned rap referencing ‘I Shot the Sheriff’, before ‘Cógelo Suave’ presents us with an absurdly infectious jazz experiment.

This template allows Rubinos to step into the most immersive portrait of her experience she has delivered so far. In an interview with Rookie dating back to 2013, on the album release show for Magic Trix where she was surprised by her abuela, she spoke about absorbing her family’s culture and being inspired by the joyfulness of her grandmother, which she has strived to channel in her music ever since. Una Rosa is also not the first album of hers to incorporate the lullabies and hymns of her childhood. But its dreamlike theatricality renders both the memories and disparate influences that have shaped the singer’s formative years in stark, vivid detail, while its instinctiveness makes it feel like we’re entering a space of active imagination rather than reflection.

It opens with a few glances, a soft light following her gaze: “There she is… No, wait, there she is,” she coos, and while the figure remains elusive, in the liner notes Rubinos writes of Abuela Tavi, her great-grandmother, whose death she blamed on herself for not voicing a morbid dream she had a few days earlier. Here, she doesn’t attempt to conjure her spirit so much as chase some semblance of it: the following track, the titular ‘Una Rosa’, is a reimagining of a song written by Puerto Rican composer José Enrique Pedreira, whose melody haunted Rubinos for years until she was able to identify it. It was the melody a music box lamp once owned by her great-grandmother played, the same lamp that also adorns the album artwork.

The rest of the album less directly draws from various places, but the effect is just as evocative. While Rubinos has found exciting ways to play with all sorts of instruments since Magic Trix, including her voice, the vocal manipulations on Una Rosa open up a new avenue for expression. The AutoTuned vocals on ‘Ay Hombre’, she’s said, are a reference to Kanye West, but she utilizes them to showcase the astonishing range of her voice while integrating more Caribbean rhythms. Most striking of all is ‘Did My Best’, where, over a sparse electronic backdrop, the robotic distortion seems to force the unbearable weight of loss into a melody; her human voice eventually takes the lead, but its shadow remains not far behind. It’s a perfect example of how Rubinos’ presence can become a malleable force, accentuating her vulnerability while also allowing her to speak for others, like on ‘Don’t Put Me in Red’, where she insists, “Ask me where I’m going/ Don’t ask me where I’m from/ I speak in three languages/ You barely speak in one.”

Though Una Rosa is divided into a fiery A side and a more introspective B side, one of its biggest accomplishments is that it resists clear definition, and does so without diluting its emotional impact. Rubinos captures the sense of wonder and possibility inherent in fantasy but frames it as a chaotic performance grounded in the blurriness of reality and self. “What is this voice?/ And who is that?” she ponders at the end of the album. For what is her most compelling effort to date, one that’s bookended by the same musical motif, its lack of resolution might seem to betray a hint of uncertainty; but as Rubinos has explained, “There always has to be a message or there always has to be this takeaway from every song. And it’s hard for me, because it’s not so linear.” So she keeps the door open, turning the light on every now and then, hoping to catch a glimpse of the familiar.