Deserta, the project of former Saxon Shore/Midnight Faces member Matthew Doty, has announced his second album, Every Moment, Everything You Need. It’s out on February 25, 2022 via Felte. The new single ‘I’m So Tired’ is out now, following previous outing ‘Lost in the Weight’. Check it out and find the LP’s cover art and tracklist below.

“This song started out as a completely different song, a little more Echo & The Bunnymen sans the soaring vocals sounding,” Doty said of ‘I’m So Tired’ in a statement. “I didn’t feel like it was fitting in with the rest of the songs and I remember it taking quite a few tries to figure out what needed to change, to the point I would have scrapped it had the drums not already been tracked and sounding good. I also remember when it came together — my wife had just gone to work and usually by that time our son would be up and about. This day he happened to sleep in and I took advantage of it. I had to work fast so I simultaneously played a Moog bass line with my left hand and a Mellotron bell/flute combo with the right. When that second of the three chords played I knew that was the sound. I modified the melody from the first version which then became the chorus vocal melody and a lead guitar line, slapped an arpeggiated synth on there, mumbled some bullshit and there it is. A song.”

Deserta’s new album was mixed by David Fridmann and engineered by Chris Coady, with drums provided by James McAliser. It follows his 2020 debut, Black Aura My Sun.

Every Moment, Everything You Need Cover Artwork: 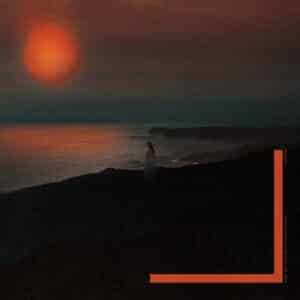 Every Moment, Everything You Need Tracklist: