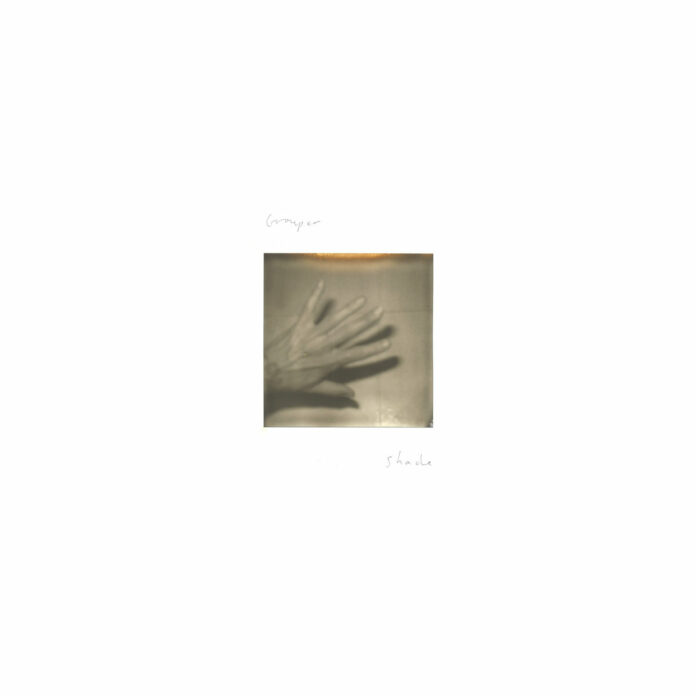 It is one thing for a piece of music to be aesthetically intimate, and another for it to feel intensely private by nature. Few artists can communicate that interiority as starkly as Liz Harris, the Pacific Northwest artist whose work under the moniker Grouper sounds at once born out of and in dialogue with its own reclusiveness. Because so many of the barriers that normally ground our listening experience dissolve when putting on one of her records, switching from headphones to speakers while someone else is in the room can feel like an act of personal betrayal; and also, strangely, a deep kind of exposure, like being aware you’re in a dream but having no idea what it all means or what others can see. Still, it’s compelling in the purest sense: you succumb to the lulling, aqueous flow of ambient sounds and murky effects but are drawn to the human attributes of Harris’ ethereal voice and the songs themselves, whatever form they may take.

Shade is Grouper’s first album since 2018’s Grid of Points, her second record following 2014’s Ruins that forewent the washed-out soundscapes of her earlier output in favor of greater sonic clarity and lyrical confessionalism. But the effect – of being left in an empty room where each unsuspecting visitor will somehow discover something different – had all but diminished. Shade doesn’t exactly continue that trajectory, serving instead as a loose document of Grouper’s artistic evolution. Its tracks were recorded over a period of 15 years – some on Mount Tamalpais during a self-made residency, others longer ago in Portland, while the rest were tracked more recently in Astoria. More than hinting at the different eras in Grouper’s discography, however, her 12th LP also eschews the distinct sense of time and place that have marked her last couple of albums.

It might seem natural to call this a collection of leftovers and B-sides, but that would ignore just how potently it manages to create that same effect. Though Shade may not feel as complete or wholly striking as some of Grouper’s best material, it almost feels truer to the spirit of her work, which has always evaded conventional structures and narratives to examine the contrasts between dissociation and engagement, distance and closeness, presence and absence. With each release, Harris turns the knob slightly in one direction or the other like one of her effects pedals, but Shade’s presentation feels suited not only to the feeling of displacement and non-linearity that permeates her music, but also her own process. I hear the resonance of something she said in a 2018 interview, where she mentions having 200 songs that had not been recorded: “It’s about a really intuitive sense of when something’s ready. I often feel, more and more so, that things just have to sit for a long time while I think about them and what I’m gonna do with them.”

And so rather than a collection of leftovers, Shade feels like a set of songs that, if not ready to see the light of day, are at least too pervasive to stay in the shadows. The sequencing magnifies those paradoxes that have previously crept through the edges of her music, like the more traditional songs that broke the waves of fuzz in 2013’s The Man Who Died in His Boat, but in a more disjointed and convincingly (if not truly) unintentional manner. Opener ‘Followed by the ocean’, with its mist of white noise recalling Dragging a Dead Deer Up a Hill as it sways along with Harris’ voice, situates you in some distant room before, suddenly, the sharp intimacy of ‘Unclean mind’ makes you feel like an intruder to someone’s subconscious. It trades the piano of her last records for acoustic guitar, its spare but gorgeous melodies carrying through to ‘Ode to the Blue’ and ‘Pale Interior’ before being disrupted, this time by the chaotic spaciousness and alien pulse of ‘Disordered Minds’.

“Disordered” might be a fitting description for the kind of feeling Harris attempts to evoke here, but all the songs have a certain shine to them that makes them feel connected, like long-held thoughts cohabiting the same space – a spontaneity that has stood the test of time. Drifting away from the temporal and spatial focus of past releases, Shade instead touches on more abstract experiences and relationships – Harris describes it as “an album about respite, and the coast, poetically and literally,” according to press materials; “how we frame ourselves in a landscape, how in turn it frames ourselves.” The songs are soaked in a deep blue, like the one that consumes her on ‘Kelso (blue sky)’, or the “blue of your mind” she can’t quite get a grip on, or the kind that “moves along the edges/ to the hiding place where clouds align.” It’s solitude and melancholy and the vastness we all conceal.

Shade is an ode to all those things, and in deftly weaving together not only the elements within a song, but the fragments of memory they each convey, it foregrounds Harris’ impeccable ability as an arranger. As the above quote suggests, the framing here is key: landscapes can mean not only the literal ones the music was inspired by, but the internal ones it represents. Even lyrically, Harris seems to be grappling with her role in presenting that landscape: ‘Unclean mind’ is a song about a relationship that doubles as a reflection on her art, with a plea like “Send an empty bottle to sea/ In a hollow and interior disguise/ Rearrange me.” ‘Pale Interior’ is even more direct, addressing the question of relating to a world where people “sit in hidden places waiting for the world to die.” In the stillness, she captures something remarkable: “Listening along as the clouds play through the tempo/ Time is pulling back a beauty so abrasive I can’t sleep at night.” So she lays there, like all of us, waiting.

Album Review: Grouper, 'Shade'It is one thing for a piece of music to be aesthetically intimate, and another for it to feel intensely private by nature. Few artists can communicate that interiority as starkly as Liz Harris, the Pacific Northwest artist whose work under the moniker Grouper...