The Most Unusual Movie Couples of All Time 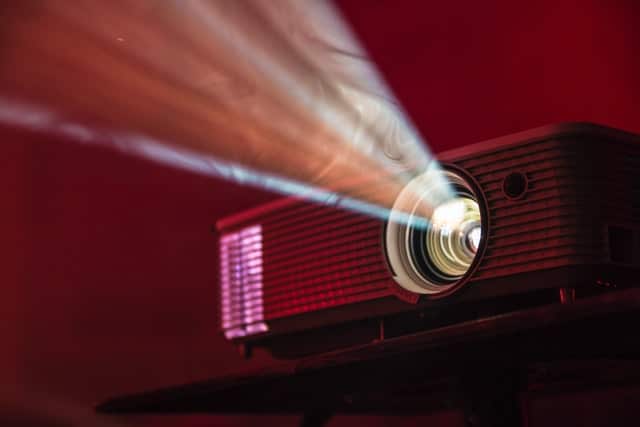 Lots of people hate romantic movies, believing they have nothing to do with breathtaking storylines and ambiguous characters. If you are one of such people, then watching these movies will help you change your mind.

How long does love live? The characters of Only Lovers Left Alive have proven that it can live forever. Adam and Eve are vampires whose love has definitely stood the test of time. They seem to know all the iconic artists of the last few centuries. Now the couple has decided to live separately, Eve in warm countries by the ocean and Adam in the most ordinary city. Everything changes when a flighty sister, Eva, stands in the way of the lovers. A struggle for love, blood, and survival lies ahead.

Could you imagine falling in love with a machine, like an RNG algorithm at TonyBet or an AI? If not, then Her will be quite a surprise for you.

A 21st century love story that won an Oscar for best screenplay starring Joaquin Phoenix, Amy Adams, and Scarlett Johansson. To escape his loneliness, writer Theodore buys mankind’s newest invention – an operating system that grants any wish. Now Samantha accompanies the hero every day, and he begins to fall in love with the technology, but will Samantha be faithful to Theodore, or will he have to return to the real world?

Love during the zombie apocalypse: When the planet is on the brink of extinction, and there is a real standoff between humans and zombies, only true feelings will help you survive. It is at this time that a zombie whose name in life began with the letter “R” decides to save the girl he was planning to eat. The relationship between R and Julie was the beginning of a big change in the world and proved that the saving key at all times is one, and that is love.

Eternal Sunshine Of The Spotless Mind, 2004

Joel is an ordinary shy guy living an unremarkable life. When the hero deviates from his usual route to work, he meets an extraordinary girl with bright blue hair. Joel and Clementine have so much in common, as if the characters have known each other for years. Who would have thought that in the past the heroes were even a couple, but decided to erase all memories of that period. There is one thing they did not think of: the heart remembers everything. Will they be able to rekindle the love they’ve forgotten?

Harold and Maude are considered perhaps the strangest romantic couple in cinema. The problem, of course, is the age difference. The melancholy son of wealthy parents, Harold is in his twenties, the vivacious old lady Maude is almost eighty. They meet at a funeral, which Harold likes to attend for nothing when he is not busy staging his own suicides, and unexpectedly turn out to be kindred spirits.

Another age-gap story, a standard melodrama disguised as a love story between a divorced woman in her thirties and an elderly pharmacist, Murphy, who is twice her age. Murphy helps Emma settle down and find her place in the provincial town where she moves with her twelve-year-old son. Although in Max Schott’s book, on which the film is based, Murphy and Emma remained friends, in the movie a real romance develops between the characters.

The romantic relationship between ghosts and living people will still be found in movies, but this story has the most prosperous ending. Gene Tierney plays Lucy Muir, a young widow who moves into a cottage by the sea with her daughter Anna. It turns out that there is another tenant in the cottage. It’s former homeowner Captain Daniel Gregg.

The captain doesn’t mind sharing his memories with the world, which Lucy carefully records for publication. A romance flares up between the ghost Gregg and his literary slave, but the couple realizes the hopelessness of the situation, and the ghost nobly yields his beloved to a living suitor. True, a couple more plot twists await the heroine until she is reunited in afterlife bliss with her true love.

Unusual novels seem to have been especially popular in the 1980s. Set in the early 1980s somewhere on the outskirts of Stockholm, Let the Right One In is a romantic horror novel. Oskar fails to make friends at school, where the boys lavish him with blows and bullying. But a strange girl with vampire tendencies comes to the apartment next door. Or maybe not a girl at all. Oscar is fine in the girl’s company, and she is literally ready to tear his abusers apart. Thanks to atmospheric camerawork, Let the Right One In almost reeks of a prickly frosty air that makes you cringe at the screen.