The Menicure: Nail Art For Men is In 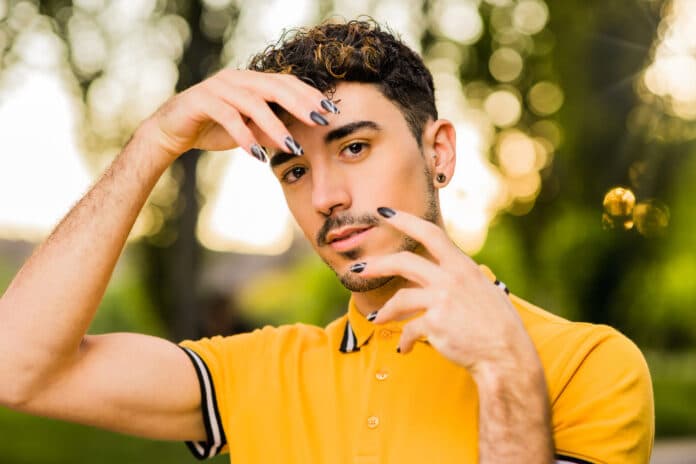 Fashion trends and beauty standards are always changing with the times, and we’ve seen quite a few over the years when it comes to men’s grooming habits, which at one point seemed to be exclusively functional. Frosted tips, lusty beards, perfectly groomed eyebrows, and now — nail art, and they’re nailing it. The manicure, or “menicure” as it has been recently coined, has become a super popular self-care habit this year among men from all walks of life. Celebrities like Harry Styles, Post Malone, A$AP Rocky, and even Brad Pitt have been sporting nail art as of late, and we have to say — we’re totally into it.

In the past, we’ve seen celebrity icons like Mick Jagger, Kurt Kobain, and David Bowie rocking freshly manicured digits, yet nail polish for men was rarely seen outside of the punk or grunge music scene or emo and goth subcultures. During this time, the “menicure” was seen as a symbol of rebellion and unlikely the average Joe could pull it off. But now we are seeing it everywhere, on men of all ages, from every domain, famous and unfamous. Anna Parvatalova, Creative Director for SNS Nails says, “I think one of the reasons we are seeing more men paint their nails is simply because there’s less stigma around it. I think more male celebrities are doing it. I’ve even seen popular streamers painting nails live in front of their audience, so it’s definitely something that’s likely to come across as less bizarre as it happens more and more.” –And it’s true, we are seeing it more and more.

Nail art has probably become increasingly popular among men because it’s a simple and low-maintenance way for them to express themselves. Think of nail art as a form of self expression like tattoos or piercings, but without the full-on commitment or regret. Almost anyone can paint their nails, and it’s easy to remove if you decide you don’t like it. From black and muted pastel varnishes to emojis and other symbols– these days, men are owning the nail art game and wearing it proud. Girlfriends everywhere, rejoice! Your boyfriend just may let you paint his nails this time.

For years, mainstream culture had reserved nail polishes soley for women, but now major fashion labels, such as Chanel are even securing the trend and creating nail polishes specifically geared towards men, and others seem to be following suit. “Fashion is a world that is constantly changing, especially when it comes to things traditionally associated as being masculine or feminine. The world of nails is no exception,” says Parvatalova.  Next time you go in for a handshake, don’t be surprised if you are greeted with some mega cool, manicured hands. With millennials and Gen Z-ers blurring the lines of gender stereotypes and everything seems to be becoming more fluid, the “menicure” may be here to stay, and we’re here for it.