Album Review: Marissa Nadler, ‘The Path of the Clouds’ 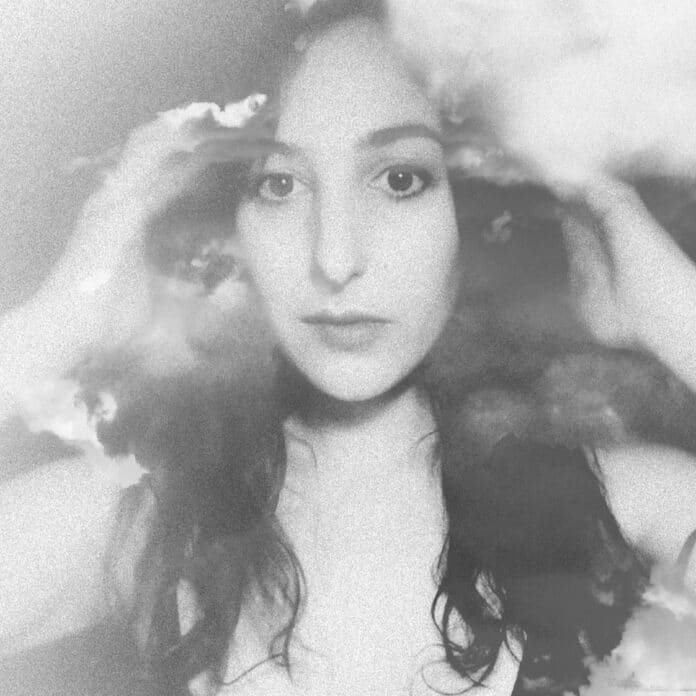 Much can be said about the explosion of the true crime genre over the past few years, but perhaps more disquieting than the stories themselves is what our fascination with them reveals about – and how it can affect – the human brain. With a tendency to prioritize fear over empathy and sensational taglines over facts, it’s an overwhelmingly conservative way of approaching not only the narrative form but the world in general. They get us hooked on paranoia and anxiety by framing them as the only rational pathway to survival, as if the only possible way to avoid danger is to disappear yourself – to obsess over trauma and scrutinize the minutiae of day-to-day life until it no longer feels like your own. Seeing as the pandemic robbed us of any semblance of normality, it’s no surprise true crime documentaries, which have always straddled the line between reality and fiction, were more popular than ever last year.

It was during lockdown that Marissa Nadler, the prolific songwriter who has spent the last 20 years developing her haunting style of dream folk, found herself watching Unsolved Mysteries, the documentary series that began in 1987 and ran for almost as many years before being rebooted as a Netflix show in 2020. Nadler may have delved into the series as a way of warding off writer’s block, but though these kinds of stories bear more than a passing resemblance to the ones she has told throughout her career, the artist does more than coldly relay them on her latest album, The Path of the Clouds. Instead, she uses them as inspiration in ways that are compelling and personal, disclosing her own relationship with the truths they convey. She neither subverts nor stays incredibly close to the narrative formula, but her framing is often subtly interesting and evocative. Opener ‘Bessie Did You Make It’, for instance, revolves around the disappearance of wilderness explorers Bessie and Glen Hyde, but recenters it as a tale of female resilience.

But though the song suggests a particular ending, it’s the titular question that echoes long after it stops playing. The mystery is what drives these songs more than the actual crime, which gives Nadler room to explore and adjust her focus as a writer. ‘Well Sometimes You Just Can’t Stay’ follows a similar line of inquiry as ‘Bessie Did You Make It’, pondering on the fate of the only successful escapees from Alcatraz – but though it starts off with a list of specifics, it ultimately lands on an emotionally ambiguous and intriguing note: “Well, you knew that you couldn’t stay,” she sings, her pensiveness transferring the song into the realm of the personal. The title track is about the infamous plane hijacker D.B. Cooper, but it mostly foregoes details in search of a poetic view of the story. “I’m lying awake thinking ‘bout the mess I made/ Did those memories fade?” she sings, and it’s like hearing her mind wander while watching an episode of the show, her conscience fading in and out.

Taking this approach to its natural conclusion, the majority of the songs on The Path of the Clouds don’t necessarily point to a particular set of events. They offer abstract meditations that are either so removed from or immersed in their original inspiration that revealing it would detract from their ambiguous, dreamlike resonance, the way it oscillates between factual and elegiac storytelling. If some of these songs could be read as allegories about love and personal transformation, however, Nadler brilliantly employs the internalized language of crime in a way that is both imaginative and powerful: “Leave your weapons at the door/ You don’t need them, you don’t need them/ Cause I’m not your killer anymore,” she declares on ‘Couldn’t Do the Killing’.

To reflect this liminal state of mind, Nadler experimented with new ways of constructing and bringing her music to life. She composed many of the songs on The Path of the Clouds, her first self-produced album, on piano, an instrument she learned during lockdown, and her process feels both intuitive and intentional as a result. More thrilling, though, is her decision to take the songs in a more cinematic direction, enlisting the likes of Cocteau Twins bassist Simon Raymonde, harpist Mary Lattimore, singer-songwriter Emma Ruth Rundle, and multi-instrumentalist Milky Burgess to add both texture and tension to the already immersive arrangements.

“Some freak storm drenched everything,” Nadler sings at one point, and some of the sounds here can feel like remnants of the past, like Amber Webber’s distant, mournful vocals and Lattimore’s shimmering harp on ‘Elegy’. Others are more like the storm itself, creating an ominous and oppressive atmosphere, like the distorted guitars and feedback Seth Manchester contributed to the mix. Nadler uses her new sonic tools to occasionally gesture at a sweeping transcendence, but there’s still a hazy quality to the music that feels apt, reserved for things that are lost to time but whose shadow one can never escape, not even when refashioned as entertainment. “I wish that I knew/ The shadow of gloom/ Is everywhere,” she continues, the proof all around her voice. “I hope it can’t find me here.”

Album Review: Marissa Nadler, 'The Path of the Clouds'Much can be said about the explosion of the true crime genre over the past few years, but perhaps more disquieting than the stories themselves is what our fascination with them reveals about – and how it can affect – the human brain. With...