Chastity Belt have announced a limited 7″, ‘Fake / Fear’, which is out on December 3. Along with the news, they’ve shared a video for the new track ‘Fear’. Check out the Eleanor Petry-directed visual below.

Chastity Belt’s Lydia Lund said of the new song in a statement:

I wrote the song a few summers ago based around a dream I had. At one point in the dream, I was opening door after door, noticing the fear build, then dissipate upon opening, then build again when I realized there was yet another door. It felt like my dream was giving me practice in noticing my fear as something separate from the thing causing the fear, as something potentially more harmful and unbearable.

About a year later I was recording vocals out at my parents’ place. My mom knocked on the door – ‘is there anything you want to talk to me about? Is there something you’re afraid of?’ At that point I’d become so detached from the lyrics of the song it took me a minute to realize she thought I was doing some kind of primal scream therapy. And I guess in a way I am.

Eleanor Petry commented on the video: “The Chastity Belt girls are some of my dearest friends, and working on these videos with them felt like the culmination of so many years of growing together. Cheryl Waters (of KEXP) connected us with her friend Holly Taylor, who has a film background and does Equestrian Therapy. Through her we were able to shoot with a whole herd of horses on this amazing property on Vashon Island.” 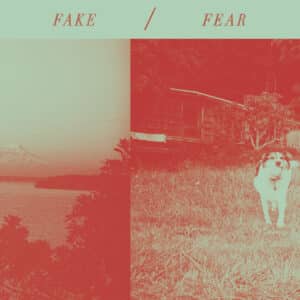