Let’s Eat Grandma, the duo of singer-songwriters Rosa Walton and Jenny Hollingworth, have announced their next album. Two Ribbons, which was co-produced by David Wrench and Let’s Eat Grandma, arrives April 8 via Transgressive. Today’s announcement comes with the release of the album’s title track, alongside a music video directed El Hardwick. Check it out below, and scroll down for the LP’s cover artwork and tracklist.

“‘Two Ribbons’ is a song I wrote to, and about, two of the closest people in my life, and how my relationships with them shifted over time through loss and life changes,” Hollingworth explained in a press release. “It touches on the isolating experience of grieving, our powerlessness in the face of death, and the visceral emotions of grief.” 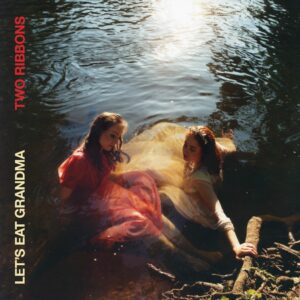